Clarence P. Hornung (1899-1998) was a most prolific designer. He began his career in the 1920s, working for the American Type Founders Company and designing decorative typefaces like the Tory initial below. 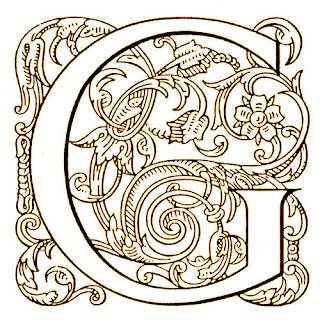 An early Hornung illustration of the great American type designer Frederic W. Goudy is in the same meticulous, masterful style. 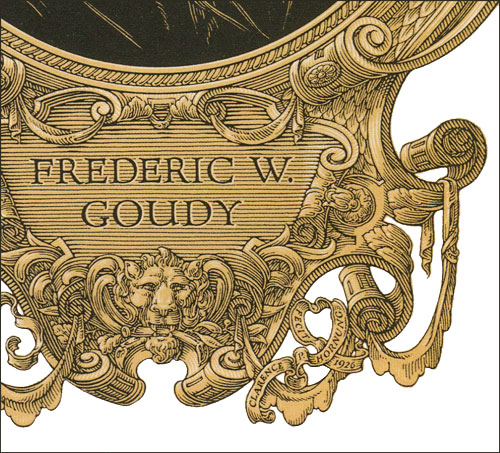 A nice touch in this 1926 illustration is the lettering of the inscription, which incorporates one of Goudy's own typefaces. Hornung and Goudy were friends, and this illustration is a beautiful tribute from one type designer to another.

Hornung also designed over 400 logos, many for major U.S. companies. The logos above are for the Encyclopedia Britannica, the American Type Founders Company, and Farrar & Rinehart Publishing. Hornung even designed a very early logo for General Motors.

Perhaps Hornung's most recognizable logo is the one he designed for Richfield Motor Oil, circa 1940. 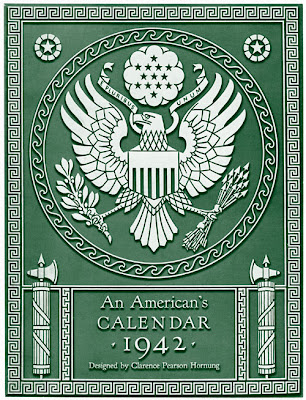 During World War II, Clarence P. Hornung contributed to the war effort by creating many designs with patriotic themes, like this 1942 calendar. In fact, he would later edit The American Eagle in Art and Design.

In 1965 Hornung released a boxed set of dozens of lithographs of historic American automobiles. He began his auto illustrations in 1949, after he learned that there was no pictorial history of American cars. Hornung was nicknamed "The Audubon of the Automobile," and his lithographs are still very collectible.

Clarence P. Hornung wrote and edited dozens of books on design, and many of those books are still in print from Dover Books. Aficionados of American antiques and folk art will recognize Hornung's definitive 2-volume Treasury of American Design.

If that weren't enough, Hornung created industrial designs and packaging, and even patented a camera. 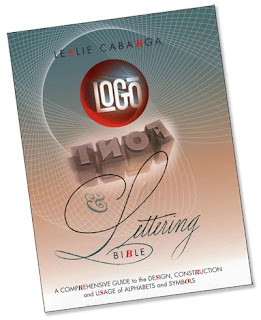 Leslie Cabarga, a good friend of Hornung and author of the excellent book, Logo, Font & Lettering Bible, writes some personal stories about Hornung, and relates how he died at a very late age with many design projects still in the works.