Pompeii No.43: The Right Pompeian Red

You may remember that when I started painting the Pompeii Room, I chose an earthy red that Sherwin Williams calls Ablaze. The Ablaze paint chip looks like the square below. 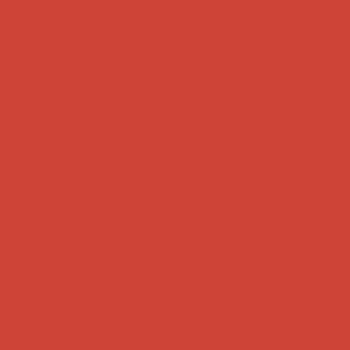 Certain paint colors — like red and yellow — can be tricky. When I study paint chips, I look at them in different lights, including taking the chip outdoors to see it in natural light. Nonetheless, the translation from chip to wall can be surprising. In my case, the almost brick red of the chip turned into a bright red on the wall. 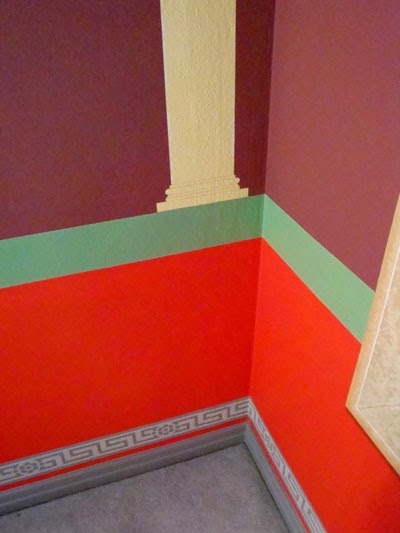 While Ablaze was a little too bright for my specific purpose, it probably would have been the hue that the Pompeians themselves preferred.

The Pompeians derived their reds from the earth, using — from left to right — red ochre, iron ore, hematite and madder root. The image on the far left (of red ochre) is from the Wilgie Mia Mine in Australia.

Of course, when working with stuff that was quite brown in its raw state, a brighter color would be the most preferred. The best red of Pompeii was a vermilion made from the cinnabar mineral. We've come to associate the word cinnabar with fine Asian objets d'art like the box below, in the Victoria & Albert Museum.

Despite the prestige of a bright red made from cinnabar, I opted to use a darker red, more like red ochre. My thought was that the darker red would better complement the auburn that is the base color for the upper panels. I went with a color Sherwin Williams calls Cochineal, and above you can see the difference between the before and after.

I bought two quarts of Cochineal and began painting over the original red. To my great dismay, the darker red would not cover the brighter red! I went to Sherwin Williams (I am not remunerated for mentioning the brand), and the employees there informed me that I would need to cover the original red with a gray primer, and then paint at least three coats of the Cochineal red.

I have to admit that for a moment I reverted to an earlier mode of expression. 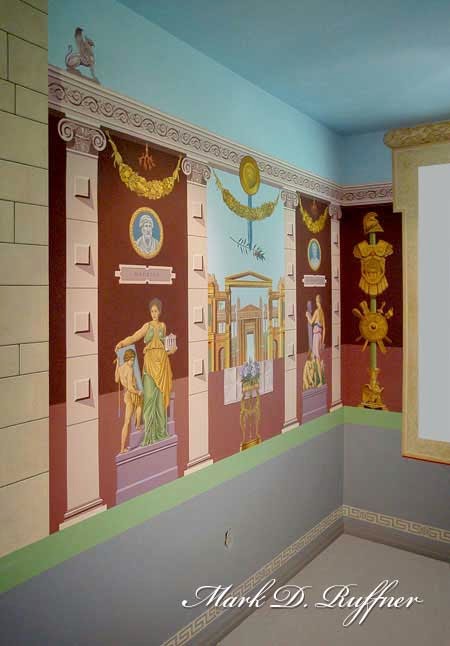 Here's the wainscoting brought back to a gray primer. The paint store said I would need a least three coats of the new red, but in fact I painted four coats of Cochineal.

Here you can see the progression from Ablaze to gray to Cochineal. The Cochineal is essentially the color of the window frame's original shadow. 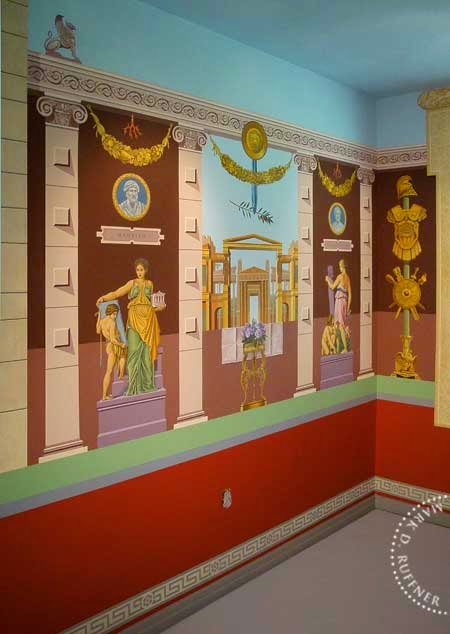 And here's the revised, deeper red. I still have to paint the switch plate, but I'm leaving that for a little later. In my next posting, we'll do something fun with that bar of gray, so I hope you'll check back then!
.