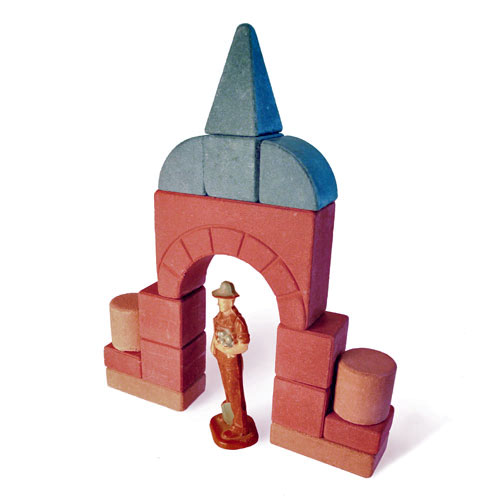 A favorite possession of mine is an early 20th century set of Anchor Building Blocks. It comes in a wooden box with a very richly decorated lithograph cover. 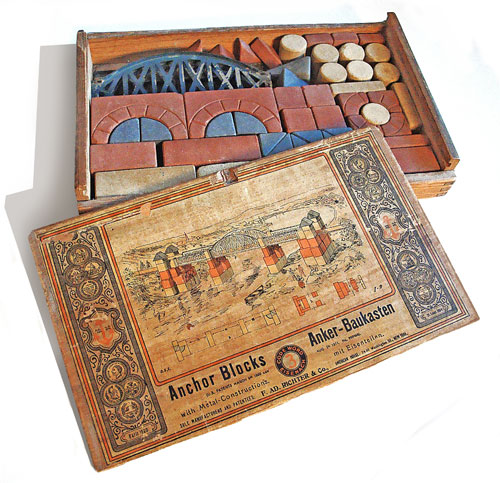 Otto and Gustav Lilienthal originated Anchor Blocks in the late 1800s. They had the idea of making building blocks that were actually stone-like, and fabricated them from quartz sand, chalk and linseed oil. The colors of red, blue and cream were meant to approximate brick, slate and limestone. Friedrich A. Richter bought the rights to the product in 1880 and sold the sets under his name by 1895. From 1880 until his death in 1910, 40,000 sets of Richter's Anchor Stone Building Sets were sold. 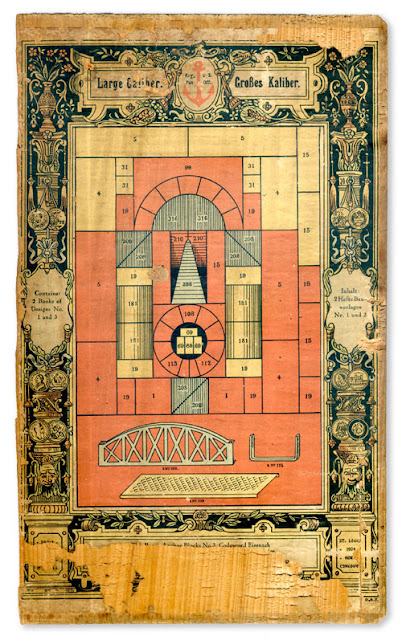 Here's what remains of the bottom side of the wooden lid. While the packaging evokes 16th or 17th century German decoration, the accompanying booklet is in the Art Nouveau style. 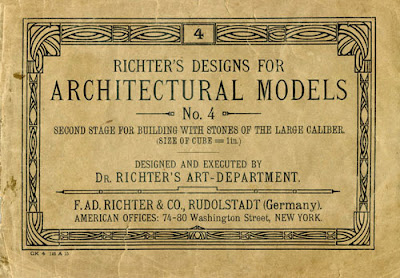 The interior pages are delightfully illustrated with dozens of construction plans, from simple to highly elaborate. Budding architects could supplement their sets, and some sets were sold with thousands of pieces! 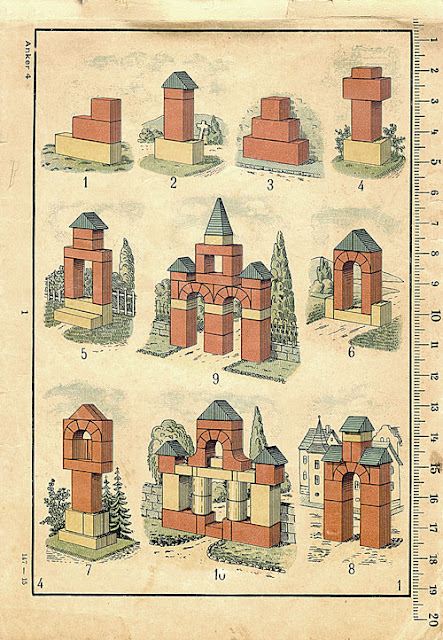 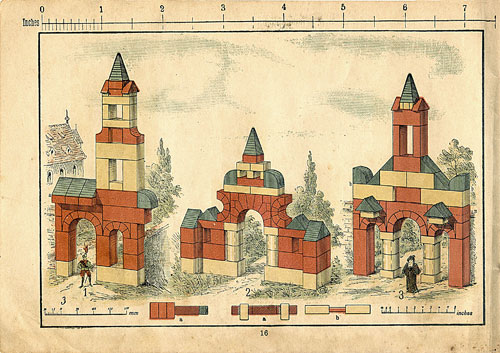 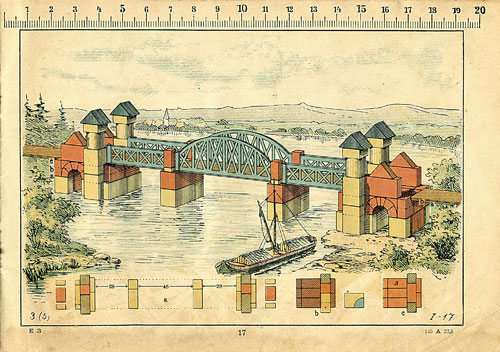 The back of the booklet advertises another Richter product, Meteor. Aspiring graphic designers could create images and patterns with colored marbles. 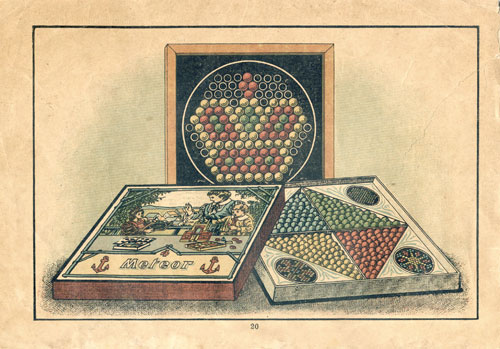 Anchor Blocks were produced through World War II as "stone," but under East German production, they were downgraded to plastic. In 1979, devotees of Anchor Blocks formed the Club of Anchor Friends. In 1995, with the help of the club, Dr. Georg Plenge restored the Anchor company under the name Anker Steinbaukasten GmbH. Today, authentic Anchor Blocks are sold at the KaDeWe department store in Berlin.