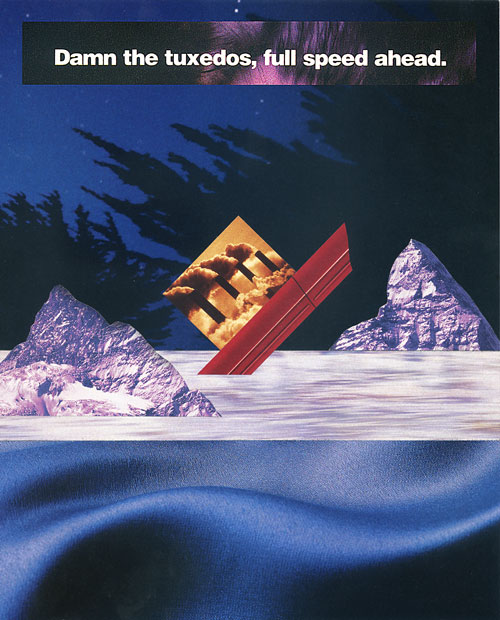 Today (April 15th) marks the 99th anniversary of the sinking of the RMS Titanic. The story of how the "indestructible" ship hit an iceberg is well known. Some people say that J. Bruce Ismay, the president of the White Star Line, encouraged Captain Smith to increase speed through the ice flows in order to set a record Atlantic crossing, though that has never been proven. But many factors of negligence came into play, and 1,517 souls were lost when the world's largest passenger steamship sank on its maiden voyage. The last living survivor, Millvina Dean of England, who was nine weeks old at the time of the sinking, died in 2009 at the age of 97.

The genesis for my collage was seeing the image of four smokestacks in a magazine. The Titanic also had four smokestacks, but the fourth one never functioned — it was just for show. Interestingly enough, I found the headline after I had started making the collage.
.
Posted by Mark D. Ruffner at 2:20 AM