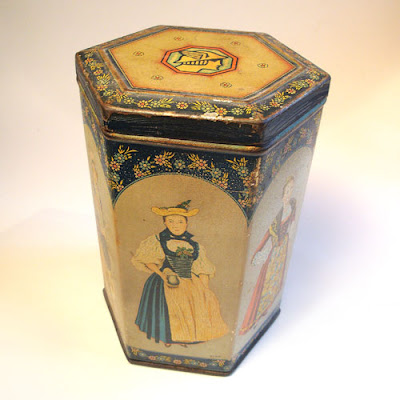 My maternal grandparents came to the United States from Switzerland, and the few possessions left from them are dearly treasured. Above is a coffee canister that belonged to my great-grandmother. She, my grandmother, my mother and I have all used it to store coffee. 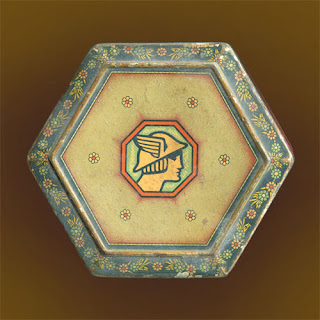 I'm guessing from the top that it dates between 1900-1910, though judging by the crackly lithographed surface of the sides, it could be earlier. The top depicts Mercury,  the name of the coffee brand and the god of commercial success — so appropriate for the Swiss! The sides depict the traditional dress of the various cantons (states) of Switzerland — I'll show them in pairs.

Switzerland has four languages — German, French, Italian and Romansh. Romansh has strong roots in the everyday Latin used by early Roman occupiers of the region, and is spoken by approximately 9% of the Swiss population. It's represented by the second side of the canister, Graubünden. Switzerland has 26 cantons in all, so this canister represents just a few of the country's striking costumes. 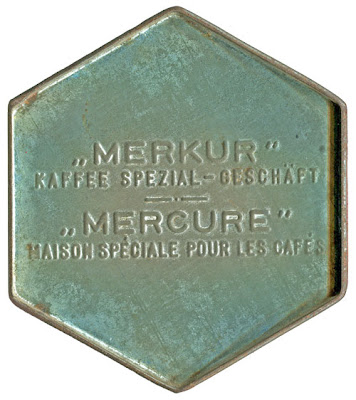 Naturally, in a country that is so multilingual, labels are often in several languages. This is the bottom of the canister.