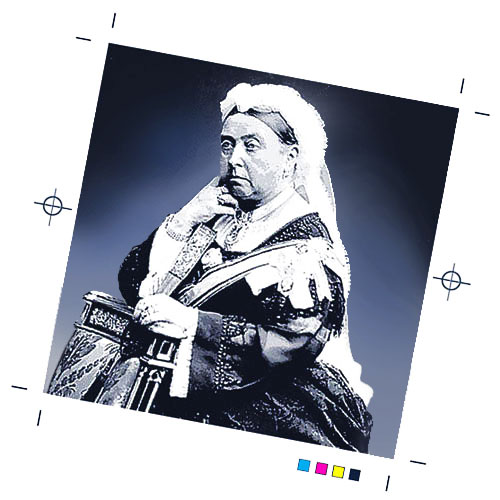 When Prince Albert died of typhoid fever in 1861 — at the tender age of 42 — Queen Victoria went into a deep depression. Then she went into seclusion and a period of mourning that lasted the remaining 40 years of her reign.


Obsessive in her mourning, Victoria had the Windsor blue room in which Albert died photographed so that servants could better preserve it just as it was at the moment of death. For the next 40 years, hot water was brought daily to Albert's shaving stand, as though he might return at the very next moment.
For the rest of her life, Queen Victoria wore black dresses and jet jewelry not unlike the handsome brooch above.

Jet is a form of high-carbon coal that occurs in water beds, and much of Victoria's jewelry was made from the jet found at the beach at Whitby, Yorkshire, England. For more information about jet and its interesting relationship to the Monkey Puzzle Tree, I encourage you to visit Where Five Valleys Meet and my blogging friend Rosemary's posting about Whitby, here.

The English public recognized that Victoria's mourning was excessive, and she went through periods of unpopularity because of her seclusion. The passage of time, several assassination attempts on the Queen's life, and the expansion of the British Empire under her reign softened that view.

In the process, Queen Victoria influenced the trend for long mourning periods and the wearing of black. Those unable to afford jet jewelry, or onyx, wore black glass. 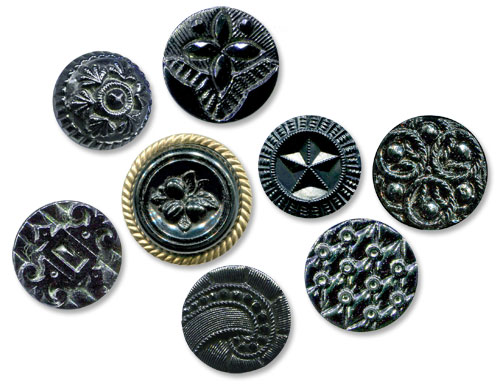 I recently attended a convention of antique button collectors, where I purchased these 19th-century black glass buttons. These are all in part a natural outgrowth of Queen Victoria's mourning. They measure half an inch in diameter, or less, and all came from molds. While not as lustrous as their jet counterparts, I think the detail of their designs is exceptional.