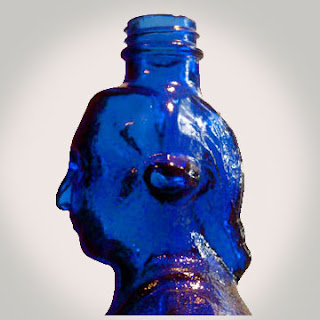 Have I mentioned that I'm a collector? Two years ago, my friend Sandy gave me two cobalt bottles from an estate sale, and that was all I needed as an excuse to start another collection!

I have one of those garden windows in my kitchen, and because I'm not a green thumb like so many of my blogging friends, I filled one entire shelf with cobalt bottles. (Notice the Spanish Moss hanging in the background.) 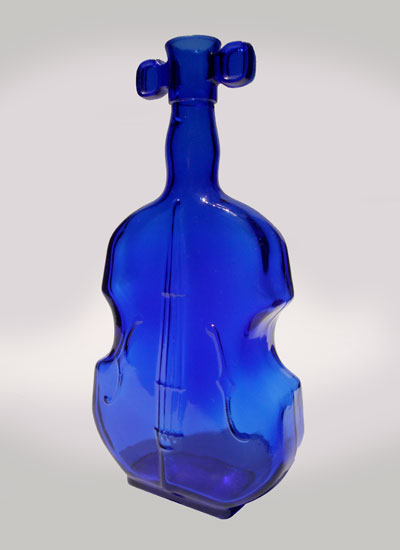 My favorite is this violin bottle. I'm not sure what filled it originally, but I'm guessing that it was a liqueur. Collectors call these "viobots" and they're hugely popular among bottle collectors, in fact there's even a Violin Bottle Collectors Association. Below is a sampling of other violin bottles. 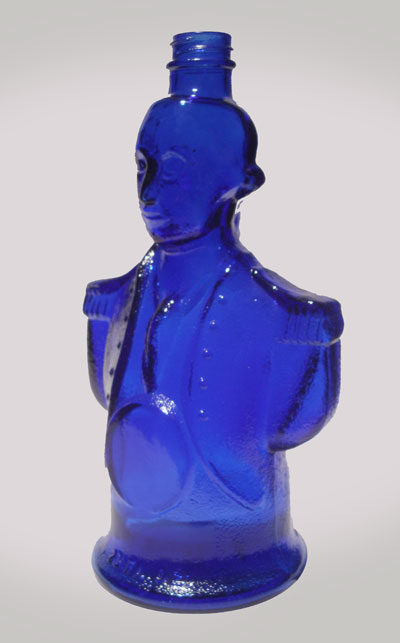 This 23 fl. oz. bottle of George Washington was definitely a liquor bottle, issued to commemorate the United States bicentennial. 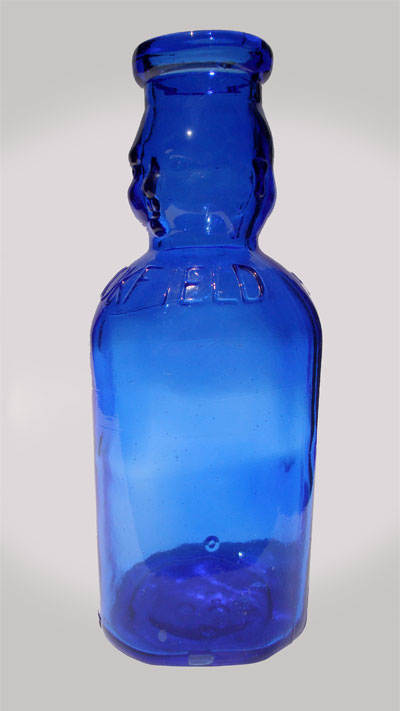 Here's a milk bottle with the name "Brookfield." The neck has a double baby face, so now we have a good idea of what the god Janus might have looked like at an earlier age. 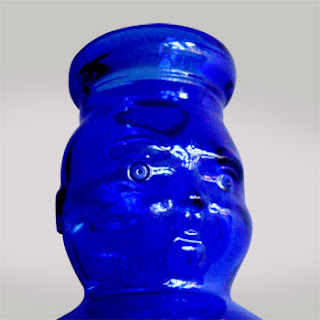 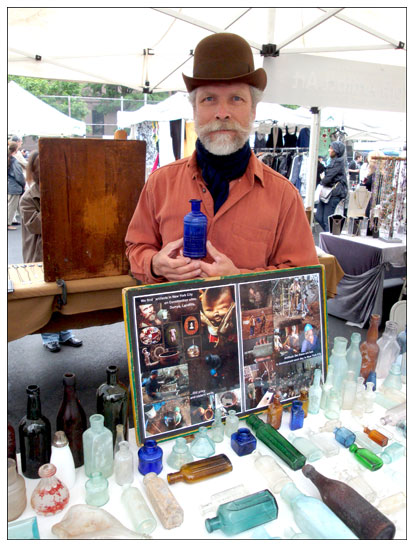 The last time I was in New York, I ran into Scott Jordan, a man with a most unusual pastime. Scott goes to New York building sites and gets permission to excavate before the heavy work begins.

Back in the 19th century, folks would regularly dispose of trash by throwing it into a backyard pit (researchers hit a bonanza when they dug up Thomas Edison's Menlo Park grounds), and of course bottles and china have survived.

Scott's holding a cobalt bottle that I bought from him. He dug it up at a New York City building site and it dates to the 1890s. It says 8 OUNCES, S.S. STAFFORD INKS, MADE IN THE U.S.A., and it has a spout. 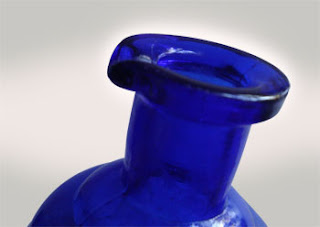 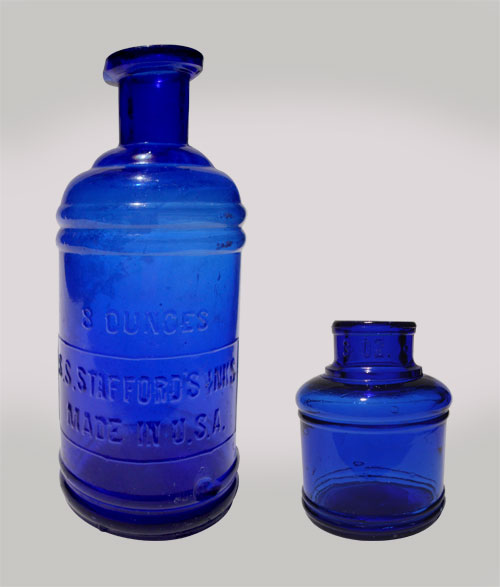 The bottle is referred to as a "master ink," and was used to fill smaller ink bottles, like the one on the right, which is from the same period.

Collecting cobalt bottles is very satisfying. One might spend a lot of money on early hand-blown bottles, but one can just as easily find lovely examples for just a few dollars.