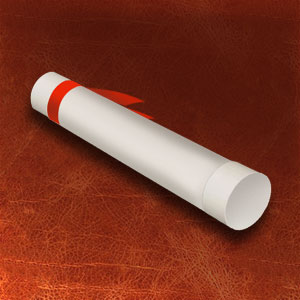 My blogging friend Steve, of An Urban Cottage, has been renovating the kitchen of his beautiful Greek Revival house, and recently solicited advice for what to put in a time capsule to mark the occasion.

I love the idea, and back when I was repositioning the front door of my own house, I did the same thing. I made my time capsule from a PVC pipe, which I also capped at both ends with PVC. Just to make sure that the eventual find was not mistaken for debris, I tied a red ribbon around the capsule, making it look like an old-time scroll case.

A time capsule fires the imagination of people of all ages, so by all means include your family, neighbors and friends. The process can have a magical effect for all involved. 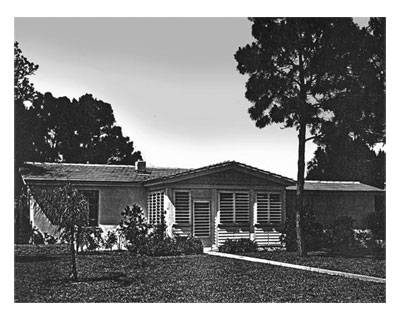 An important consideration is to show the original view of the house; I'm fortunate to have an image of my house from when it was only two years old (it's 65 now). 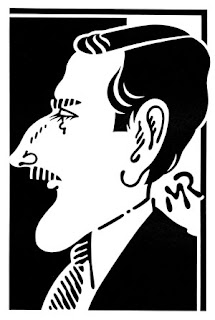 So that the finder might know something of previous owners, I placed this self-caricature, along with a long, chatty letter. I mentioned four citrus trees in my back yard, and they're already past history! 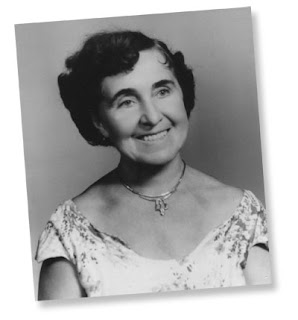 I also added a photograph of Rosemary, a colorful belle and prior owner who lived in the house for more than 36 years.

I included letters from family members, my immediate neighbors (who wrote down things I had never known about the neighborhood), and friends. The friend who installed the new door wrote a note. I also asked my friends to contribute small items of significance to themselves, and to talk about the symbolism. 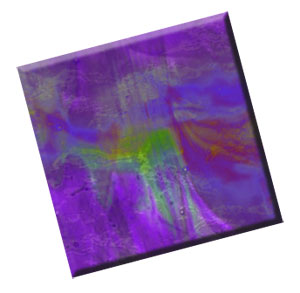 One friend, who is a stained glass artist, put in a piece of Kokomo glass. Friends added a Sea Urchin spine and Allamanda flower, both typical of this area.

A friend who spent years in advertising contributed a tear sheet of his commercial drawings and a coded message! 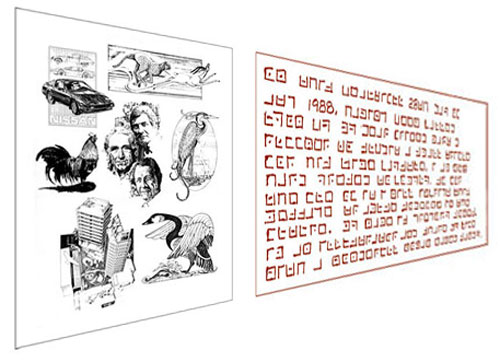 Another friend, proud of her Celtic heritage, put in a brass rubbing inspired by the Book of Kells. 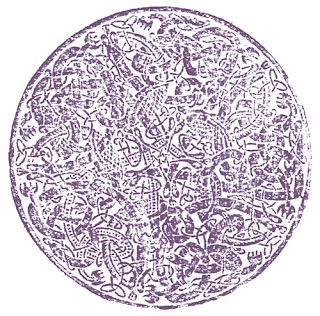 If you found a time capsule, you might want to know as much as possible about what was happening in the world at the moment the capsule was hidden. So I included a complete edition of the day's newspaper, as well as a magazine celebrating the city's centennial.

I also put some personal effects into the capsule, and then, just to make sure its discovery was an exciting moment, I added a 1921 silver dollar. 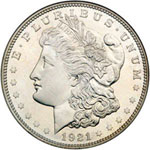 If you're a homeowner, there are numerous opportunities to create time capsules. What would you include?
.
Posted by Mark D. Ruffner at 6:30 AM