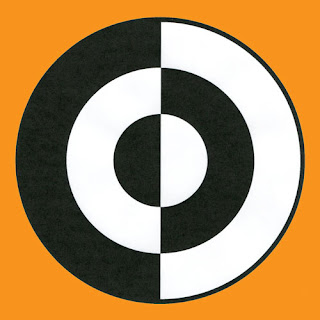 Back when I was in college, I often doodled as I listened to lectures. (Incidentally, studies have shown that doodling while listening makes the mind more retentive.) One of my recurring doodles was the image seen above, a very basic mandala. I was intrigued that a design so simple could be such a successful 3-dimensional illusion. Can you see the areas that are concave and convex? If not, just back away from your screen several feet.

Later, as I was reading the work of the psychologist Carl Yung, I discovered that he interpreted my doodle-mandala as representing separation from parents. That got my attention because I was, in fact, producing the mandala while I was away from home for the first extended period. I started to read more about Jung and his own interest in mandalas.


Jung himself saw the mandala as a healing tool (or an expression of healing), and he created mandalas — circular meditations — on a regular basis. His mandalas were often dream interpretations. Above is Carl Jung's first mandala. 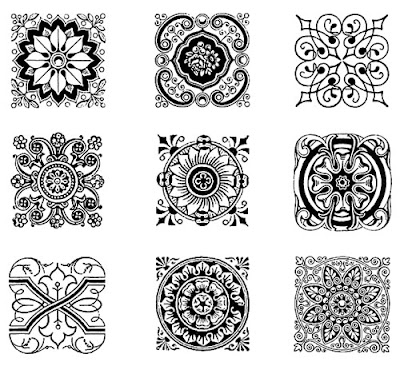 Here are some wonderful 19th-century type ornaments. Jung believed that circles and squares, and certainly circles within squares, were symbolic of wholeness. I'm always collecting images that could be mandalas or elements within mandalas, which is why I put these handsome ornaments aside in a file. 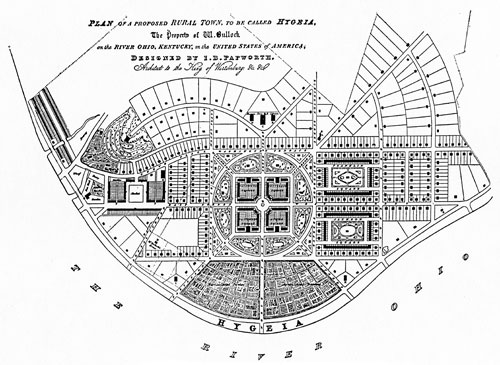 Or how about this 1827 utopian town plan by J. B. Papworth? The town center is a classic mandala, what's called "the circle squared." Perhaps Mr. Papworth was a student of Tibetan mandalas . . .


The Mandala of Yamantaka, above, comes from the fascinating book,
Mandala, by José and Miriam Argüelles, 1972. 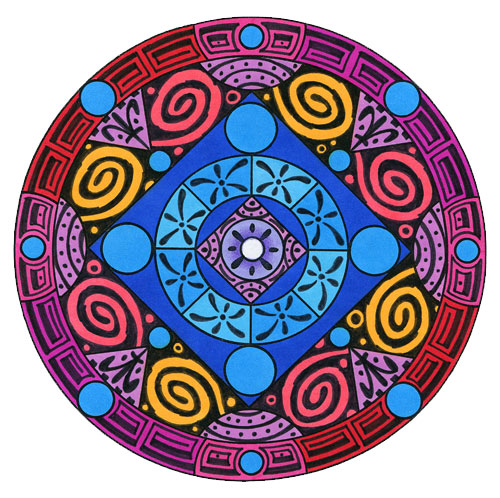 Here's one of my own mandalas — I call it The Blue Light Special. If you focus on it long enough, those blue dots will become quite hypnotic!

You can read more about my mandalas and how I create them here and here. In my next posting, I'll talk about a couple of mandala exercises. Stay tuned!
.
Posted by Mark D. Ruffner at 5:30 AM