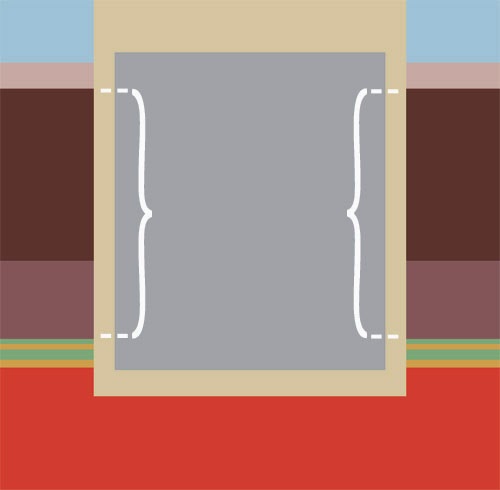 Here's the layout for the trophies, each painted in their flat, base colors. In the next two weeks we'll look at the left trophy and the right trophy respectively, and have fun with the details. I hope you'll join me then!
.
Posted by Mark D. Ruffner at 7:30 AM