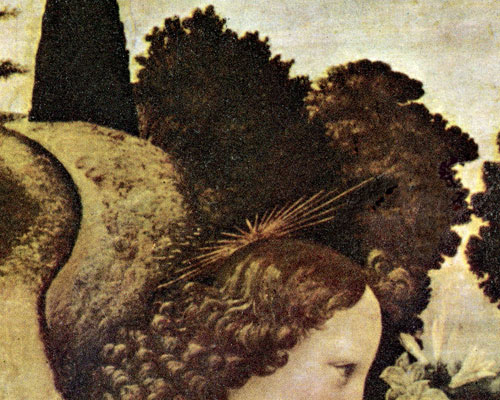 
... as does Bottecelli's angel, which now seems to both kneel and bow.
I find the progression interesting. Did the pose become a standard because it was seen as more aesthetic? Did it better please religious clients? Or perhaps these artists recognized that the pose contributed to a stronger composition. Notice that each one of these angels takes the shape of a triangle that leads the eye towards the space occupied by the Virgin. We can dwell on the folds of cloth, but which artists have most successfully lead the eye to the right through strong body movement and gesture? Leonardo and Bottecelli.
.
Posted by Mark D. Ruffner at 12:00 AM