A Great Buy in Arcadia 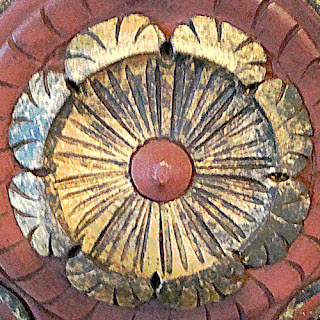 This past week, my friend Sandy and I took a day trip to Arcadia, Florida, which has a lot of antique shops. Arcadia is located near the center of Florida, and to get there, one passes through spaces that could best be described as Florida's equivalent of plains. 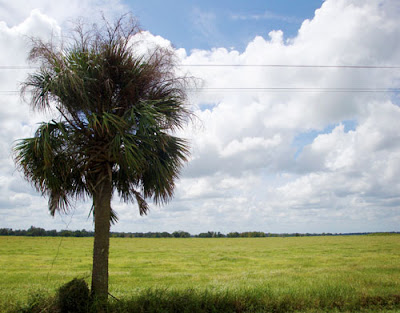 This is a typical view along the route.

One also sees many herds of cattle. The birds in the image below are cattle egrets. They pair up with the cows to groom them of bugs, and the two species appear to be the best of pals. 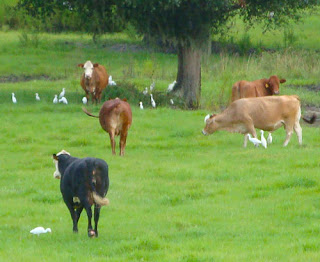 It might surprise you to know that Florida raises more beef cattle than the state of Texas! And because of that, Florida has a rich cowboy tradition. 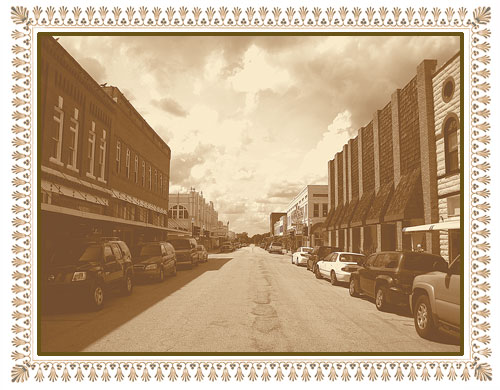 Arcadia was in fact a cowboy town, and if it weren't for those darn automobiles and all the paving, you could easily imagine cowboys riding right down the middle of this street, photographed at "high noon." 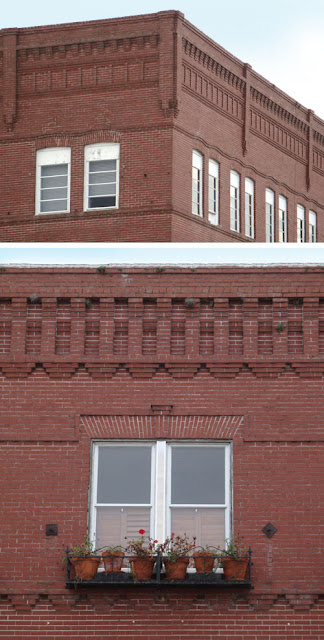 I enjoyed seeing all the old brickwork,
seemingly a lost art. 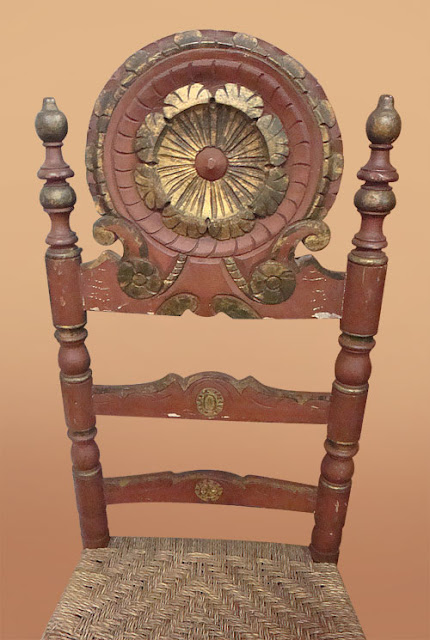 My purchase for the day was this ladder back chair, which I've outlined so you can see it better. I'm not sure of the age, but it's probably mid-19th century. It's called "Spanish Colonial." The chair needs a new seat, and the painting — which is not remarkable — needs to be redone. I'd never seen a chair like this, but I did a quick Web search and found its cousin up for auction:


Note that the circular design in both chairs is supported by similar scrolls, that the finials are consistent in design and gilding, that the gilding follows to all three slats in each chair, and that both chairs have rush seating. The estimated value of the chair at auction is $750-$1250. The price of my chair was ... $35.
.
Posted by Mark D. Ruffner at 2:00 AM