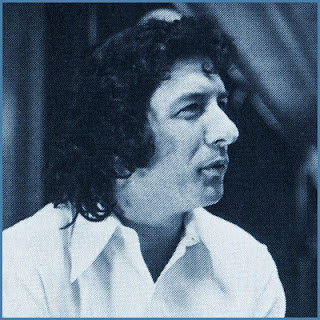 Richard Hess (1934-1991) started his career as a teenager, designing paint-by-number kits for the Palmer Paint Company of Detroit. Years later he must have enjoyed the irony of creating an Esquire magazine cover with a Lyndon Johnson paint-by-number portrait.

Hess always wanted to be a painter, but after his early days at the Palmer Paint Company, he found success instead as designer in the advertising world. After stints in advertising agencies in Detroit, Philadelphia and New York, Hess formed his own company and had a very successful career as an art director. His clients included IBM, Du Pont, Xerox, PanAm, AT&T and many more.

His work for Vista magazine was typical of his expansive talent — he would redesign the logo (which could be read correctly upside down) redesign the magazine format, and then paint the cover illustration. Above are Hess' logos for Vista, Franklin Typographers (with a positive and negative "F") and Perfect Film & Chemical Corporation.

As an art director, Richard Hess would assign work to the great illustrators of the 1970s, including Milton Glaser, but in a pinch he'd do an illustration, always with great success. Below is a drawing of Winston Churchill that Hess did at the last moment, when an illustrator missed an assignment deadline.

Starting in 1971, Hess began doing illustrations on a regular basis. He continued to art direct as well, essentially juggling two separate careers. He even named his company Hess & Hess. (Since this original posting, illustrator Mark Hess has verified that Hess & Hess referred to the collaborative work between him and his father.)


And I'll end with one of my favorite Hess paintings, his record cover illustration celebrating Charles Ive's 1974 centennial, for Columbia Records.


Richard Hess collaborated throughout the 1980s on illustrations with his son Mark Hess, whose style is very compatible. Mark Hess is equally talented, has illustrated numerous covers for Time magazine, and his work can be seen here.

Richard Hess died in August of 1991 at the age of 57. That same year, he was inducted into the Art Directors Club Hall of Fame.