I was noticing that my readers seem to enjoy looking at my posting on guilloche, and that got me thinking about our fascination with spirals, and a favorite American toy — the Spirograph!


If you were of a certain age in 1967, the biggest Christmas present of the year was Kenner's Spirograph. By fitting together a variety of plastic pieces, one could make an endless combination of guilloche patterns, or spirals. Kenner also sold a deluxe model, with many more pieces and the possibility of even more fun creations.

I missed out on the Spirograph because I was well beyond the age of those kids on the box cover; actually I was already away from home.

But in the 1950s, I played with the precursor of the Spirograph — the Magic Designer! 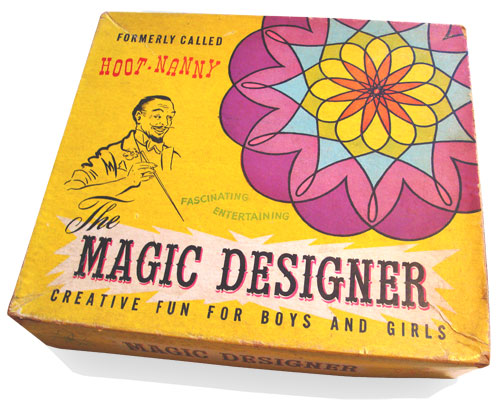 I still have it, box and all. 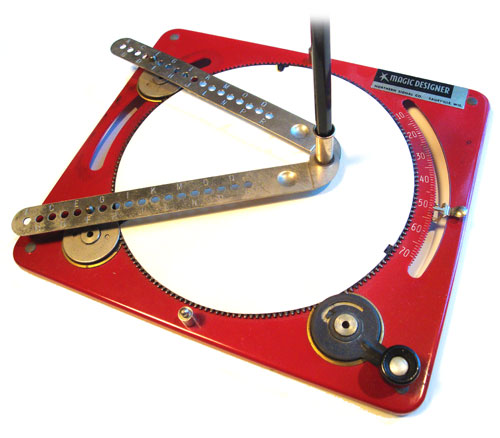 No plastic here — this was a designing machine! All the parts were metal, and the Magic Designer had the look of an engineering instrument. It came with its own neato paper die cuts for drawing. I still have a supply of those, too. 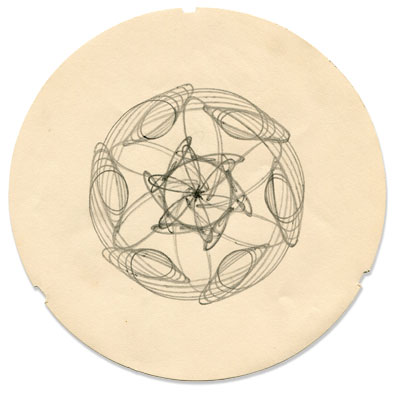 Below is information on the disc envelope for reordering. Note that the 6¢ postage would have been extra, for special handling! 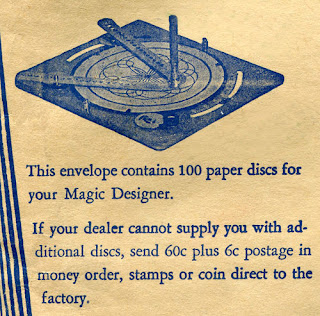 The Magic Designer was a hugely popular Christmas present in its own time, and I should know. The Christmas morning I received mine, I didn't get much time to play with it because my father and grandfather were having all the fun!

Today I enjoy creating mandalas, which occasionally appear spiral-like. I created the header of this posting on the computer. It's a better tool for such designs, but I wouldn't be surprised if the ultimate Spirograph is yet to come.