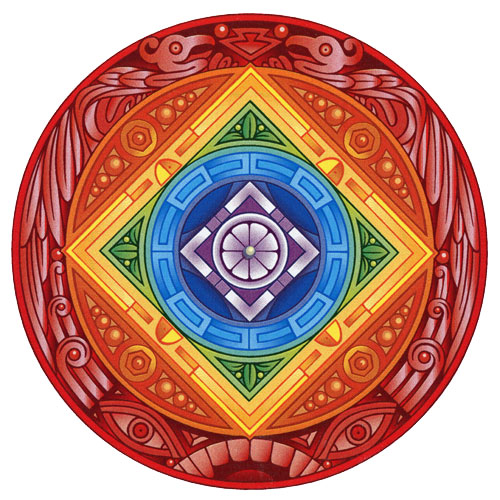 Here's a mandala that started out as a pencil drawing, and which I reconstructed later on the computer. The Adobe Illustrator program allowed me to achieve interesting effects with the gradient tool. 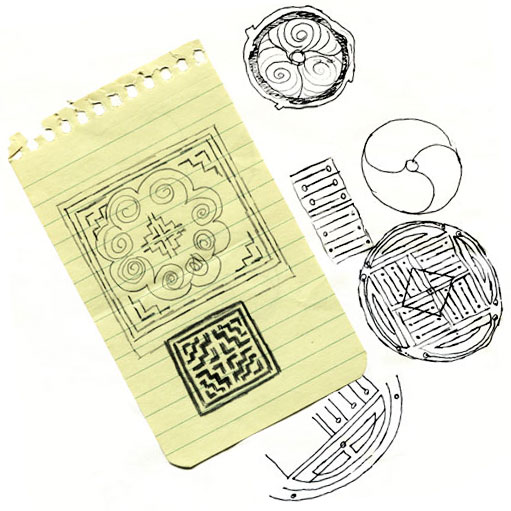 My mandalas often start out as no more than doodles, a solitary pastime as I wait for restaurant dinners to be served.

I've given a couple of workshops on mandalas and noticed that many people look at a seemingly elaborate design (like today's header) and say, "I don't know where to begin!" That's because they're seeing the whole and finished image, and not the symmetrical, repeating parts. 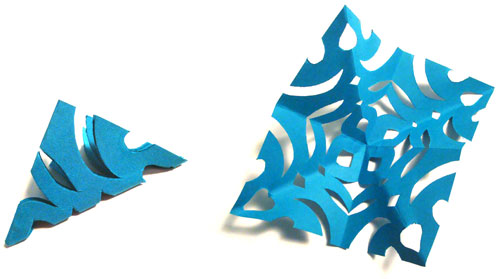 The making of a mandala is a process, and it's not unlike constructing a snowflake from folded paper. If you make a paper snowflake, you concentrate on a sub-unit that will be repeated, and the final result will reveal itself later (and be a surprise). Mandalas can also reveal themselves, and of course you can edit and refine your design. 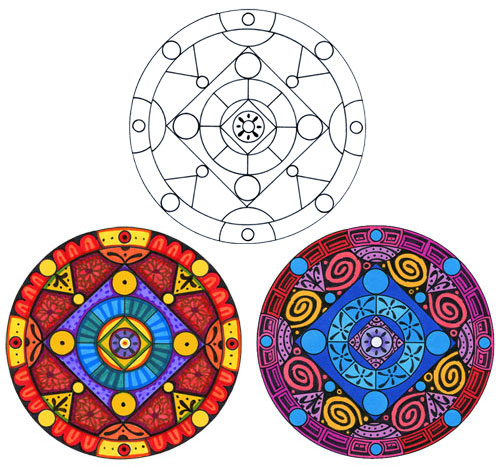 One fun approach to making a mandala is to create a simple black and white line mandala and then to use it as a template for a variety of interior designs and colorations. They can all have very different personalities. 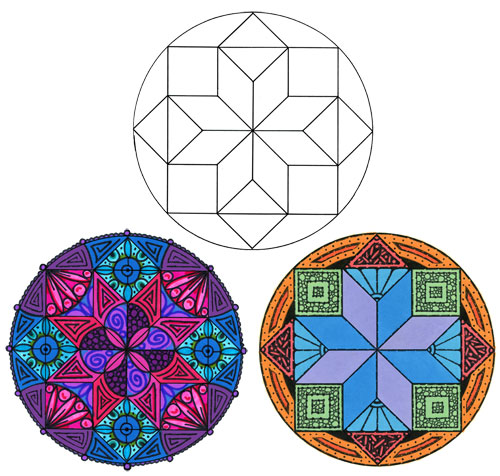 I do this often, and as you can see, the template is just a starting point for which there are countless possibilities. It can be very meditative, and it's a lot of fun!