The Anatomy of a Family Painting 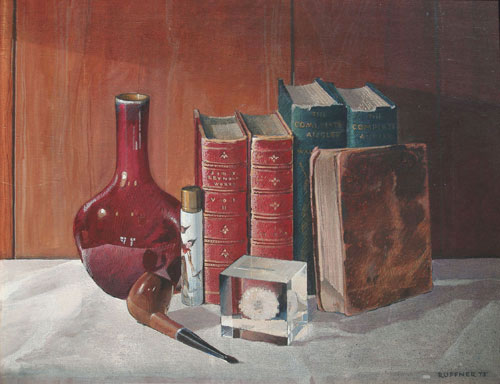 Hanging in my study is a still life that my father painted. I like it on many different levels. First, of course, it has meaning to me because my father painted it. I also like the fact that it has a masculine quality — I imagine that it might have been hanging behind Alistair Cooke as he introduced episodes of Masterpiece Theater. I like it as an exercise in light and shadow. And finally, it pleases me that the still life depicts items that are now in my possession. 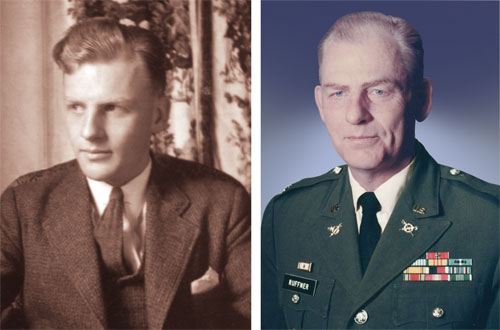 My father was an interesting personality. During the week, he was a military man who dealt in finance and logistics. But in his off-hours, my father gardened, studied history and painted. He had gotten a degree in architecture from Cornell University in the 1930s, but upon graduation faced a job market much like today's. So he entered the U. S. Army through ROTC, and was initially in the Cavalry (yes, the United States had a cavalry right up to the beginning of World War II!). Because my father was a very reserved person, his outlets were all quite reflective.

I could list another reason the still life appeals to me — the items within it mirror that reflective personality. 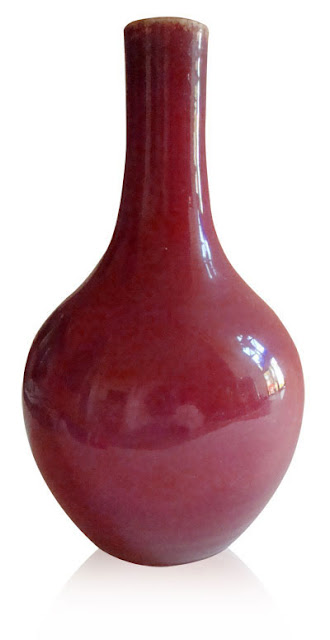 My father was not the collector that I am, but he did accumulate some good Asian antiques. He was particularly fond of celadon and a glaze that's known as "ox-blood." This jar was one of his favorites because the ox-blood red is particularly deep and rich in color. This is, I believe, a Korean antique.

My father smoked this pipe occasionally, but it may have belonged to my maternal grandfather. They admired each other and both, incidentally, died from cancer. I cherish this pipe but have never smoked!

This lovely little perfume vial always lived on my mother's bedroom dresser, and I assume it was a gift from my father. I'd love to know more about it. It looks quite European, even though the decoration appears to be of a Thai dancer. 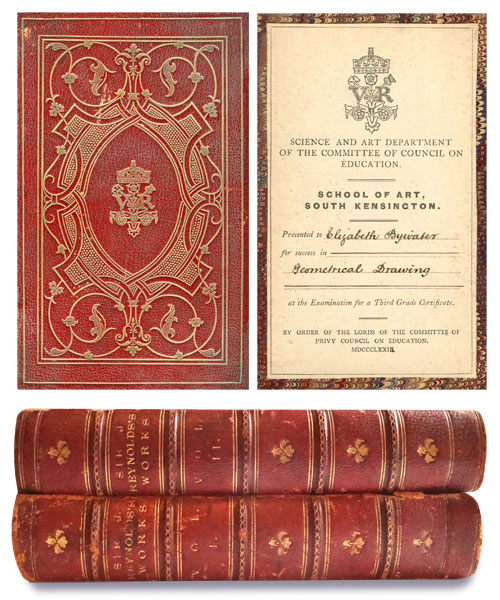 Here are volumes I & II of the writings of Sir Joshua Reynolds. They were awarded to Elizabeth Bywater in 1873 for her proficiency in Geometrical Drawing.

The other items in the painting have scattered to the winds. One was a remarkable paperweight of a dandelion floating in Lucite. It was a gift to my father from a classmate of mine, and as the years went by the Lucite slowly yellowed and clouded. The dog-eared brown book was an American textbook from the 1820s. My father enjoyed it because a young student from that time had penned anti-Jefferson comments in the margins. The two green volumes were a 19th-century edition of Isaak Walton's The Compleat Angler. They were gifted to my father's best friend after he delivered the eulogy at my father's memorial service.

In a sense, this painting is a family portrait, and when I look at it, I respond to it as though it were a window onto my past.
.