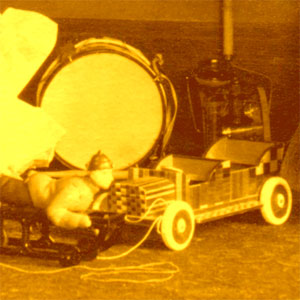 My grandfather Ruffner worked for the Eastman Kodak Company during its early days, so my father's childhood was as well documented as one's family life might have been decades later. (In fact we have indoor home movies from the 1920s.) 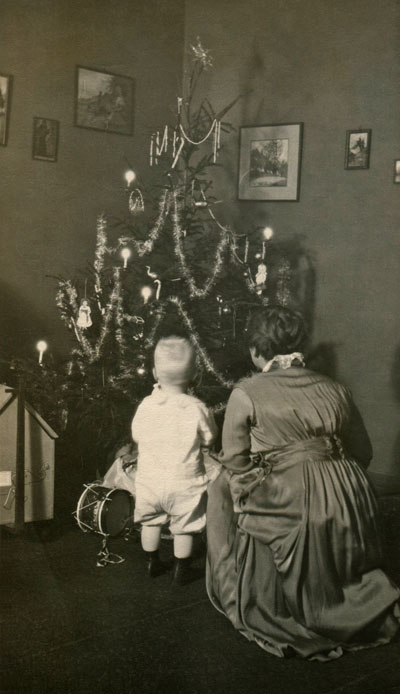 Here's an image of my father and grandmother looking at his first Christmas tree, in 1915. He was almost a year old. The lights are lit candles, and my father — who remembered later trees with candles — said that there was always a bucket of water nearby, and that the lit candle-viewing would last for only about a minute. 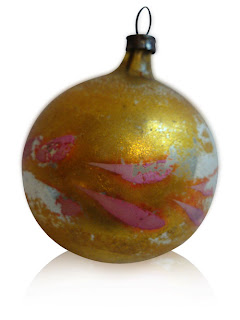 Here's a Christmas ornament from that very same long-ago tree. Every year it gets packed into a box of its own.

Here's what my dad received as gifts in 1915. My grandfather made the wooden toy box, and then, rather than paint it, covered it with a tan wallpaper.


I hope you enjoyed this "Kodak moment!"