The Legends of Joel Nakamura 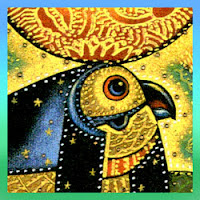 As I've mentioned before, one perk of working in the world of advertising and publishing (particularly if one loves paper) is to receive well-made paper sample books, also called catalogs. 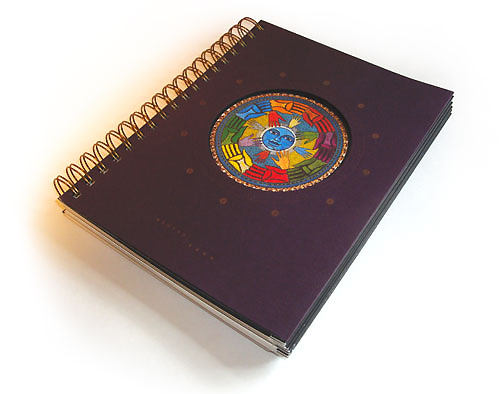 Paper catalogs can often be inspiring because they're vehicles by which paper companies, design groups, illustrators, photographers and printers all show off their best work. The catalog above, from Georgia-Pacific Papers, also doubled as a calendar for the year 2000 — pretty clever when one considers that the client (myself) would carry around Georgia-Pacific's paper samples all year long.

The calendar featured the distinctive paintings of Joel Nakamura, who created more than a dozen works based on world mythology. His paintings are on metal, with richly ornamented borders that serve as frames. Here are some of Nakamura's paintings, along with text by Michael Koster: 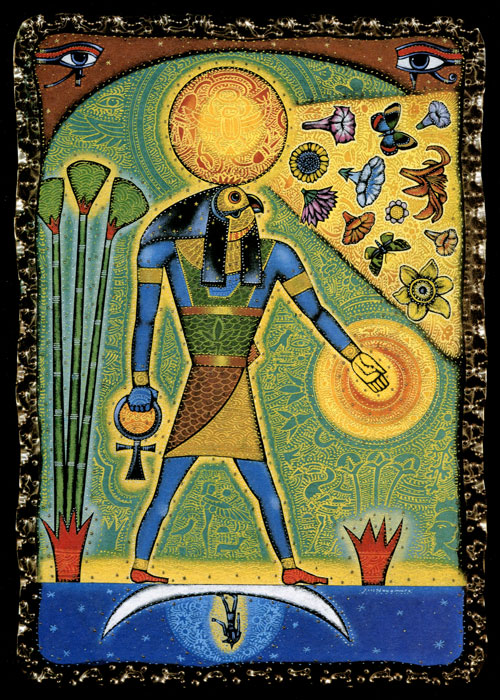 The Egyptian legend of the sun. Each day at dawn the sun was born from the sky. He attained maturity by mid-day and aged by evening. At nightfall he entered the underworld. Each day, month and year, renewed the creation of the world. 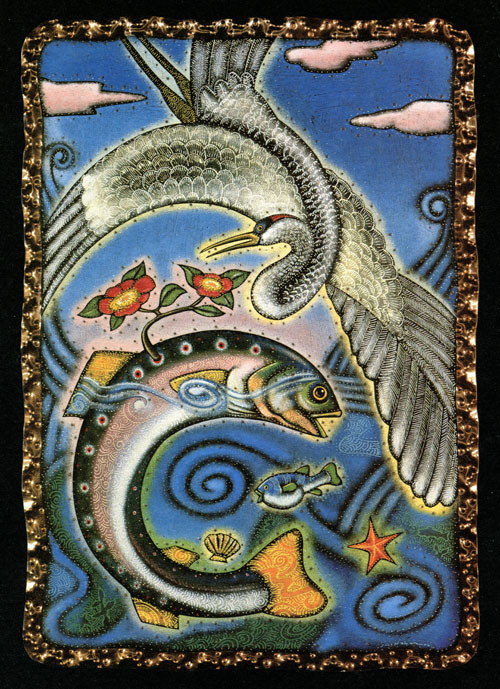 The Japanese legend of the creation of land and sea. Kaumi created an enormous ocean resting on the back of a giant trout. He sent a bird to form areas of dry land by beating its wings and trampling the mud with its feet. 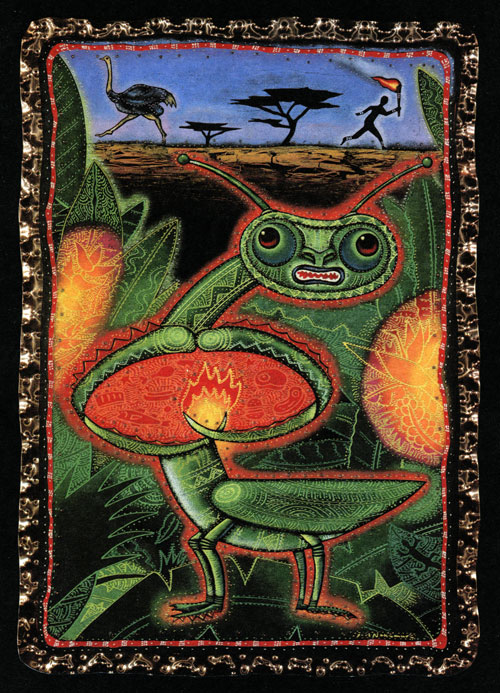 The African legend of fire. In African legend, the ostrich was the source of fire, keeping the fire under its wing when not in use. Mantis tricked the ostrich into spreading its wings and quickly grabbed the fire from the ostrich. That is why the ostrich never attempted to fly. Humans then tricked Mantis to obtain fire. 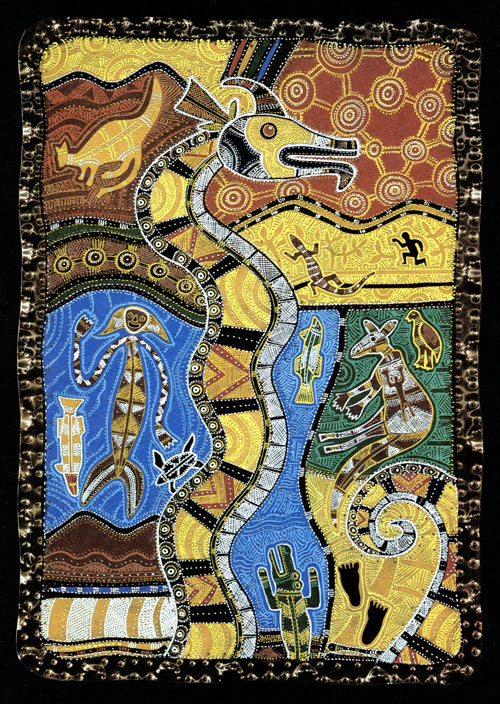 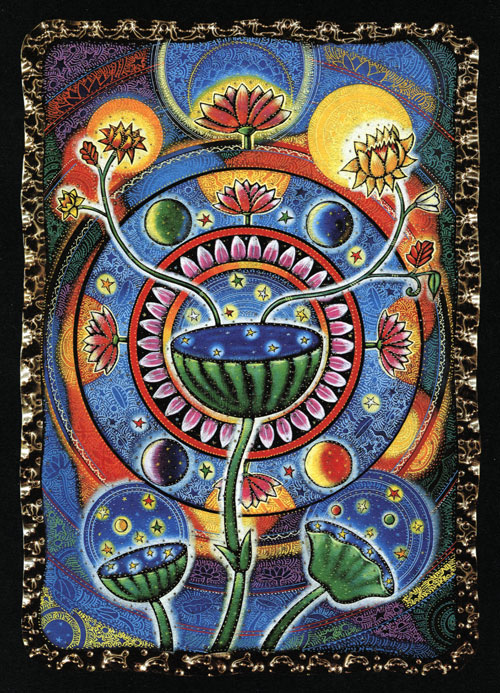 The legend from India of the Lotus flower. The Hindu god Vishnu dreamed of the universe as a Lotus flower. Likening the solar matrix to a wheel, the expanded Lotus flower forms the rosette and the sun wheel of the perpetual cycles of existence. 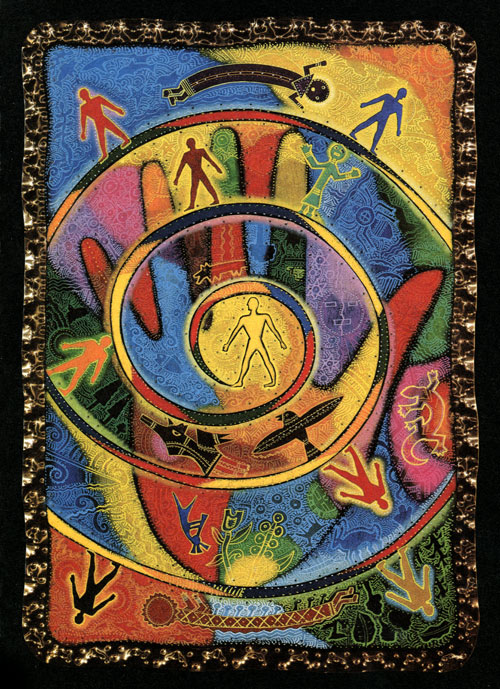 The Navajo legend of the pollen path. To the Navajo, pollen is sacred. Pollen represents life. To walk in beauty on the pollen path is to walk in accord with all of nature. The path is often represented in the form of a spiral.
.
Posted by Mark D. Ruffner at 6:30 AM