A Menagerie of Cast Iron Banks 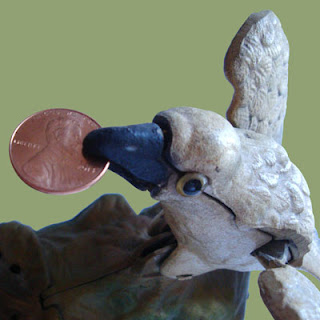 As a sentient being, I am doubtlessly evolved from a magpie! So far, I've shared about two dozen collections with my blogging friends, and today I'll share another — cast iron animal banks.

In the 19th century, cast iron banks were a popular way to encourage children to be thrifty, and so banks were often produced in the form of animals. Sometimes, like the eagle and eaglets below, the banks were mechanical. 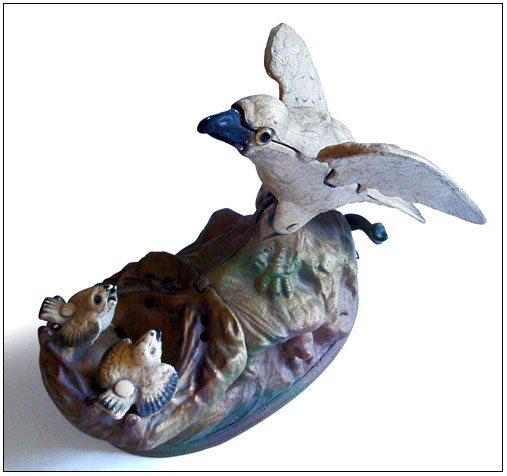 I love the fact that this bank has taxidermy eyes. This is a reproduction of a bank that was patented in 1883. One places a coin in the eagle's beak and then turns down the handle on the side. 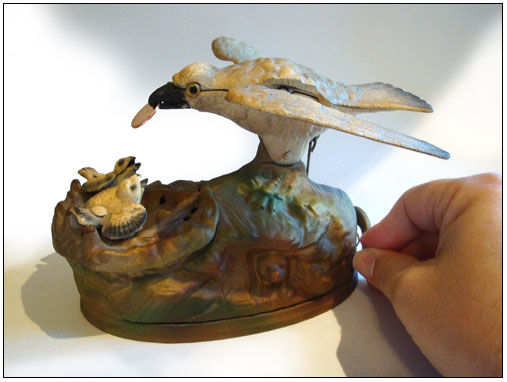 As the handle is turned down, the eaglets rise slightly, the eagle bends forward, spreading her wings, and the coin drops into a slot in front of the chicks. The entire movement does give the impression that the eaglets get fed. 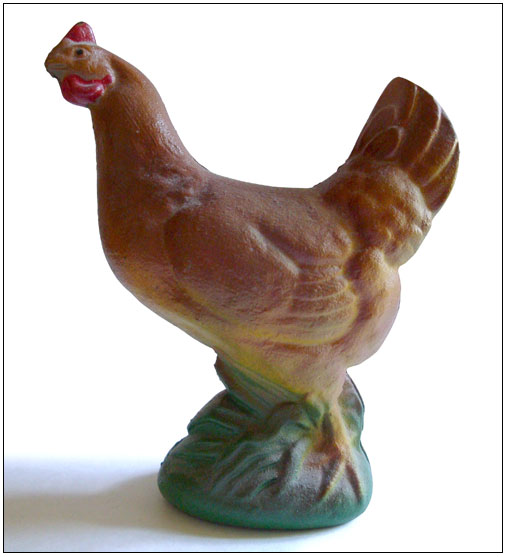 Here's another bird and reproduction. 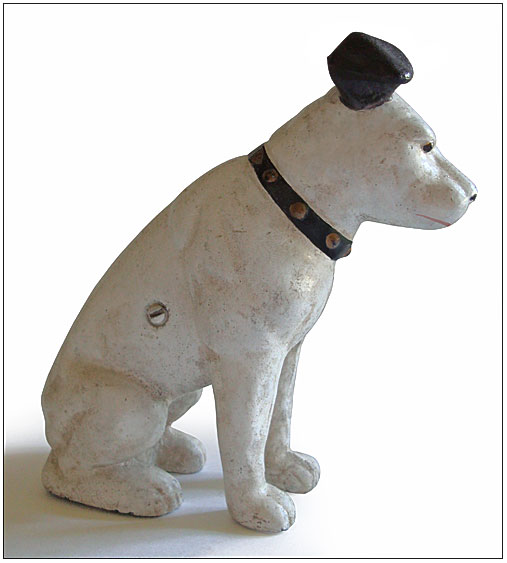 This bank is "Nipper," the mascot and logo of RCA Victor. I use it in my studio as a paperweight. 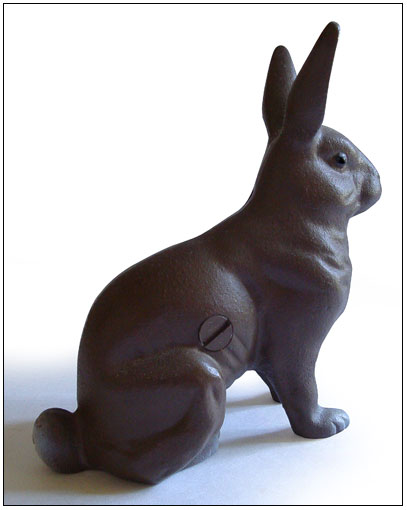 At one point, I had nearly three dozen cast iron banks in the form of animals, many of them reproductions. In a spirit of downsizing, I've narrowed the collection to those I'm sharing today, including the following antiques. 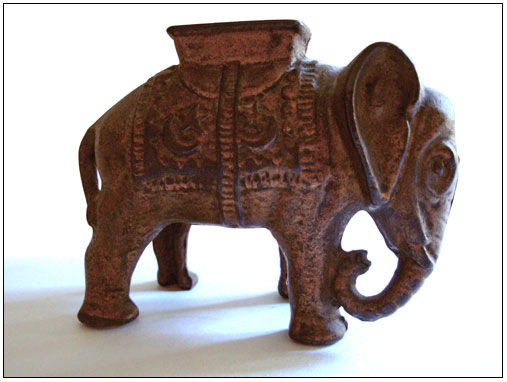 This was one of my first banks; it came from a friend of the family who was ironically a democratic judge who collected elephants. 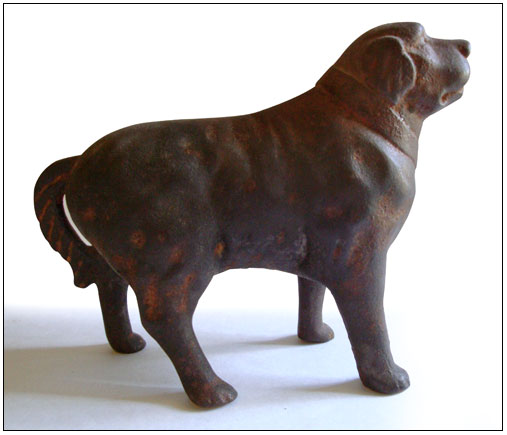 This Newfoundland dog has both a wonderful patina and a slight sheen; it's obviously been handled often. Wouldn't it be interesting to know all that has transpired around this old object? 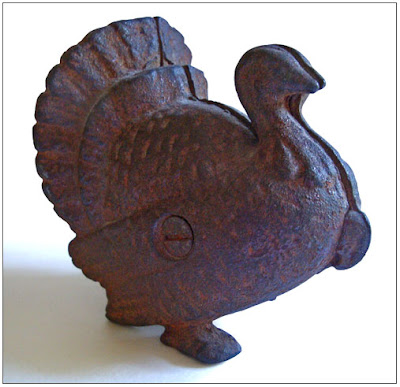 Here's another marvelous patina. One is tempted to take these old banks apart, but putting a screwdriver to a bank like this could ruin that beautifully even patina. 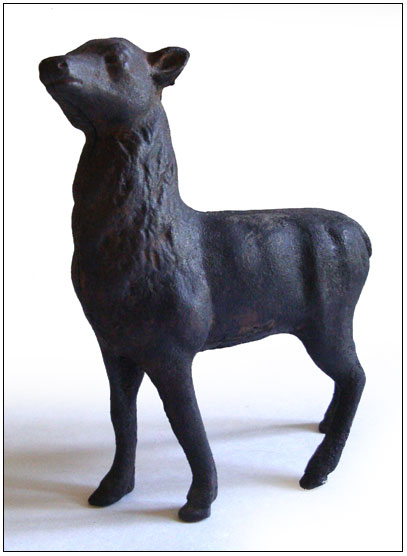 With the cock of the head and her stance, this little doe has a natural look of alertness. All of these banks are between 4" and 6" in height. 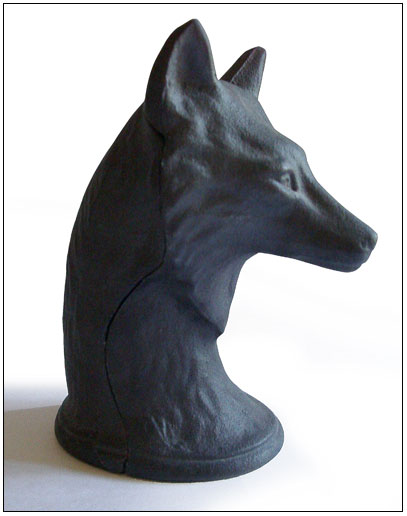 I've saved my favorite bank for last. I find the design of this fox head unusually elegant — less a child's toy and more an object d'art.
.