The Allure of Spanish Moss 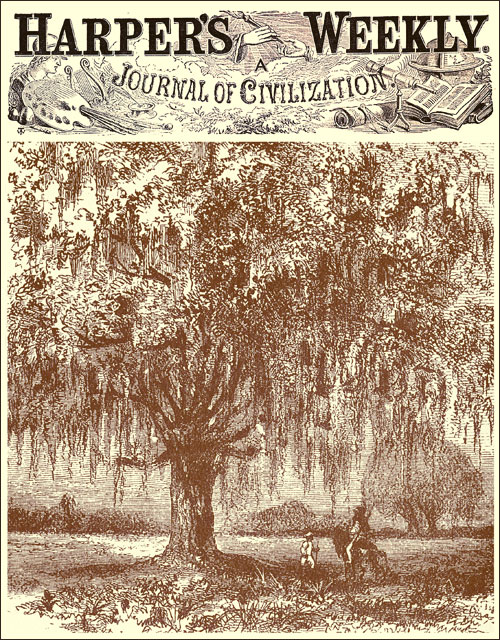 This is an old engraving of Spanish moss that appeared a century ago in Harper's Weekly. As I was growing up in northern U. S. cities, it was also a romanticized vision I had of the South. Little did I know that I would end up living in a house engulfed by Southern Live Oaks, all draped with Spanish moss! 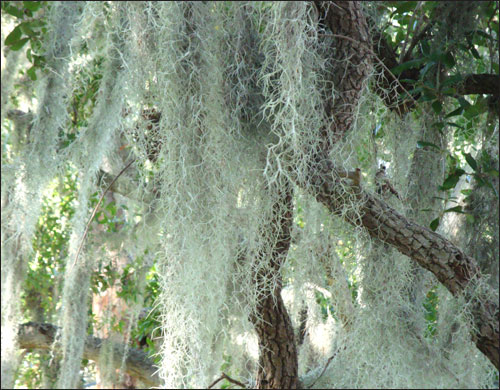 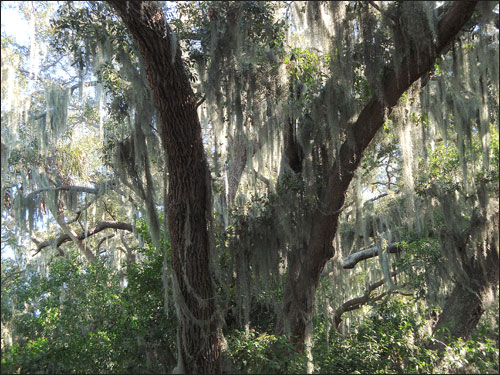 These are all views of my back yard. Two giant Southern Live Oaks hover over my house, providing shade, cooler temperatures in the hot summer, and a rather exotic scenery. 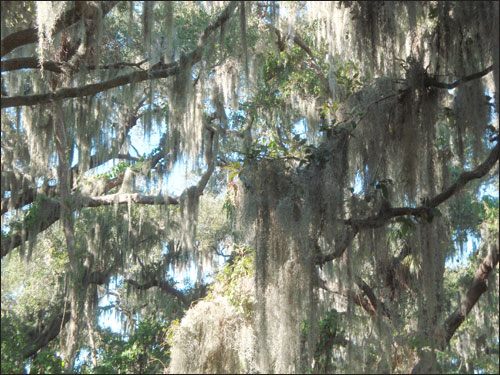 Spanish moss grows in high-humidity and warm climates, from Virginia all the way down to Argentina. It absorbs all its nutrients through the air and through rainfall. There's an on-going debate as to whether or not Spanish moss kills host trees. When one sees such dense groupings as pictured above, and then a tree like the one below, it's easy to draw that conclusion. 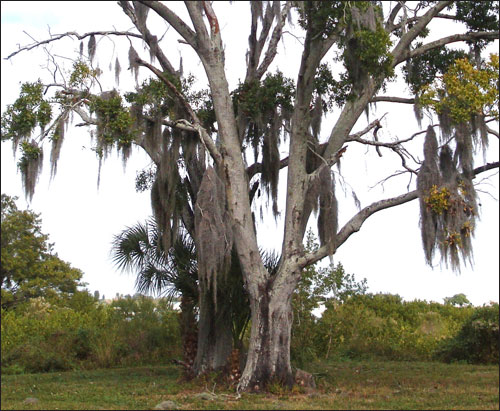 Experts say that Spanish moss rarely kills trees, though. It can impede growth, but because Spanish moss hangs below limbs, it still allows the oaks to get the sunlight necessary to survive. Far more dangerous are vines that completely encircle tree limbs. 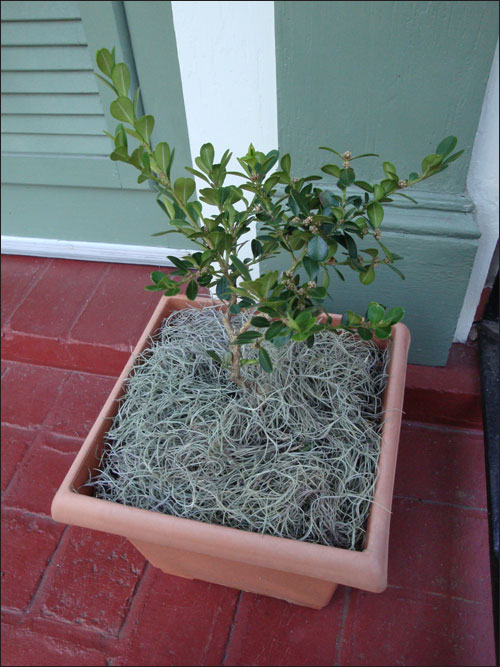 Spanish moss can be very decorative. Lots of people "harvest" the moss from the oaks and put it in planters, much like mulch. Friends occasionally make requests for some of my moss. 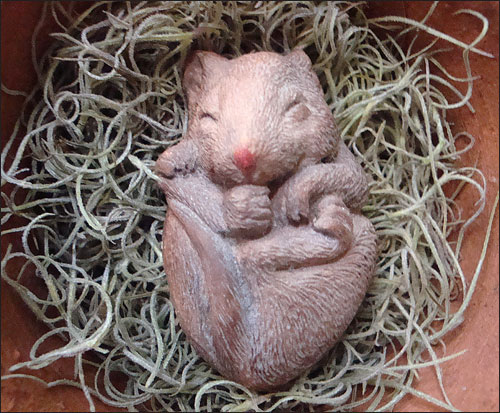 There's a flower pot on my kitchen window sill, and a little dormouse resides in it year round. He's always in a happy and contented sleep, in part because I make sure to regularly change the Spanish moss that is his comfy bed!
Posted by Mark D. Ruffner at 6:20 AM