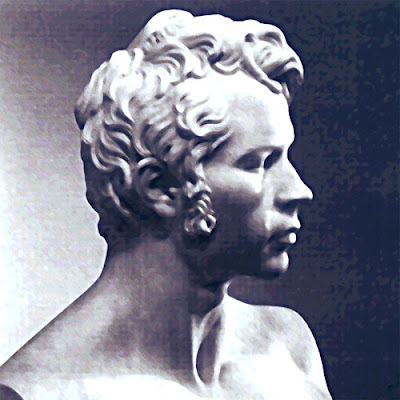 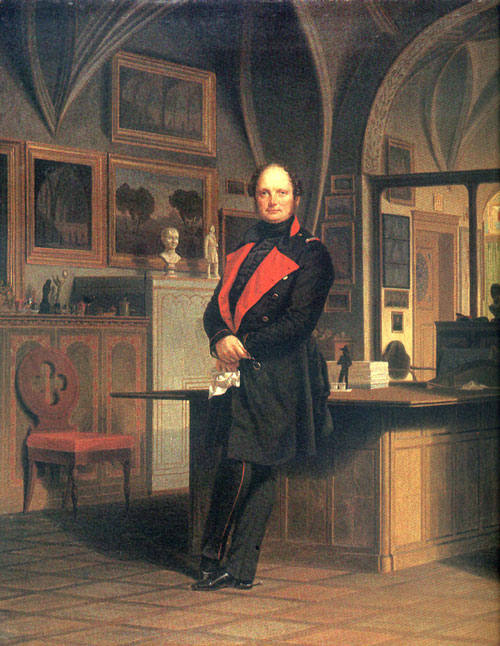 Schinkel quickly came to the attention of King Friedrich Wilhelm III of Prussia, who was himself an amateur architect. The king, who ruled from 1797 to 1840, had big plans to rebuild Berlin and came up with many designs himself. He looked upon Schinkel as both a collaborator and a design mentor, and the two became close friends.
From 1815 until his death in 1841, Karl Friedrich Schinkel transformed Berlin to such a degree that the period is sometimes referred to by his name — Schinkelzeit.

While Schinkel was rendering his architectural services to the state, he was also designing seemingly every aspect of the daily life of Friedrich Wilhelm III and Queen Louise.

Rather than show you images of Schinkel's many architectural monuments, I thought it would be more exciting to show you the scope of his designing. And mind you, this is just a tiny sampling!

It seems as though there was nothing that Karl Friedrich Schinkel couldn't and didn't design, and it was all beautiful. He had an amazing drive and produced large- and small-scale designs at a rapid pace. He finally had a stroke, and spent the better part of his last two years in bed.

When Schinkel died in 1841, he was remembered not only for his brilliance, but also as one who was engaging, considerate and humble. Thousands attended his funeral, and the king (by then Wilhelm I) decreed that the state buy Schinkel's entire estate. 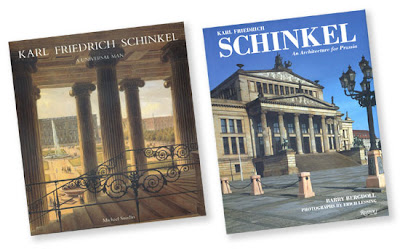 All other photographs come from these two superb books. The first is Karl Friedrich Schinkel, A Universal Man, by Michael Snodin, Yale University Press in association with the Victoria and Albert Museum, London...

...and the second is Karl Friedrich Schinkel, An Architecture for Prussia, Barry Bergdoll, photographs by Erich Lessing, Rizzoli, New York.

Both books have beautiful photography, and because Schinkel's design work was so extensive, these books do not duplicate each other, but are instead perfect companion pieces.