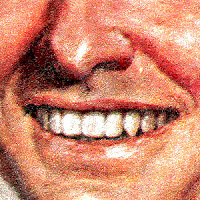 The famous fashion designer (whose name is now lost to me), pieced together his image of a strong candidate, based on physical characteristics of these former U. S. presidents: 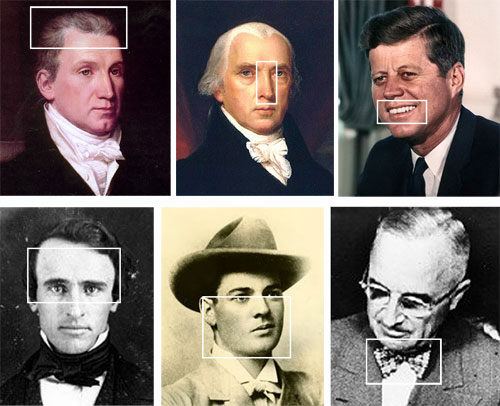 The ideal candidate would have James Monroe's hair (Monroe had an stunning widow's peak, and beautiful gray hair.), James Madison's nose and John F. Kennedy's smile. The candidate would also have Rutherford B. Hayes' brow and eyes (Hayes is shown here at a young age and before he entered politics.). To round out the image, the designer chose Herbert Hoover's jawline (at the age of 24). And to give the candidate a little personality and individualism, he included Harry Truman's bow tie (Truman was regarded as one of the best-dressed presidents.).

I thought the whole concept was very clever, but the more I thought about it, the more I was convinced that it was a very, very bad idea. When you piece people together like that, you're playing Dr. Frankenstein, and you know where that leads! 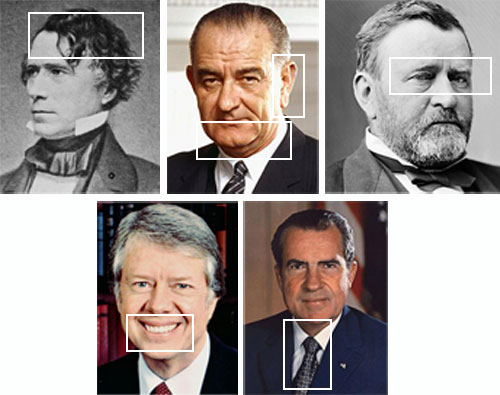