A Visit to the Ringling Museum 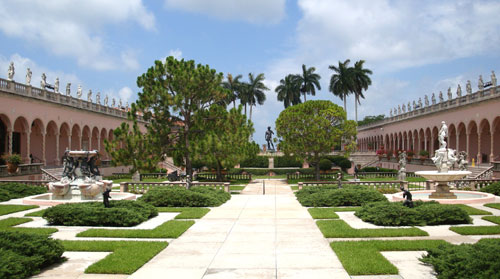 Last week my friends Samson, Sue and Marie celebrated my birthday by taking me to the John and Mabel Ringling Museum of Art, in Sarasota, Florida. It was built by the circus mogul to house his own collection of art, and opened to the public in 1931. John Ringling suffered financial setbacks during the Great Depression, but borrowed and persevered to complete the museum as a tribute to his then recently-deceased wife, Mabel. 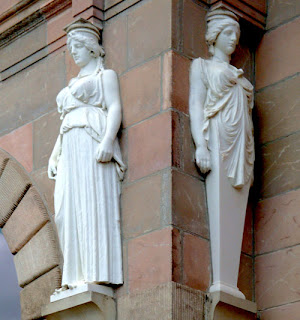 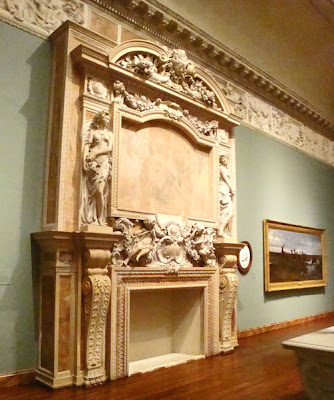 As one wanders through the museum, it's immediately apparent that John Ringling liked all things Baroque, and he liked things on a BIG scale. 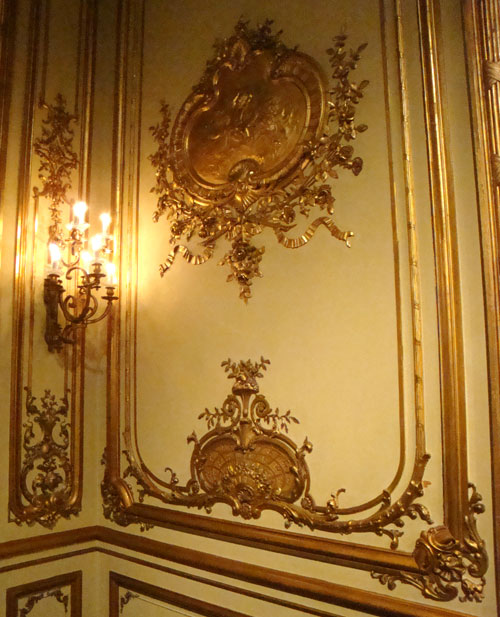 He bought lots of architectural details as he traveled through Europe (while also searching for prospective circus acts), and he sometimes bought entire rooms. This is a portion of the drawing room that came from the 1895 New York mansion of Mrs. Astor. It's in the Louis XV style and closely resembles several of the king's private quarters at Versailles. 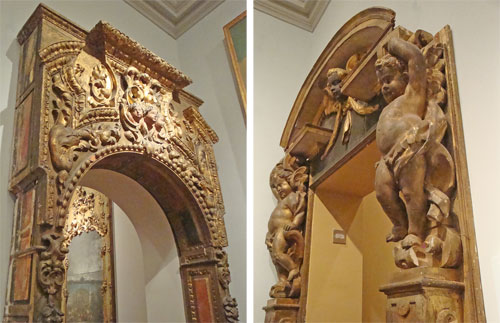 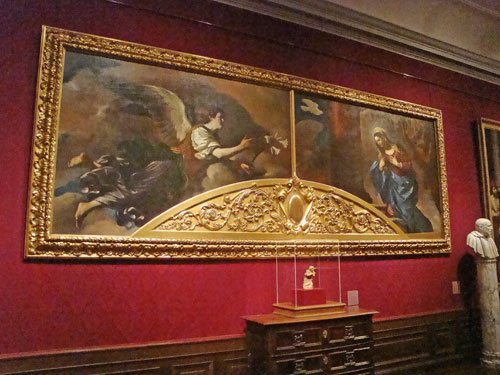 Knowing John Ringling's taste and history, I was interested in this set of paintings that once graced an archway in the Church of Santa Croce in Reggio Emilia, near Bologna. It occurred to me that Ringling most probably bought the paintings unframed, and then had his own circus carvers create the carving that fills the arched space. 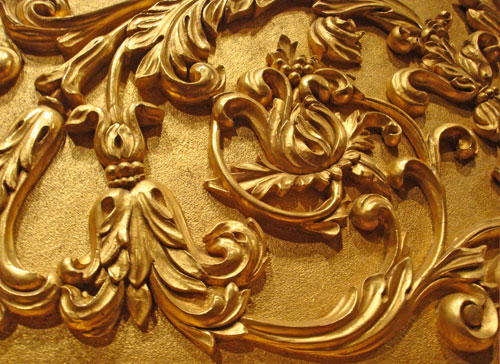 He did, after all, have access to the very best carvers in his own business. What do you think? 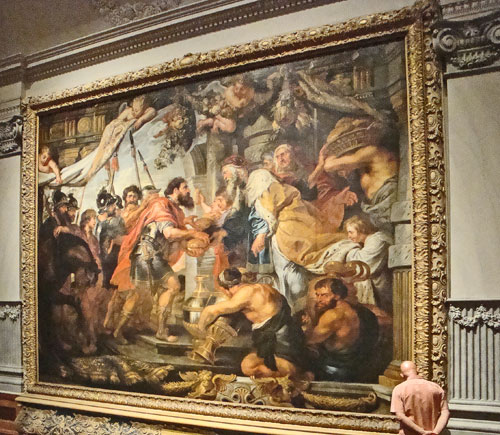 Did I mention that Ringling liked Baroque and BIG? The centerpiece of the museum's collection is a series of paintings that Peter Paul Rubens executed as cartoons for giant tapestries. The series is based on the story of the Eucharist. Now take a good look at the upper corners. 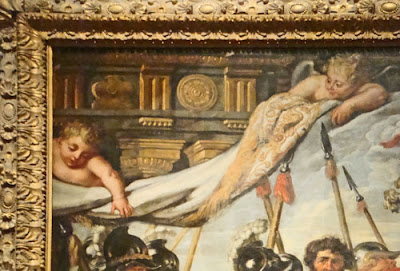 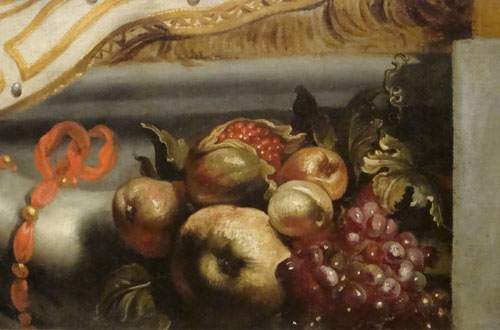 I fell in love with this still life from the bottom corner of another cartoon; it probably represents one per cent of the entire painting, but it's a masterpiece unto itself.

As we left the museum to wander the rest of the grounds, we went a teeny bit astray and discovered something that most museum visitors will never know — hidden behind all the buildings is a statuary graveyard! And of course, because I love the illusion of antiquity, I had to record the scene for you.

My next posting will be on the house that John Ringling built for himself. And what a house it is!
.