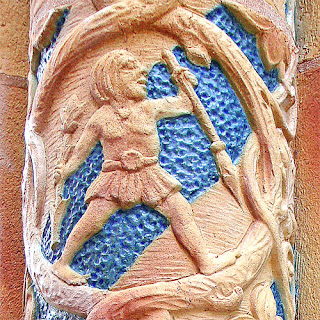 In my last posting, I shared a little of my visit to the John and Mabel Ringling Museum of Art. The museum shares space on the grounds of the Ringling's winter home, Cà d'Zan. This is the rear view of the house, facing Sarasota Bay. The Ringlings loved Venice, and the style of this house is Gothic Venetian. (Cà d'Zan is "The House of John" in the Venetian dialect.)

John Ringling (1866-1936) was one of seven brothers. Five of the brothers got into the circus business in 1870, and by 1889 were successful enough to move the circus on railroad cars, rather than by wagon. By 1929, when he was the sole surviving brother, John Ringling had bought every traveling circus in the country, including the Barnum & Bailey Circus and Buffalo Bill's Wild West Show. He had a circus monopoly and was one of the wealthiest men in the United States when he completed building Cà d'Zan in 1926.

The last three photographs are taken on the front side of the house, standing in essentially the same spot. They show the thorough attention to detail and beautiful craftsmanship that is applied to every inch of the exterior. 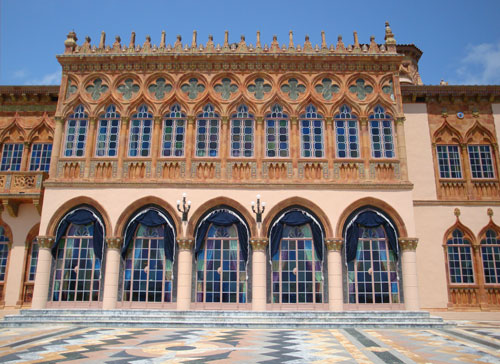 The rear of Cà d'Zan is a magnificent example of Gothic Venetian architecture. The architect was Dwight James Baum of New York, and the builder was Owen Burns, who was a major developer of Sarasota, Florida. 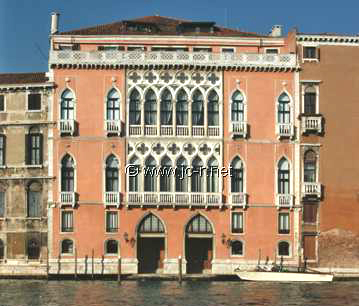 My blogging friend Rosemary of Where Five Valleys Meet has noted Cà d'Zan's resemblance to the Palazzo Pisani-Moretta on the Grand Canal. Leave it to John Ringling to enlarge and expand upon the theme!

In previous photos, and the one below, you can see that Cà d'Zan's windows are all stained glass of subtle pastel shades. 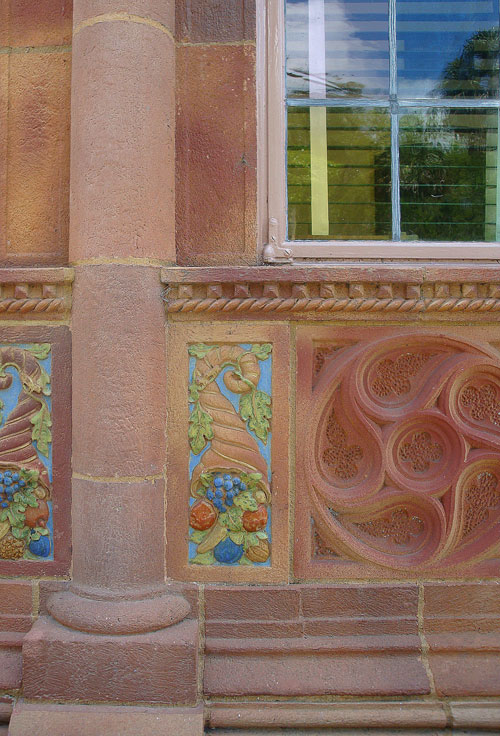 My friends and I toured the outside of Cà d'Zan for free, but elected not to pay admission to see the inside, which is a limited and relatively expensive tour, requiring one to stay on a narrow carpet and refrain from photo-taking. In any event, it's experiencing the outside of Cà d'Zan that makes a trip to Sarasota a lovely and successful day trip. 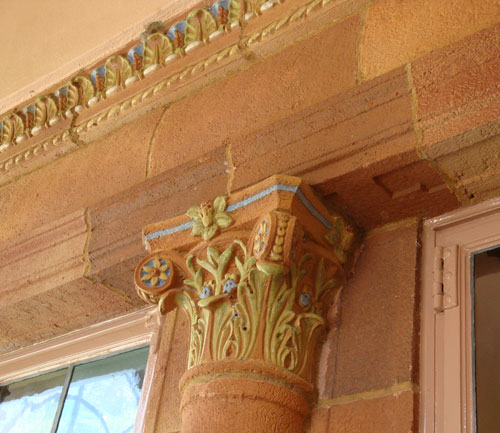 John Ringling struggled during the Great Depression, fighting desperately to save his house and art collection. According to Wikipedia, when he died in 1936, he had $311 in his bank account.
.