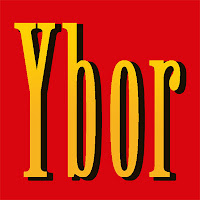 CB-ers refer to Tampa as "Cigar City," but the real cigar city is a neighborhood of Tampa called Ybor (pronounced ē-bor) City. Vincente Martinez-Ybor, a wealthy Spanish cigar manufacturer from New York and Key West began development of Ybor City in 1885. In 1886, 500 Cuban cigarmakers boarded the sidewheeler Hutchinson in Key West and sailed for Tampa. By the end of the year, there were more than 3,000 workers in Ybor, and for the next 40 years, Ybor City was the "Cigar Capital of the World." 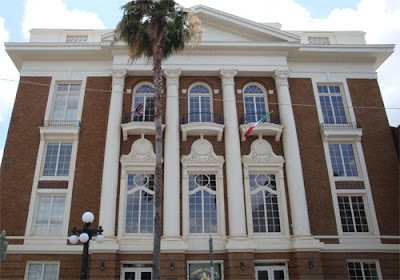 Cubans, Spanish, Italians and Jews settled in Ybor, and one of the factors that made the community thrive is that the different groups established Mutual Aid Societies, clubs that were the centers for social, intellectual and business life. Above is the Italian club.

In the society of cigarmakers, one of the most respected and prominent men was the lector. Cigarmakers would each pay a weekly subscription of 25¢, which paid the salary of a talented reader. The lector would spend the morning reading the newspaper aloud while the cigarmakers rolled tobacco at rows of desks that were known as a gallery. In the afternoon, the lector would return to read a novel, often mimicking different voices. The cigarmakers, while not all literate, were nonetheless very well-informed.

In this photo from 1929, you can see the lector in the upper right corner, sitting in a chair that resembles a lifeguard's roost. The lector would have needed a strong voice in any event, but perhaps by 1929 he had some amplification. 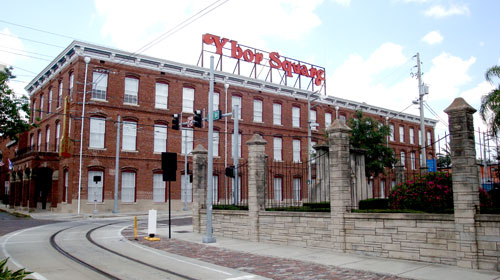 I believe the lector in the last photograph might have been reading in this building, which was a cigar factory, and now offices. 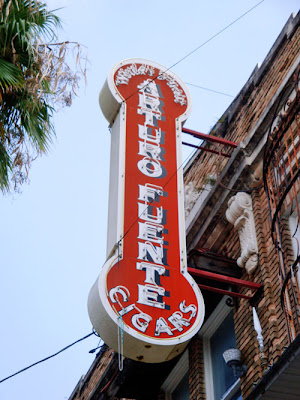 Other cigarmakers flocked to Ybor City, and evidence of that time is still seen there. In fact, even today one can go into several tobacco stores and watch a cigar being rolled. 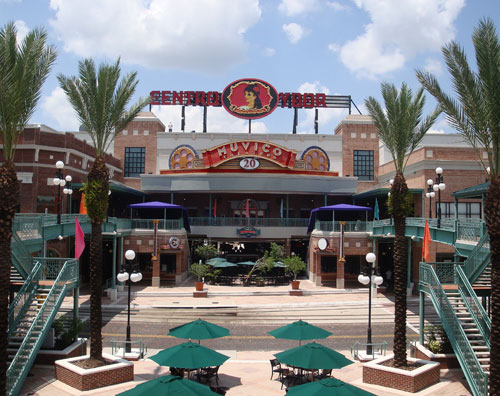 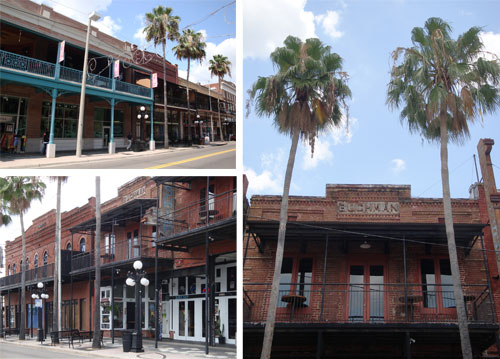 Ybor's cigarmaking peaked in 1929, and then the Great Depression caused a steady decline of the neighborhood. In recent years, Ybor has revitalized. The streets, above, are sleepy during the daytime but turn into a hot night spot. 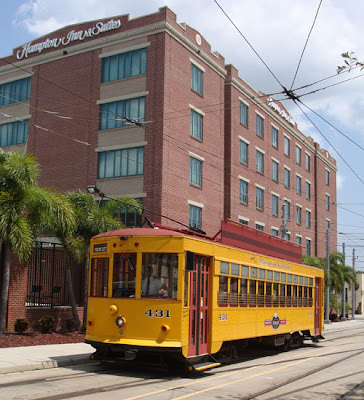 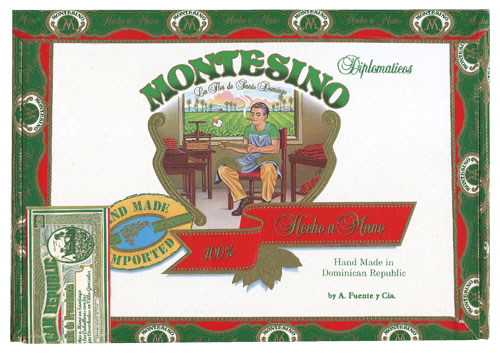 You might also enjoy the story of my own cigar label design, which can be found here.
.