Neat Prints from My Glass Negatives 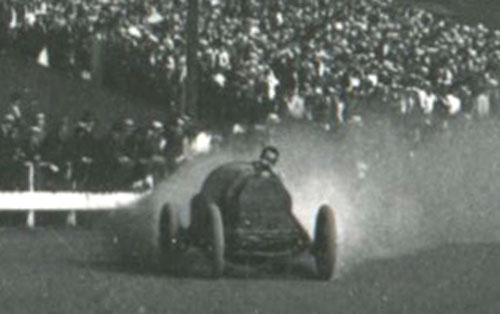 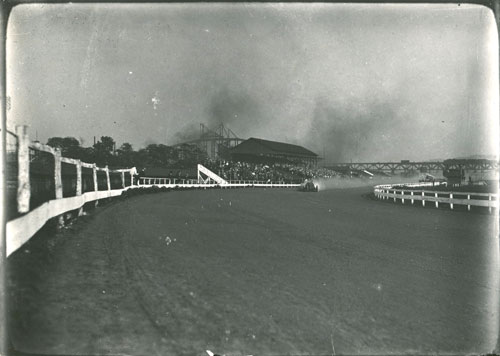 In the mid-1970s I bought a box of glass negatives that were early Kodak products. It was much like bidding at a mystery auction because some of the images were completely indecipherable as glass negatives. 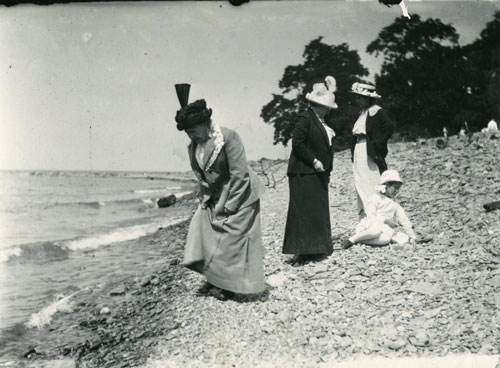 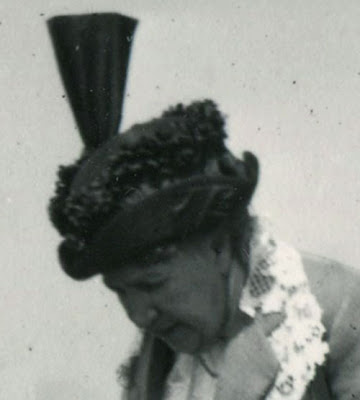 It turned out to be an interesting time capsule from one family that went to the shore every year. The photos repeatedly show that the older generation didn't dress down, while the younger generations did . . . 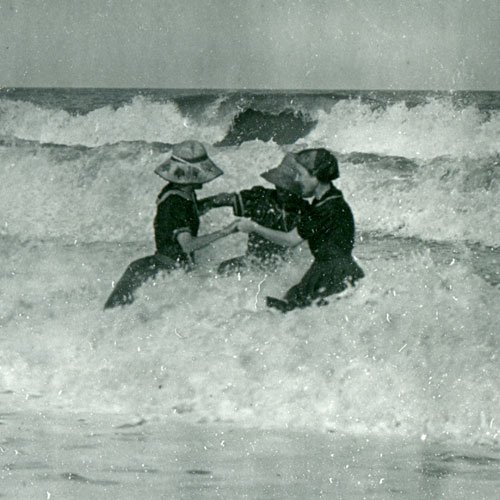 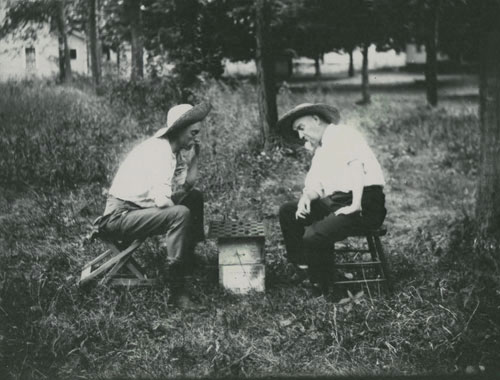 Well, people might roll up their sleeves for a game of checkers . . . 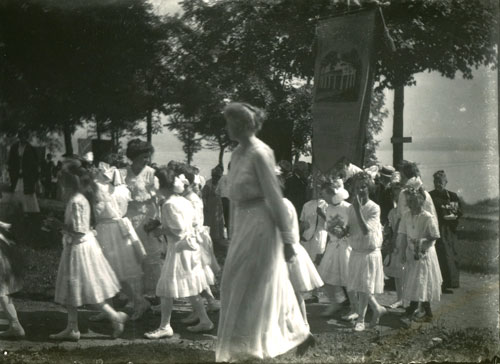 Perhaps the trip to the shore was an annual religious camp. 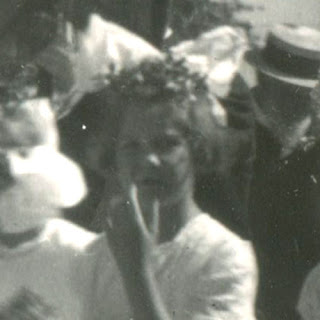 This young girl is the subject of many of the photographs. I tried to enlarge the banner behind her to read it, but it's just too much in shadow. 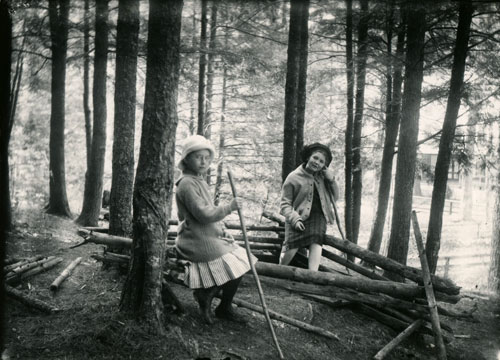 Here she is with a friend — I think they've spent the past hour making their version of a log cabin. 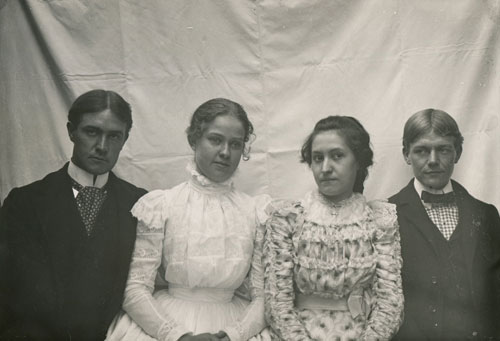 And here she is (second from left) all grown up. Perhaps this was her wedding day. 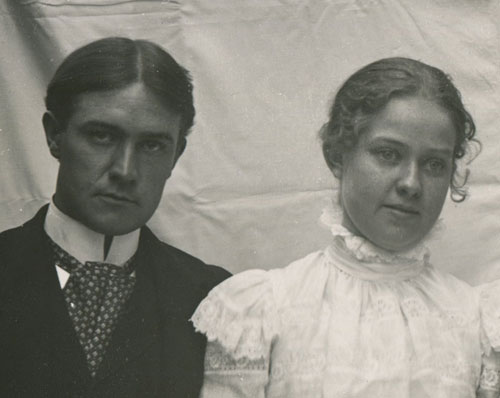 What a jolly affair! 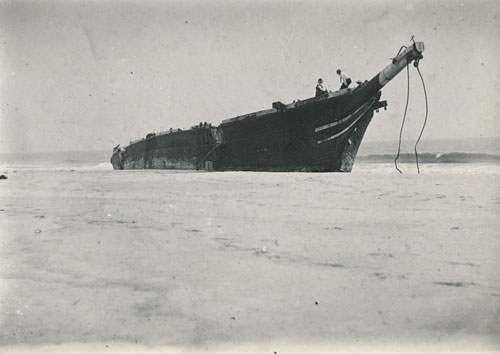 I'll end back at the shore. 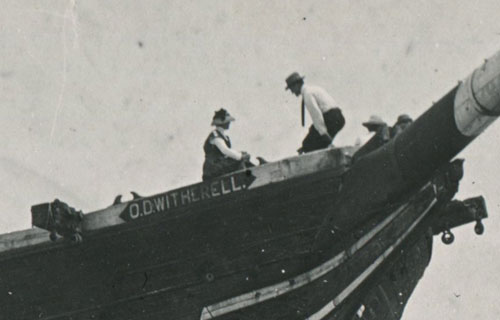 The O. D. Witherell was a schooner that sailed out of Bath, Maine in 1874. A thoughtful reader has advised me that it stranded near Fenwick Island Life Saving Station on April 2, 1911, while bound from New York for Philadelphia. The schooner's hull and equipment were sold at Millsboro, Delaware on May 2, 1911.

I eventually sold the glass negatives (because they took up space and weighed a ton), but not before making prints of each one.