The Story Behind a Family Relic 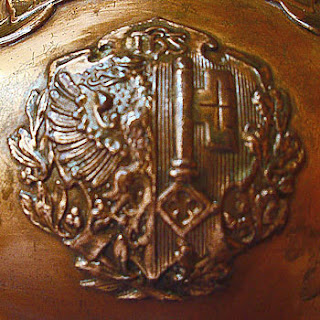 My maternal grandparents were Swiss, and started dating after their paths crossed repeatedly on train rides. Each was traveling to the other's canton so that they might learn to become bilingual (there are, after all, four languages in Switzerland — German, French, Italian and Romansch). 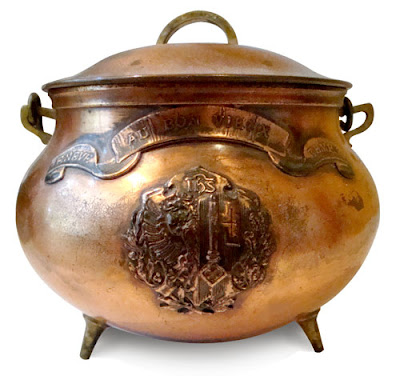 My grandfather's first gift to my grandmother was in 1906, and it was this souvenir of Geneva, a little copper pot, shown at its actual size. This little pot celebrates a time in Geneva's history when it was a walled town and not yet a part of the Swiss Confederation.

During the night of December 12, 1602, the troops of Charles Emmanuel I, Duke of Savoy, attacked Geneva (they had chosen the longest night of the year). The duke wanted to make the wealthy city-state his northern capital and a launching pad for crushing Protestantism. In this plan, he was helped by both Pope Clement VIII and Philip III of Spain, the duke's brother-in-law.

The duke's mercenaries first attacked the town gate, at which time the night guard sounded the alarm.


Above the main gate lived one Catherine Cheynel, wife of Pierre Royaume and mother to 14 children (today she's remembered as Mère Royaume). Catherine grabbed a large cauldron of soup and poured it on the attackers, killing one. All the commotion from just that one act bought time for the townspeople to organize, and the duke's 2000+ mercenaries were defeated.


Today, the 1602 event is celebrated yearly as Fête de l'Escalade (escalade means the scaling of defensive walls). The celebration includes the making of soup and the sale of little pots made — not from copper — but from rich chocolate.

My grandmother's Geneva pot never held soup, but her grandchildren and great-grandchildren fondly remember it as an endless source of hard candy. 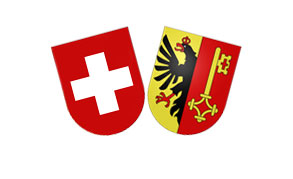