On Safari With George Eastman: Part 2 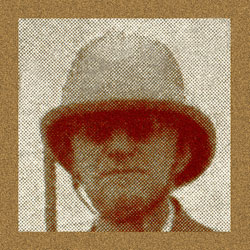 From Southampton, George Eastman and his party went to London, where Mr. Eastman had meetings relating to dentistry (making x-rays perhaps?). He did no sightseeing but took time to test British-made, double-barreled elephant guns. He wrote in a letter that, "British workmen have no rivals in gun-making by hand."

Eastman had more business meetings in Paris (though he was retired, he was always interested in new technological developments), and while there, he allowed for one hour to visit the Louvre.

From Paris the Eastman Party motored to Genoa, opting to ride in a closed car because of all the dust. Eastman wondered why Italian authorities wanting to lure tourists didn't "oil the roads."

In Genoa, they boarded the Llanstephan, and today's cruise passengers might be interested to know that George Eastman found his 6'3"x8'6" cabin "convenient and most satisfactory." That a friend had sent two cases of French and Italian wines was probably also most satisfactory. On board were other hunting parties, including one known as the Chrysler Party.

The Llanstephan sailed through the Suez Canal and Red Sea to Mombasa, which Eastman thought lovely, and compared to Coral Gables, Florida. In Mombasa, the Eastman Party was met by Mrs. Carl Akeley, who had secured a house in Nairobi for use as the safari headquarters; the Martin Johnsons, who would be making a documentary of the trip; and the Phil Percivals. Mr. Percival would be Mr. Eastman's "white hunter," while Mr. Pomeroy would have his own guide, Pat Ayre.


From Mombasa to Nairobi, the now extended Eastman Party took its own train, which consisted of a passenger car, a dining car and a baggage car. Perhaps you are starting to see that this safari was no small affair.


While George Eastman was famous for his work with photography, Osa and Martin Johnson were famous as explorers, and for their documentary films. Carl Akeley, who was in his last year, was the father of modern taxidermy. He was a fine sculptor, and so his taxidermied animals had the properly muscled under structures to make them appear very lifelike. For the Eastman Safari, Akeley had hired two taxidermists and two artists who had gone ahead and set up their own camp.