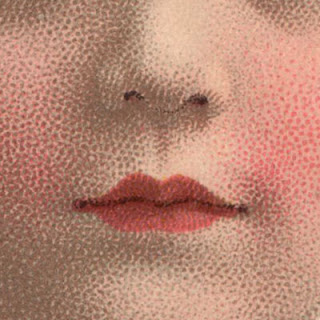 I was looking through my collection of Victorian ephemera the other day, and realized that I could present a grouping of soap ads for you. 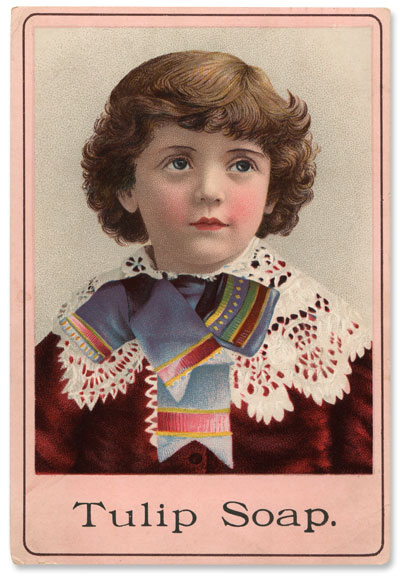 This trade card for Tulip Soap is approximately 3¾" x 5½", about the size of a post card.

As I mention in my side bar history of trade cards and early corporate identity, lithography of the 19th century was not like today's 4-color process. Today, this boy's jacket would be achieved by four plates of cyan, magenta, yellow and black ink. But when this card was produced, there was a separate plate of maroon ink  — just for the jacket. For that reason, the color of Victorian printing is often much more vibrant than anything we would achieve today. 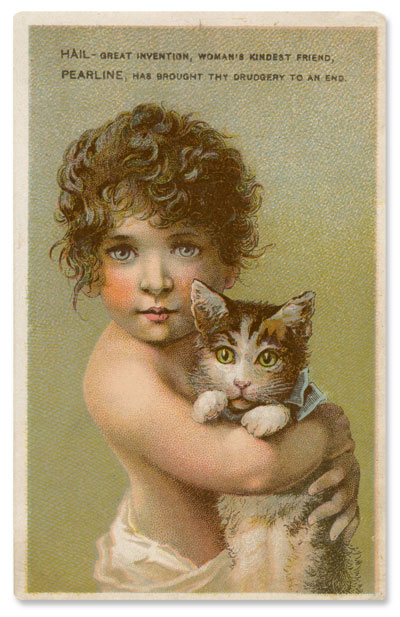 Children in every state of undress appear in Victorian trade cards, which is an interesting phenomenon when one considers that in the same period, the sight of a woman's ankle would have been shocking. I'm sure one could write a whole thesis about that. 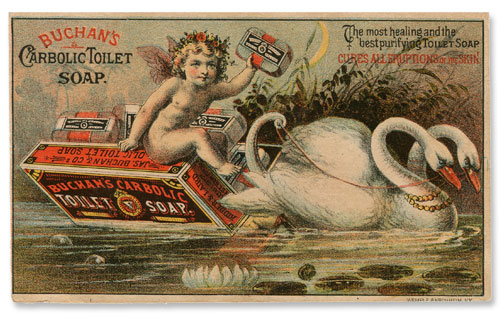 I favor collecting trade cards that show the Victorian packaging.
Often the backs of trade cards have been damaged because Victorians of all ages glued them into scrapbooks. But just as often, the backs are more interesting and revealing than their charming fronts. 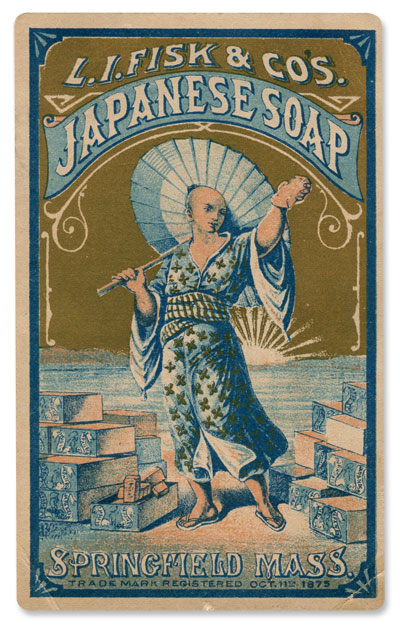 This card was so fragile that I put a backing on it to save its bottom corners. But I had to have it because of the unique subject matter and the great design, which is printed in blue and gold ink.
.