The Finest Cafeteria in the South 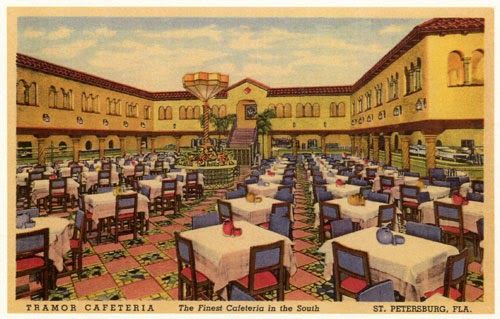 "The Finest Cafeteria in the South." So says an early postcard of St. Petersburg's Tramor Cafeteria, built in 1929. 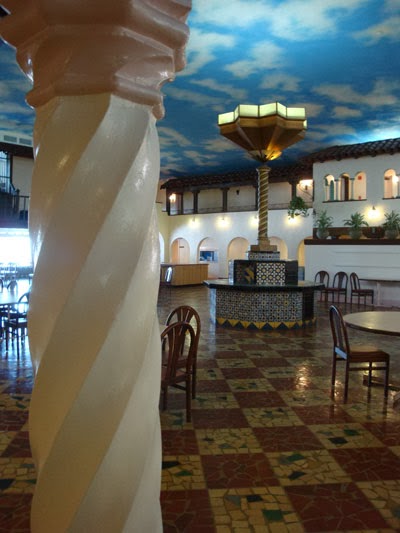 A prime example of Mediterranean Revival architecture, the interior was designed to resemble the patio of a Spanish hacienda, complete with arches, balconies and a condiment station that could just as easily be a fountain. The ceiling is a painted sky, just as it was in 1929. 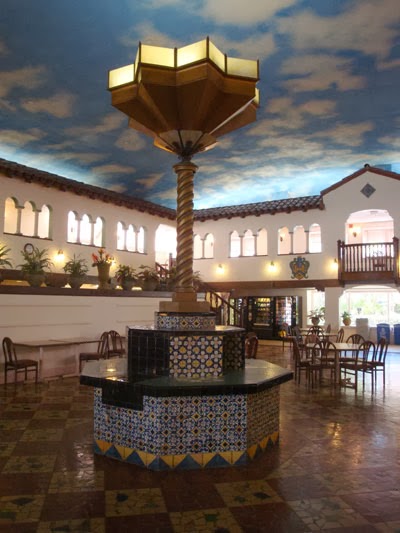 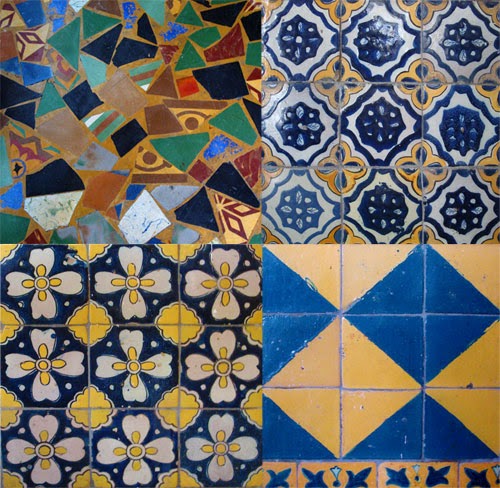 Back in the 1930s a small band would play on the balcony seen below. I wonder if lunch patrons ever danced to the music? I'll bet they did. 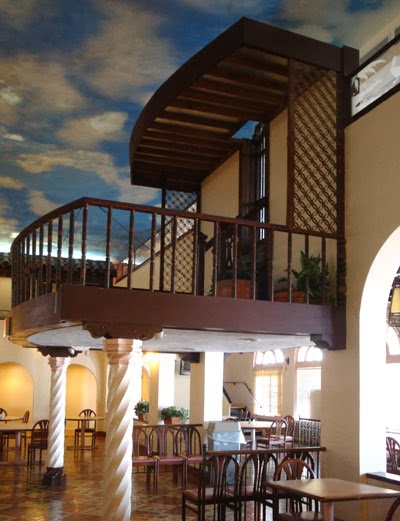 In 1980, the St. Petersburg Times (now the Tampa Bay Times) bought the Tramor and renovated it. The Tramor reopened as a staffer's cafeteria in 1985, and I've had many meals there. For a little privacy, the balcony area was always a good choice (below). 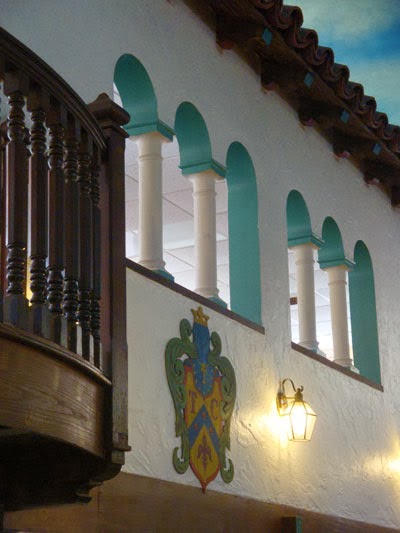 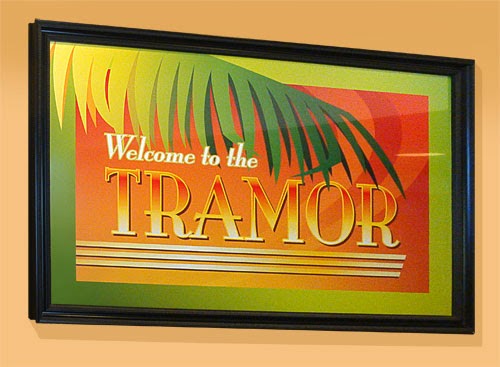 The publisher requested that I design a sign for the entrance, and I created this image, which is about five feet wide, maybe a little wider. 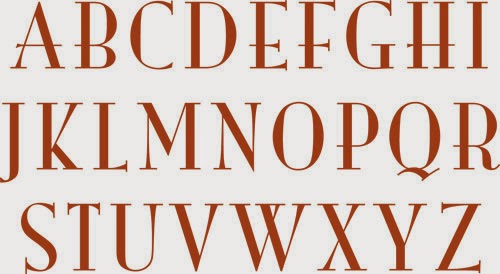 I wanted to convey a 1930s atmosphere, so I used a typeface called Mona Lisa. It was originally designed by Albert Auspurg in the 1930s, and updated for modern use in 1991 by Pat Hickson.

You'll notice that there are no people in these photographs and that this wonderful landmark looks quite bare. That's because financial strains have caused the newspaper to put the Tramor up for sale, and there are no takers in sight. 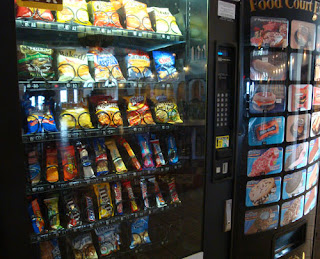 The Tramor is still open to newspaper staffers, but this is the only food served there these days.
.
Posted by Mark D. Ruffner at 7:30 AM