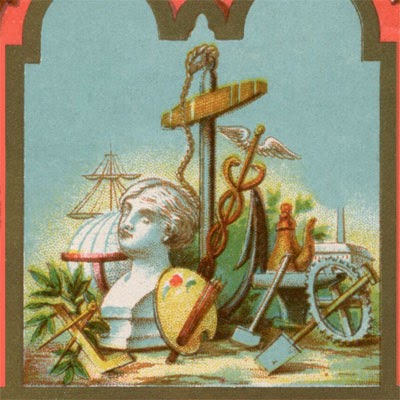 As my regular readers know, I collect antique advertising, mostly in the form of lithographed trade cards, which you can read about in my sidebar, or here. I don't go out of my way to collect cigar labels because I don't want to stray too far from my field of collecting. But every so often I come across early cigar labels, those that were lithographed on plain rag paper like the rest of the collection. I'd like to share a few from my collection, and I estimate that these are all approximately 135 year old. 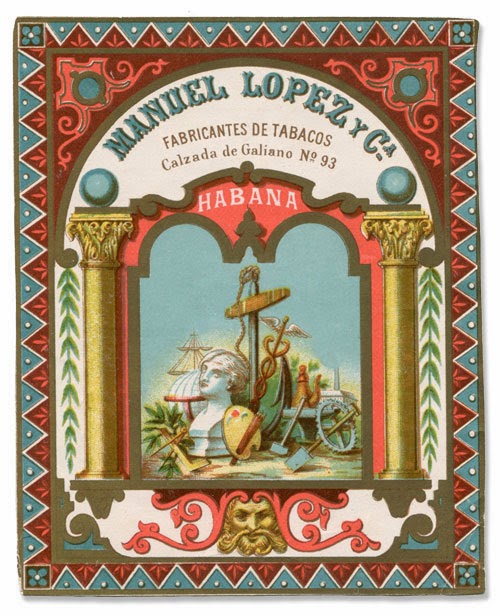 This label and the following one both emphasize the important commercial aspect of the cigar industry in the 19th century. Cigars were of course a major Cuban export, after sugar. In the United States, cigars held a special function for all the industrial shipping that moved south by river. When those vessels were emptied, they were often laden with cigars for the trip back north. 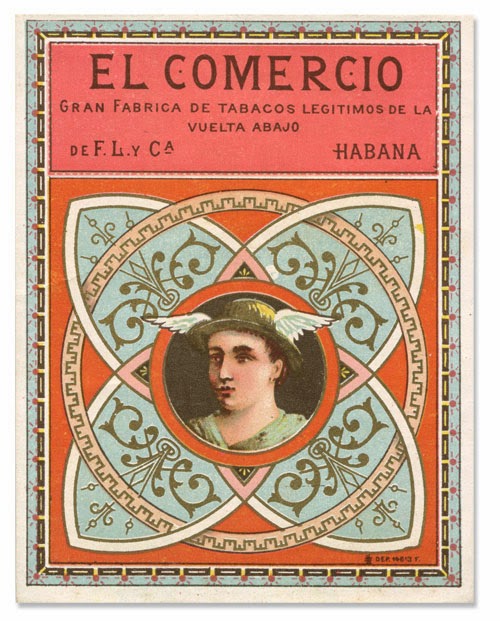 Mercury is the Roman god of commerce, so he is honored here with his own "El Comercio" brand. (I'll have to add that Greek key to my sidebar page on Greek keys!) This Mercury is a little portly, and his helmet appears to be a golden Homburg. 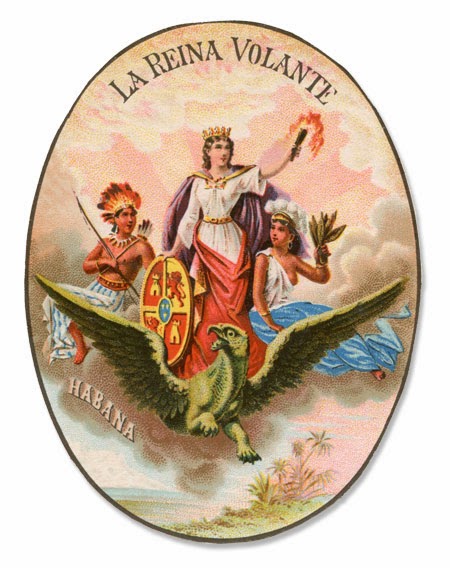 Lithography was a new color printing process in the 1800s, and the influx of rich colored images caused many people to save labels of all sorts, sometimes for scrapbooking and sometimes to adorn their walls. This colorful image was carefully cut out from a bigger label. (We should have known that the gods of tobacco rode in on a dragon.) 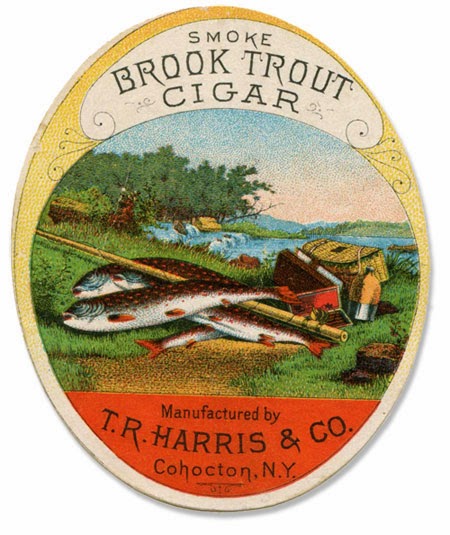 I've featured this American beauty before, but it's such a rich example of early lithography that I'll show it again. It's only about two inches high. 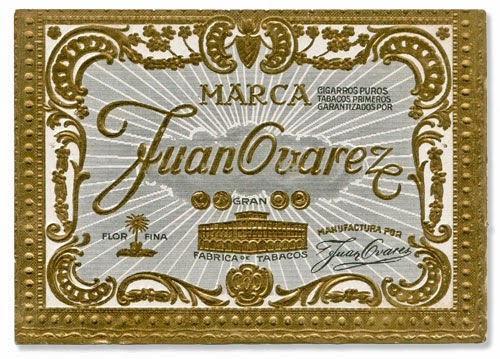 I've scanned this Cuban label which was actually lithographed in Germany. Unfortunately, scans absolutely deaden items that are gilded, so I also took a digital image of this spectacular piece of paper, below. 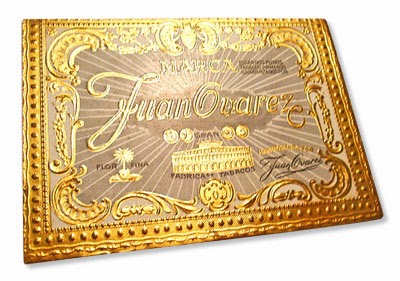 I'm adding the image below, which may or may not be a cigar label. Nonetheless, it's Victorian graphic design at its best, and a message good for today and tomorrow! 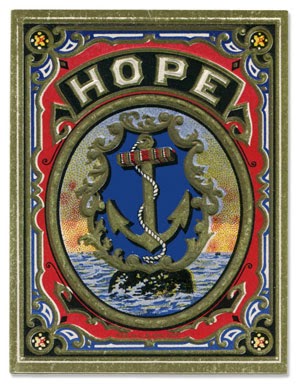 Have a Great Day!