Another Daguerreotype For My Collection 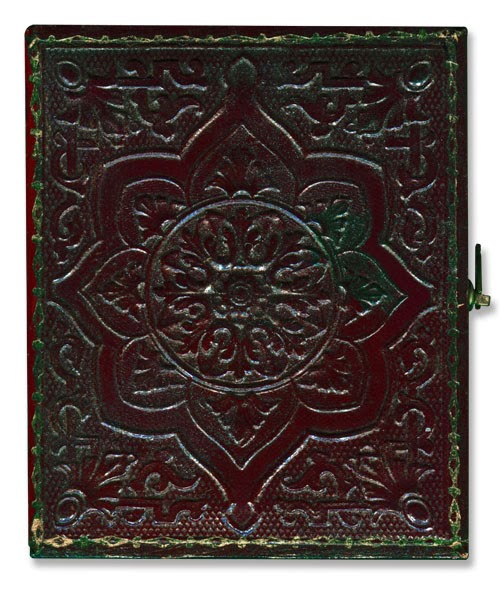 I recently found a new another daguerreotype for my collection. I haven't added an image to the collection for a long time because so much of what I've seen has come with an inflated price. 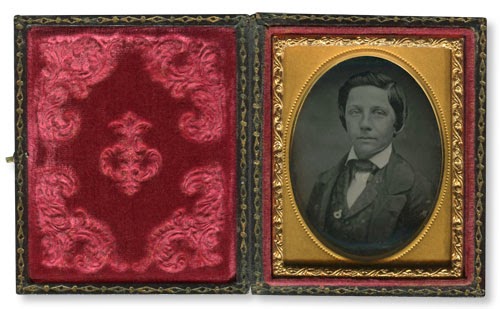 What I look for is a pleasing or interesting sitter,  a case in good condition, and an image that hasn't oxidized too much. Plus, of course, a price that is fair. When I started collecting daguerreotypes, I could buy an image like the one above for as little as $7 — imagine! Today, a range $80-$120 is quite fair for an image that has been kept in as good condition. I'll spend more for gutta perchas, which you can read about here, or at my sidebar image of the camera. 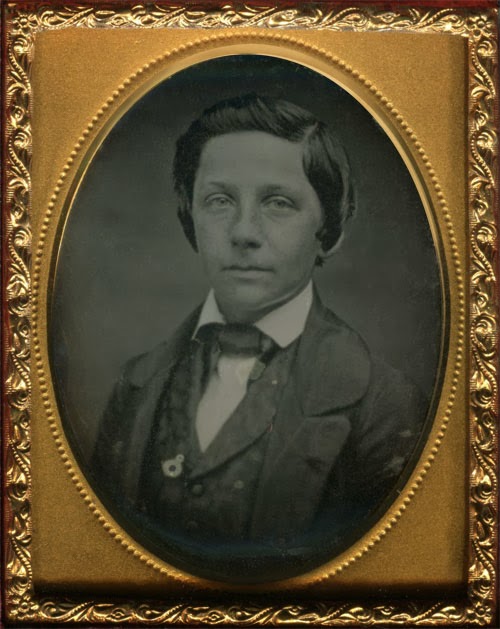 The simplicity of the oval frame indicates that this daguerreotype predates the Civil War, and the attire suggests that this might date from the late 1840s to the mid 1850s. The young man appears at first glance to have a fob of some sort attached to his vest lapel, but in fact it's just an isolated spot of oxidation. 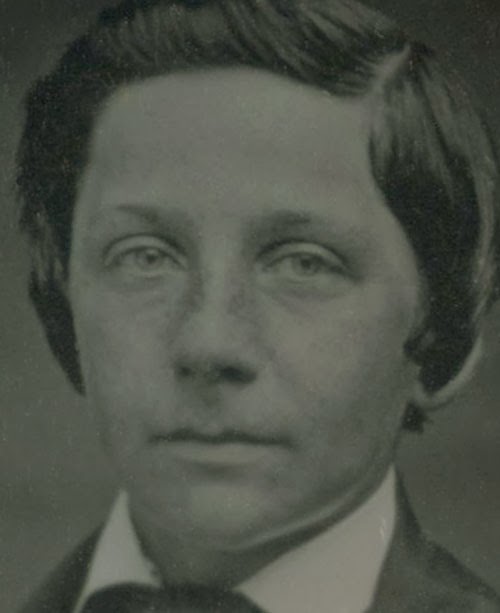 You can see in this close-up that there is very subtle tinting on the young man's face, and what an elaborate hairdo he concocted! Perhaps in later life he sported a comb-over (for which he would have had a lot of practice!).
.
Posted by Mark D. Ruffner at 8:00 AM