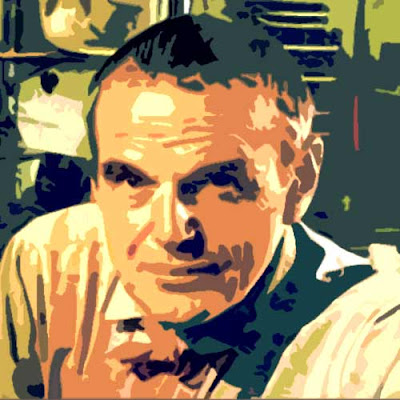 In 1975, Fortune magazine ran an article on Charles Eames' business and office. At the time, Eames was in the midst of creating a bi-centennial exhibition and the place was a most interesting mixture of chaos and order, and it appealed to me very much. Ray and Charles Eames lived in a modular home of their own design, but they really spent most of their time at the office, usually working into the evening. Because of that, the office had lots of homey qualities, including a dining room and a kitchen manned by a full time chef. Ray made sure there were always flowers around the office. 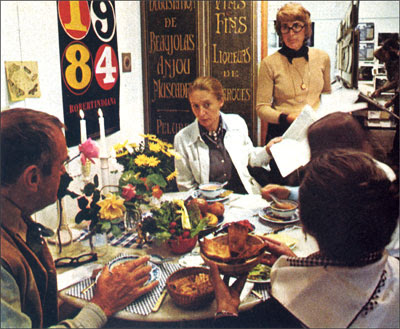 A business lunch - Ray and Charles have their backs to the camera. 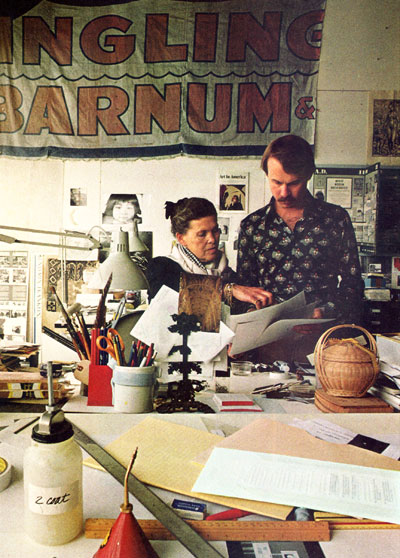 Ray acted as the office manager, and nothing escaped her eye. 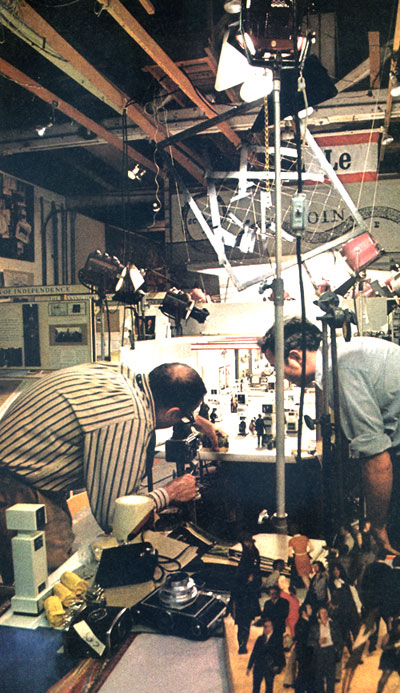 Charles Eames photographing an exhibition model.
Note the cast of scale figures in the foreground. 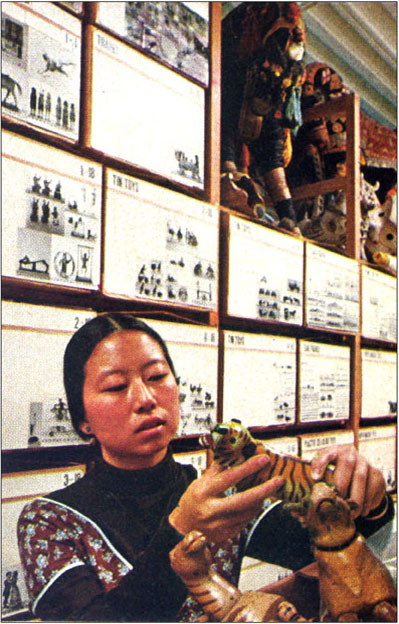