Is It Too Early for Some Grand Marnier? 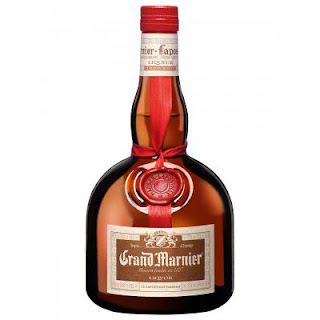 Grand Marnier has a new ad campaign of distinctive red graphics, but I don't think they'll ever surpass the delightful ad campaign they had in the mid-1980s. Today I'm showcasing the work of two great illustrators, Gervasio Gallardo, who painted the top four ads, and Braldt Bralds, who painted the bottom three ads. There were other paintings in this series, but these are the ones I saved. (Each of these will enlarge quite a bit if you click upon them.) 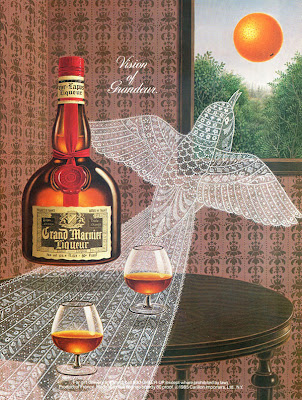 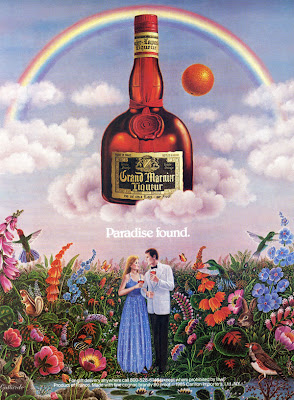 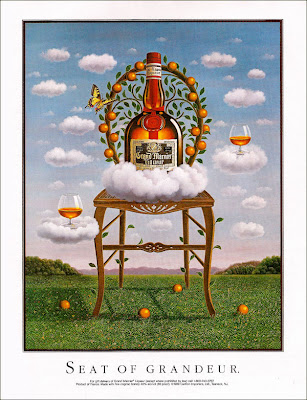 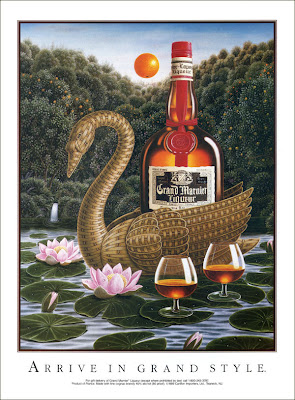 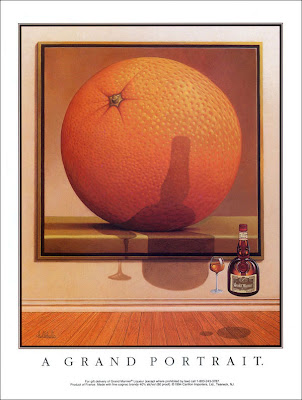 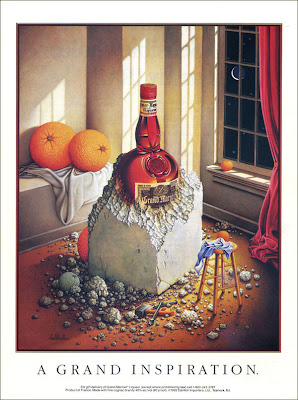 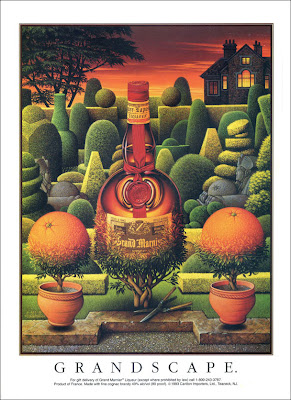 The styles of the two illustrators mesh very nicely, which probably speaks about good art directing. No offense to Grand Marnier or Braldt Bralds, but don't you think the last painting would make a great book jacket for Stephen King's The Shining?
Gervasio Gallardo was born in Barcelona, Spain in 1934. He worked in Spanish ad agencies, then in Munich, Paris and New York. In the United States, Gallardo did many book cover illustrations for Ballantine Books' adult fantasy series. In 1976, Bantam Books published The Fantastic World of Gervasio Gallardo, which is itself a fantastic collection and a favorite in my library.
Braldt Bralds was born in the Netherlands in 1951. So great is his talent that on his very first day in New York City, he received a commission to paint a cover for Time magazine! He has done commercial illustration work and covers for many high-profile magazines, but today, like Gallardo, he prefers to paint for galleries. Bralds is known today for his whimsical paintings of cats, apparently his favorite subject matter.
Posted by Mark D. Ruffner at 7:10 AM