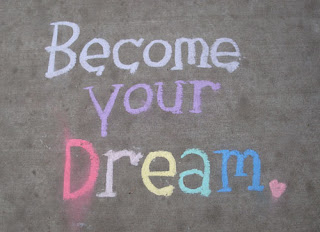 Several years ago, the residents of St. Petersburg, Florida started experiencing an interesting phenomenon. As they rushed around on errands, they'd come across an inspirational saying or a lovely poem, beautifully lettered in chalk on the sidewalk. Sometimes the chalk markings would be a poem of a dozen lines, and sometimes there would only be a heart shape. 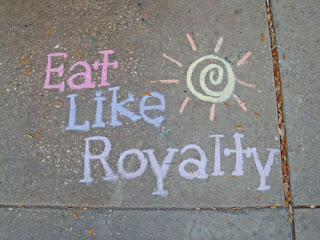 These random markings were arresting to the eye, and welcomed alike by shopkeepers and pedestrians. Eventually the artist made a segue into advertising slogans — simple, always well lettered, and always in chalk. I've come to think of him as the "Itinerant Adman." 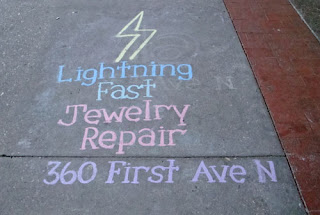 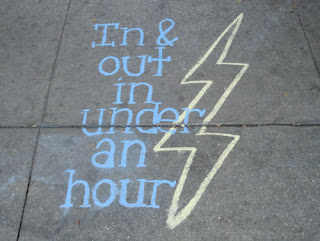 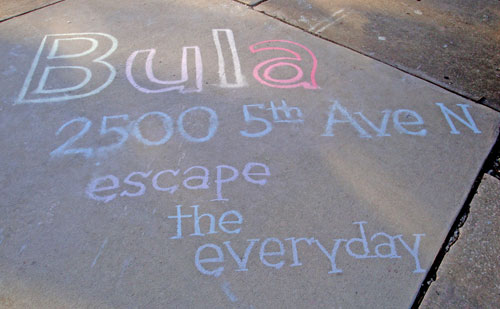 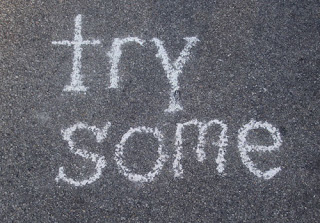 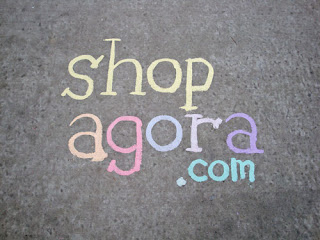 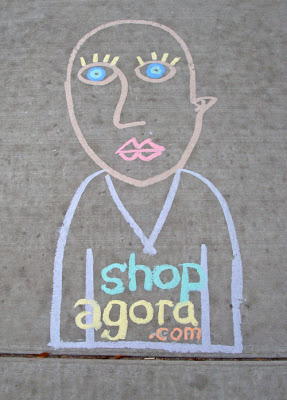 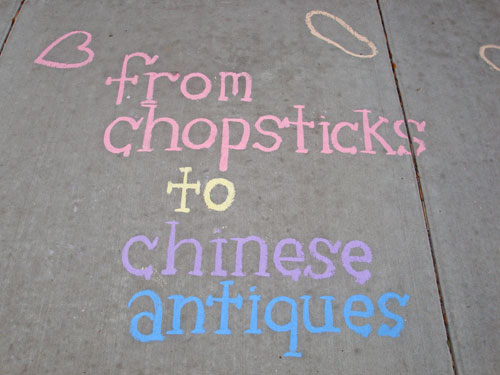 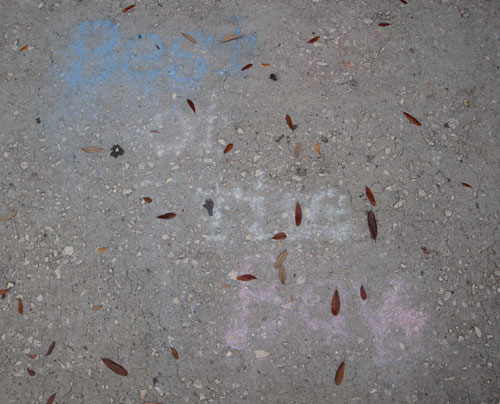 Eventually, like the classified section of an old newspaper, the ads fade and disappear. New ads appear, and occasionally a poem, a word of inspiration, or just a symbol that makes one smile. 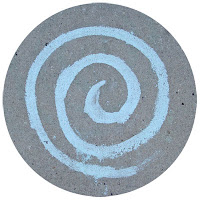