I'll start with the obligatory statue of Andrew Jackson, hero of the Battle of New Orleans, and the second military hero to be elected President. The statue by sculptor Clark Mills was cast several times and is identical to ones found at the Tennessee State Capitol in Nashville; in Jacksonville, Florida; and in Washington, D.C, across from the White House. As equestrian statues go, this one is unusual in that it rests on two points. More often such rearing horses rest on three points, employing the tail for extra support. 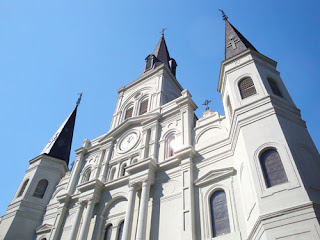 The St. Louis Cathedral dominates the square. It was founded as a parish in 1720 and is the oldest cathedral in the United States. Flags inside attest to New Orleans' history under Spanish, French and English occupation. 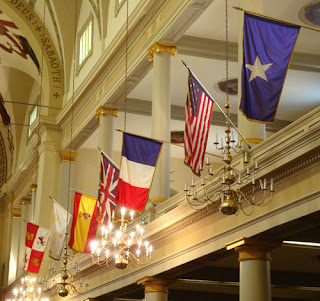 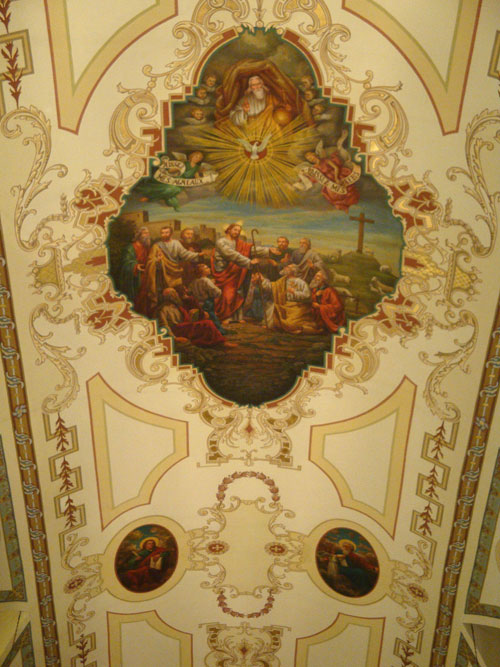 The interior of the cathedral is a rich monochrome, with colorful and beautifully painted vignettes from the life of Christ. St. Louis is featured in the stained glass. 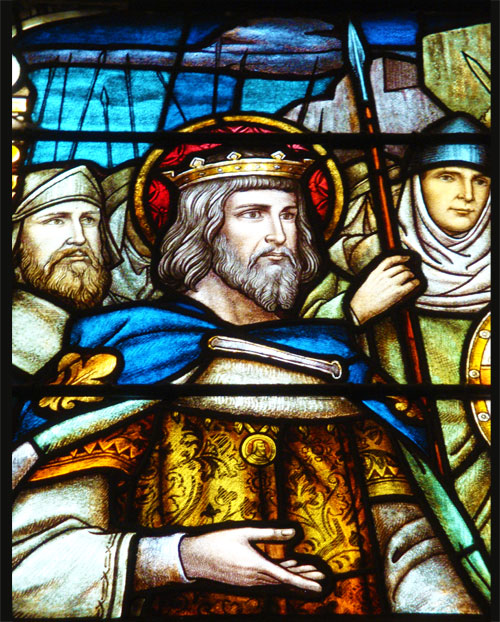 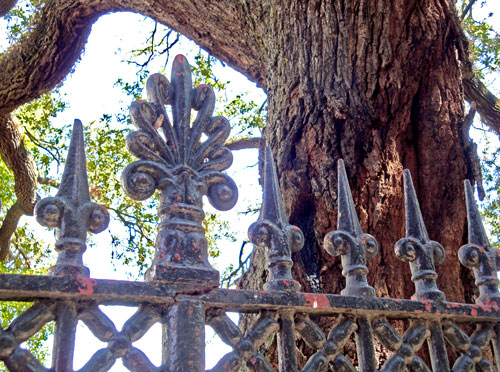 I'm always searching for the details that others may overlook. The finials on the fence that surrounds Jackson Square appear as stylized fleurs-de-lis, interspersed with the Greek palmette decoration. I'd love to have a portion of this fence at my house, otherwise I'd be glad to just incorporate the Greek design. I'm not too picky.
.
Posted by Mark D. Ruffner at 2:00 AM