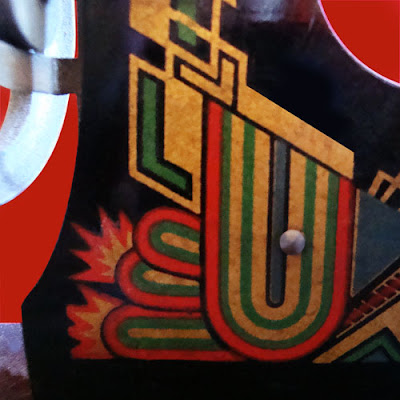 One day many years ago, I walked into an antique store and saw a toy sewing machine that was covered with Art Deco decals. As I looked at it, the toy struck me as a sculptural work, almost with a Pop Art quality, and I bought it. 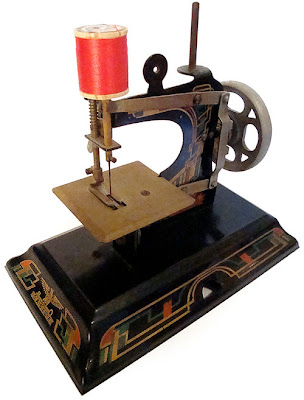 And so began yet another collection for the Ruffnerian Museum of Miscellany. The collection grew to a couple dozen, but is now down to 15. And today, I thought I'd share several toy sewing machines with you. 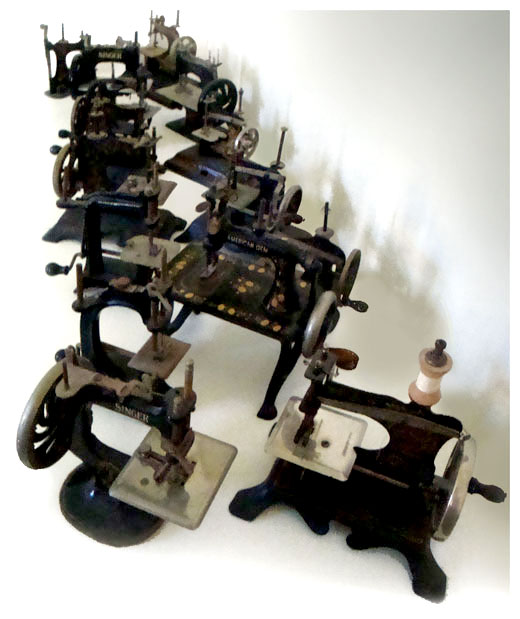 The gem of the collection is the American Gem. I've been told that this dates from the 1870s, though the stitch plate merely says "PAT APD. FOR."  It has very delicate flower decals and has survived in remarkable condition. 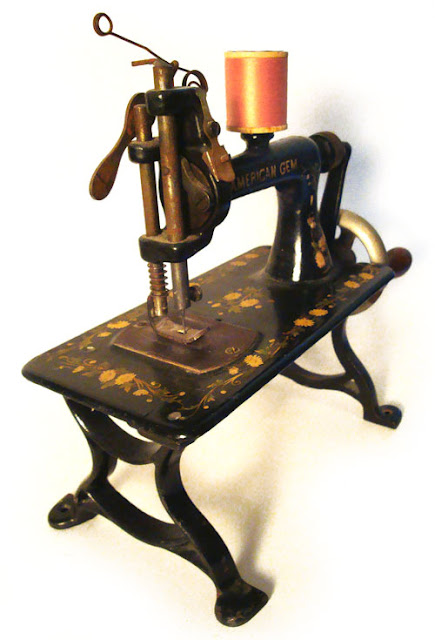 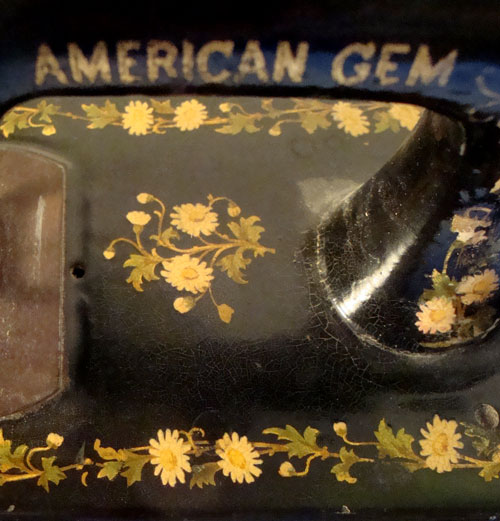 Amazingly, the original instructions for the American Gem have survived, and came with the machine.

It's important to note that these miniature machines were much more than toys! They were fully operational merchandising tools often made by the same companies that made machines for adults. They were intended not only to instruct children (girls) to use sewing machines, but also to accustom them to a particular brand. 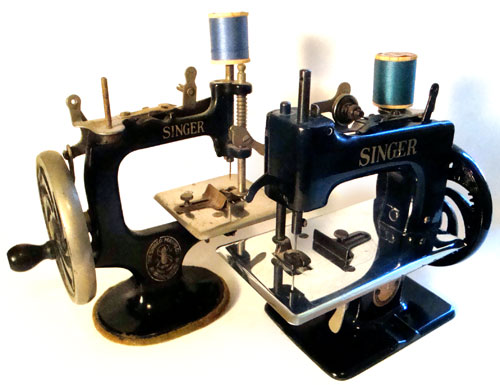 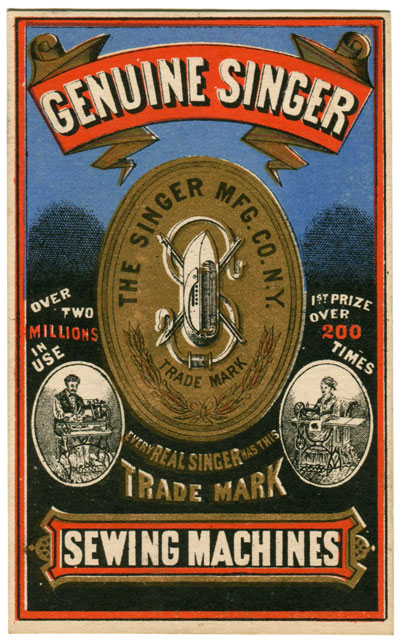 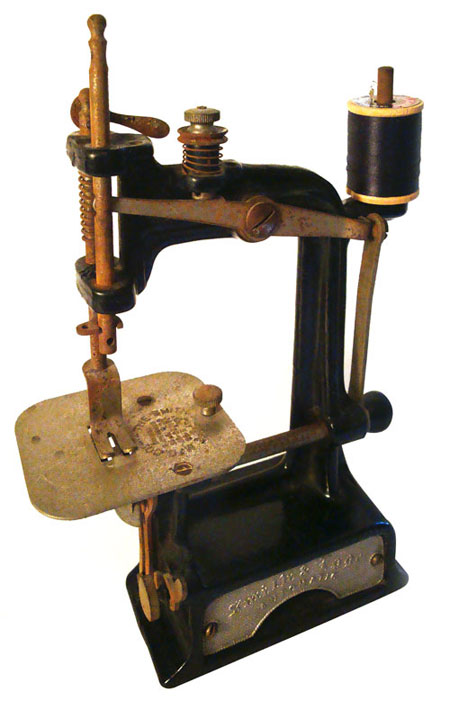 Many of the machines have patent numbers stamped onto them, and that's an easy way to date them. This Smith & Egge machine received patents in 1895, 1897 and 1899. I've always been attracted to the Smith & Egge because it does in fact look like a patent model. 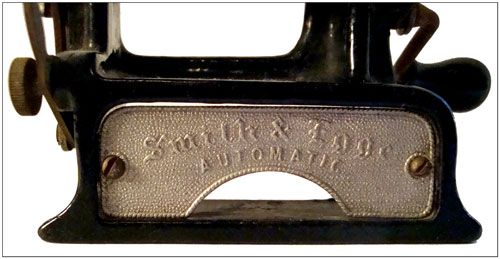 Many of the toy sewing machines were made in Germany, and below are details in a grouping from that country. 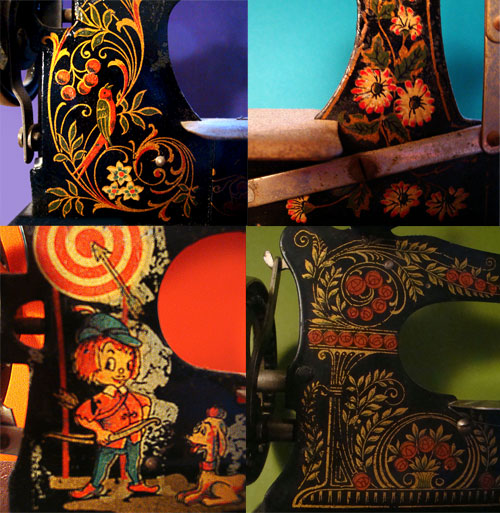 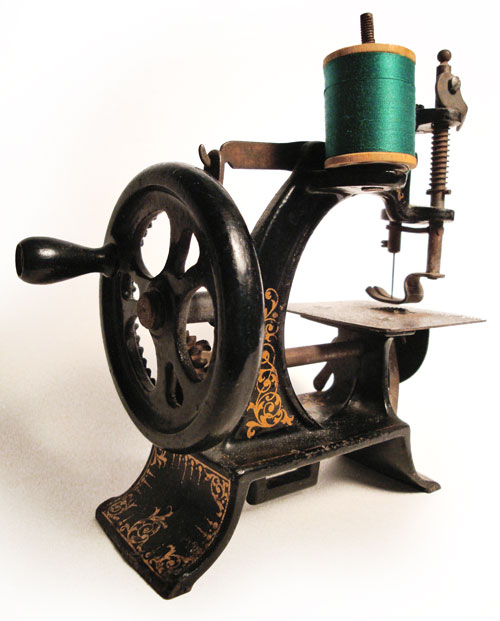 I am only the second owner of this 19th century miniature. I bought it from the estate of the original owner, so I know that it was treasured for a lifetime, as it still is.

Another collector of miniature sewing machines was the great costume designer, Edith Head. Here she is, shown with her own collection.
.
Posted by Mark D. Ruffner at 5:30 AM