My Favorite Photos of New Orleans 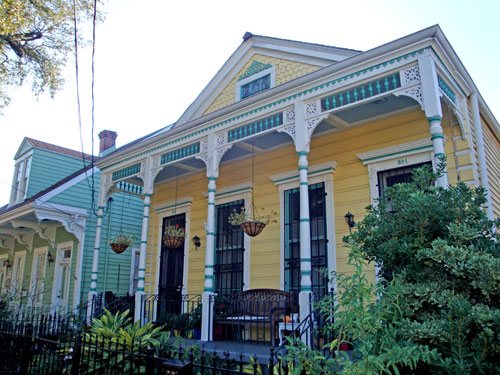 I would guess that New Orleans and San Francisco have the greatest concentration of gingerbread, an architectural form that just screams for inventive color schemes. I couldn't get enough of it. 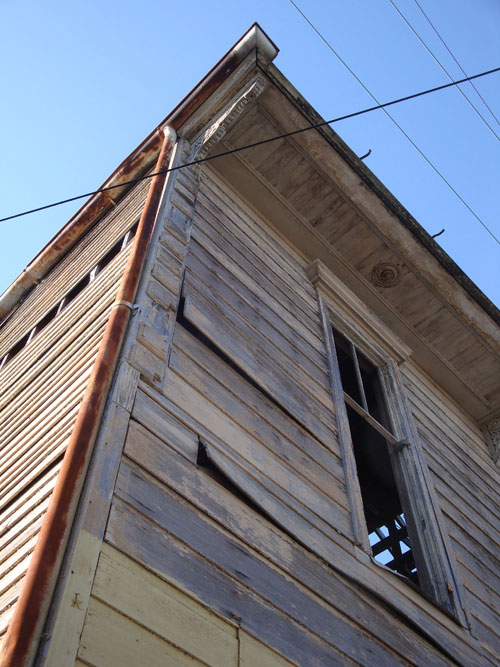 This old building, with its gaping roof, intrigued me. All around it were beautifully restored homes, yet something about this building's past had precluded such care. 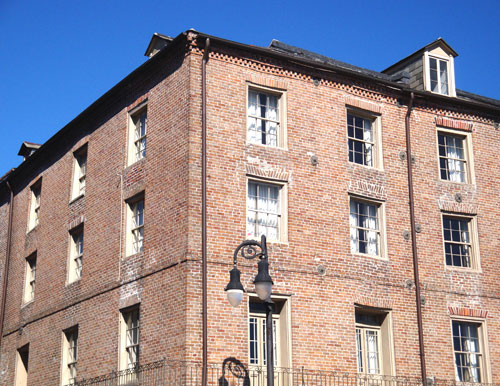 In the heart of the French Quarter, one sees evidence of the original French colonization with lots of 18th century brick buildings that look like this one. The walls have many cast iron stars, the signature of structural reinforcing rods. 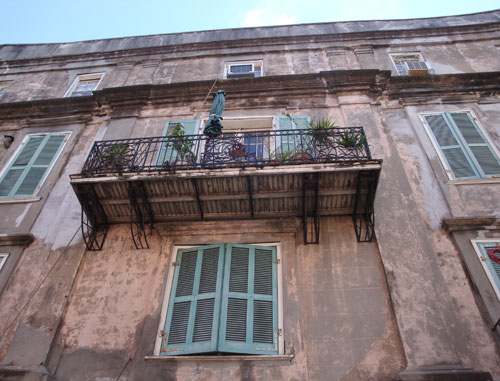 I couldn't live in a building like this without getting out and repainting, and yet to visit New Orleans is to appreciate patinas of decay as a romantic design element. 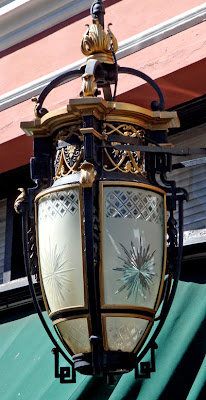 I fell in love with this lantern, which was huge (I think it was on Royal Street) and I wish I could have photographed it without a busy background — but I couldn't. 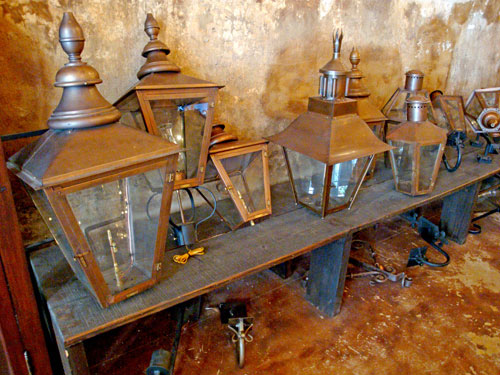 Also on Royal Street is Bevolo Gas and Electric Lights, maker of the gas lanterns that are still to be seen throughout the French Quarter. (As an aside, I have to say that I saw literally tons of plastic souvenir Mardi Gras beads in many glitzy tourist shops, but this ambiance is what would make me want to return to New Orleans.) 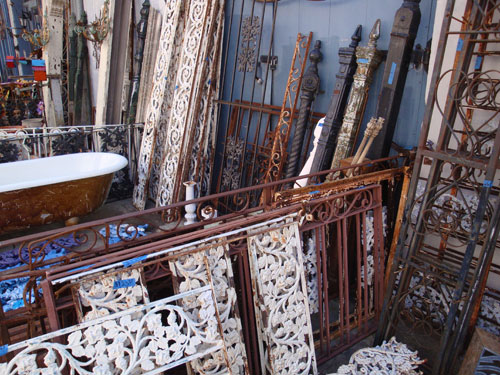 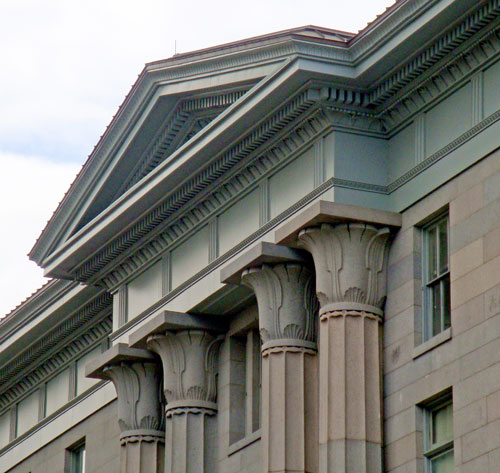 I think the most impressive building in New Orleans is the United States Custom House. It was begun in 1848 and finished in 1881 (construction dragged in part because of the Civil War). Believe it or not, today this houses the Audubon Insectarium, the largest free-standing museum in the United States devoted to ... insects. 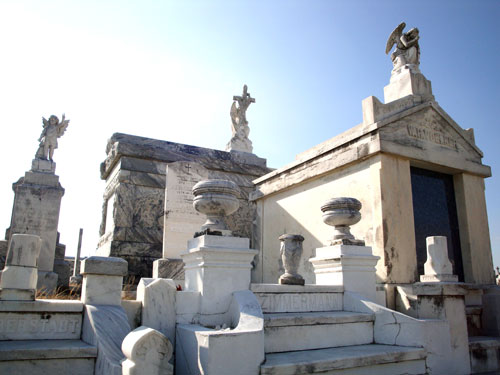 My trip to New Orleans would not have been complete without a visit to one of its famous cemeteries. The Greenwood Cemetery is not the oldest or best known, but it is filled with many picturesque above-ground monuments. 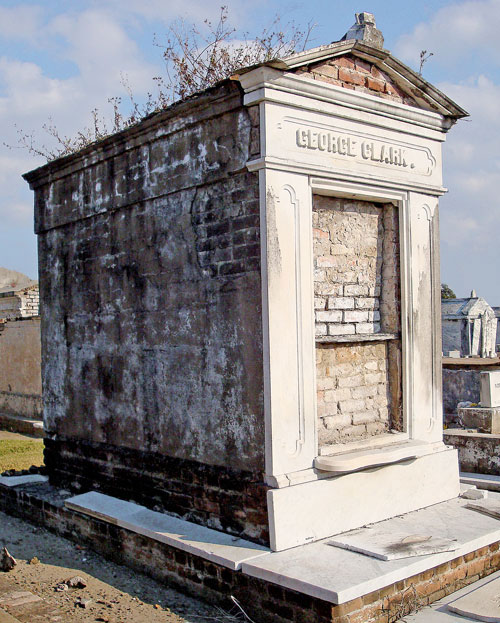