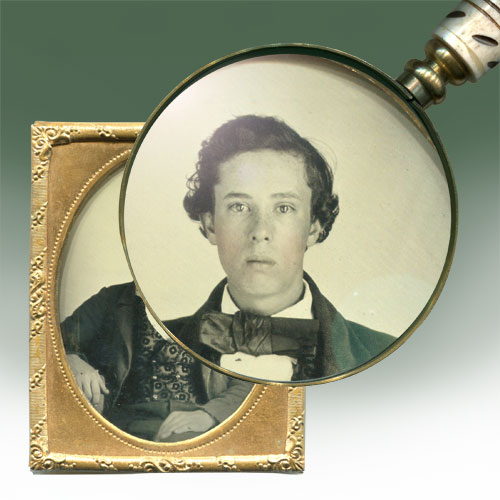 I recently purchased an ambrotype of an 1850's teenager. The case in which it came was unremarkable, but the ambrotype was in fine condition, and the earnest young face was appealing — a blank clean slate, if I ever saw one! 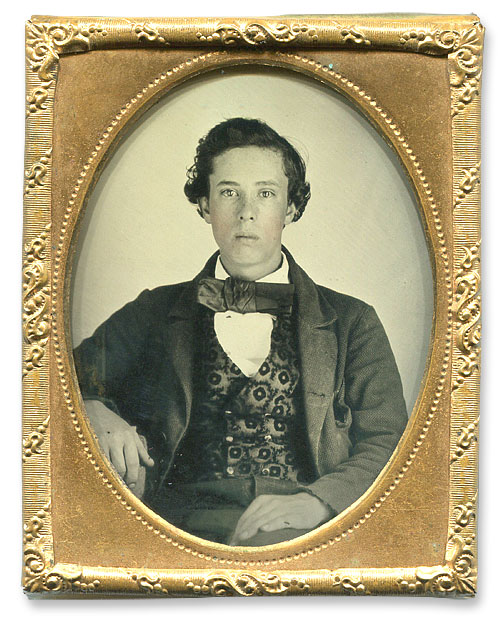 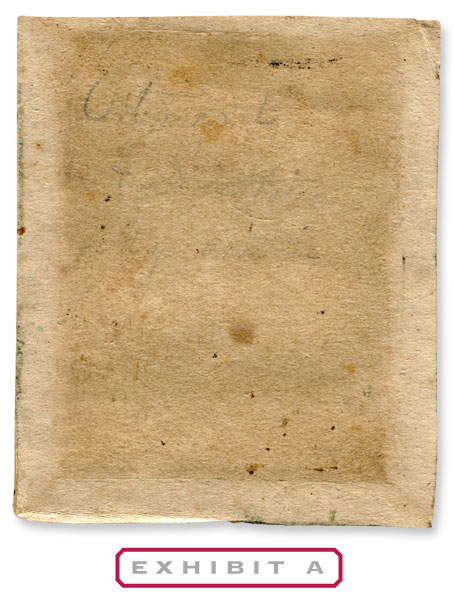 There was a piece of paper in the case that was so faded that at first, I didn't even realize that there was writing on it. So I opened this image in Adobe PhotoShop and played around with filters, trying to accentuate the handwriting and fade the background. 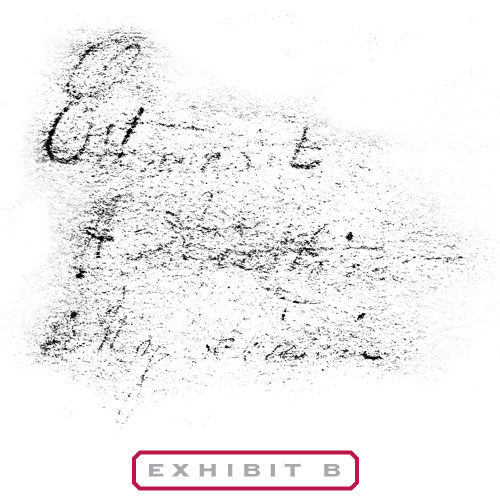 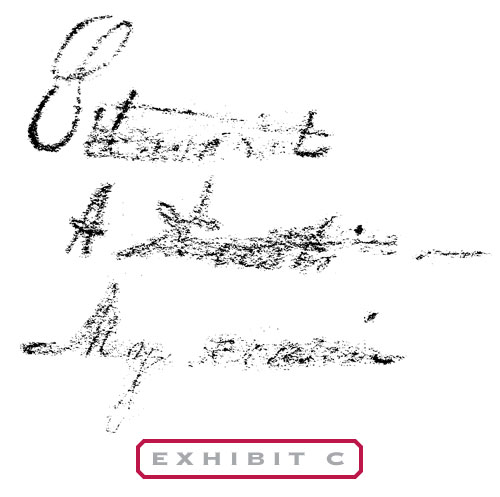 I believe that the young man's name is written on two lines and that "Stewart" is his first name. But what is the rest of the inscription? I'd love to hear your thoughts. 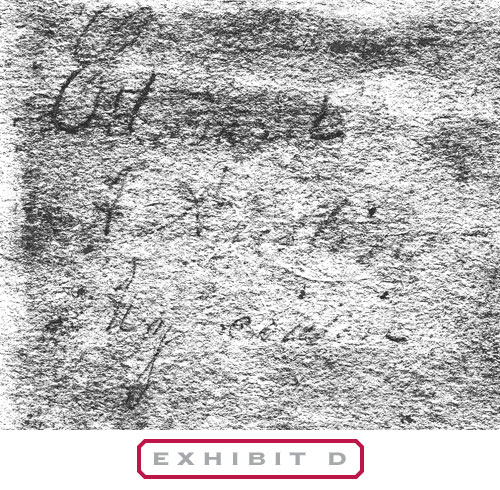 After mulling it over with a cup of coffee, contributer Carol P. suggested that I scan the inscription with a higher dpi (dots per inch).  Exhibit D is the result, scanned at 1200dpi (or four times more detailed than the original scan).  Now can you decipher it?
.
.
Posted by Mark D. Ruffner at 2:00 AM