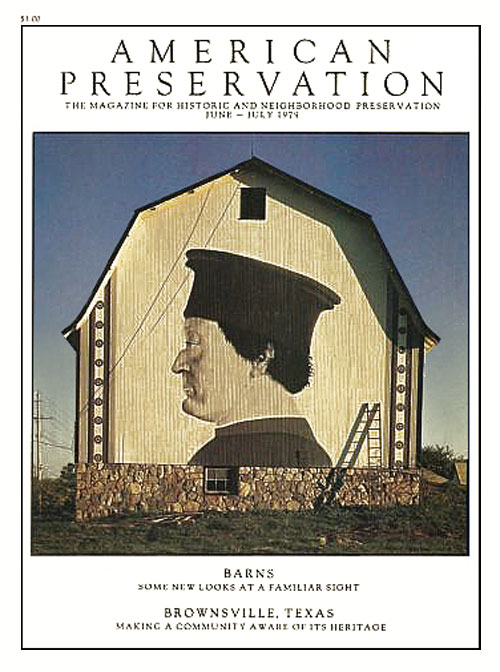 My blogging friend Jim of Road to Parnassus, familiar with my blog portrait, recently sent me this great magazine cover featuring Piero della Francesca's profile of the Duke of Urbino. I wrote earlier about Duke Federico II da Montefeltro, and the fun I had using his image to make my own portrait. You can read about that here.

When I received the cover art, I thought it was a good time to revisit this image and talk a little more about the artist, Piero della Francesca (c. 1415-1492).

Piero, the son of a cobbler and tanner, was apprenticed in Florence as early as 1432. He would have known the work of masters of the early Renaissance in an exciting atmosphere of discovery, inspiration, sharing, teaching and copying. One who inspired Piero greatly was the short-lived Masaccio, possibly the greatest painter of the early Renaissance, and one of the first masters of perspective. Below are frescoes by Masaccio, who died at age 26.


Here would be a good place to mention that Piero della Francesca, while remembered chiefly as an artist, was also a mathematician who wrote treatises on arithmetic, geometry, algebra and perspective. It's amazing to realize that in the whole span of art history, it was only in the 1400s that the principles of perspective were understood and first used in painting. Piero della Francesca did much of the groundwork. As we look at his paintings, we can see that he approached them as mathematical studies.

Possibly Piero's most important painting is The Flagellation of Christ (1455-60), above. Much has been written about this work, since it not only relates a Biblical event, but also possibly alludes to church politics of della Francesco's time. There is much speculation as to the identity of the three foreground figures. Notice that each is neatly framed within a rectangle. 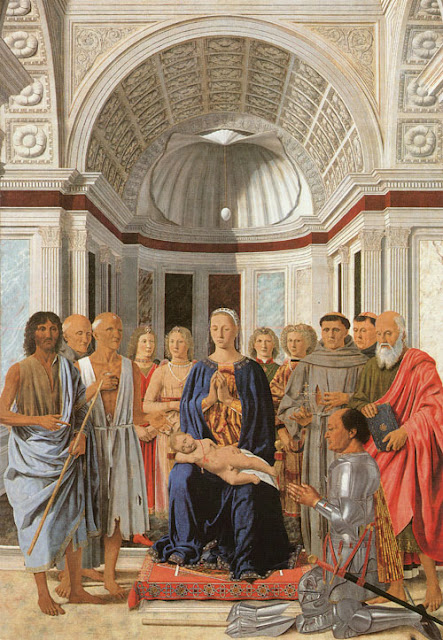 The Madonna and Child of the Brera Altarpiece (1472-74) is another painting that shows Piero's mastery of perspective. I am drawn to the egg hanging within the shell, so reminiscent of the work of Salvador Dali. Don't you suppose Dali spent some time studying this image? The egg is said to represent the incarnation of the Christ. 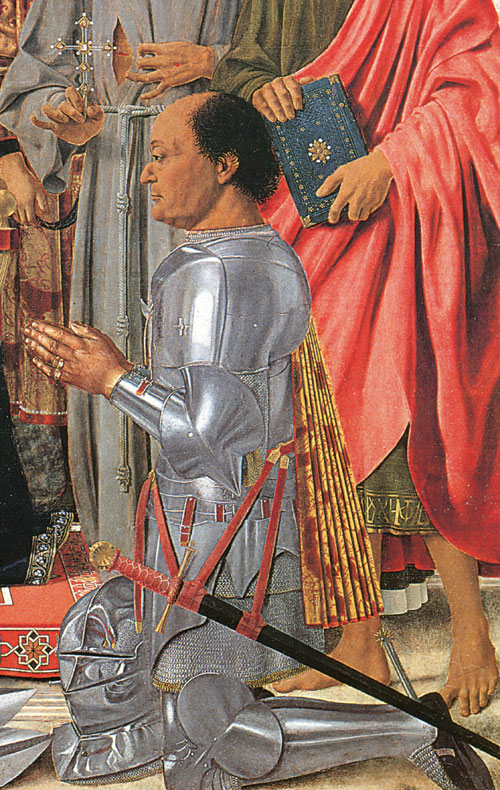 In the lower right corner, Piero depicts Federico II, Duke of Urbino and Piero's chief patron. The duke was a man of great learning and cultivation, and I have no doubt that the two engaged in long intellectual conversations.

Piero della Francesca might be best remembered for his c. 1474 double portrait of the duke and his duchess, Battista Sforza. Seen together, the portraits provide a vast panoramic landscape.

The reverse of the frame is an identical structure that showcases these two panels, the "Triumphs" of Federico and Battista. Such an unusual framing job is explained by the fact that originally these painting were not framed at all, but hinged like a book.

This unframed view is perhaps how the portraits would have been presented to Federico and Battista. Notice how the landscape is now smoothly unified?

Piero della Francesca died in his late 70s on October 12, 1492, the very day that Columbus first set foot in the Americas.


With the exception of the first two, all images in this posting are from
Piero della Francesca, one of the Rizzoli Art Classics series.

I have manipulated the images of the Duke and Duchess in the last picture
to reveal how the portraits would possibly have originally appeared.
.