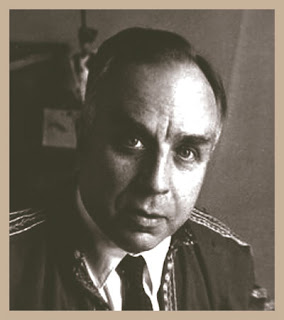 Fritz Kredel (1900-1973) was a marvelous illustrator whose work rests firmly in my consciousness. He was born in Michelstadt-im-Odenwald, Germany, and studied under Rudolf Koch, a noted German calligrapher. In this early part of his life, Kredel was noted primarily as a woodblock engraver. He worked with Koch on two books, The Book of Signs (1923) and The Book of Flowers (1930).

In 1938, Kredel left Germany for the United States, for political reasons. He was already well known in the U.S., and found work in New York teaching at Cooper Union. He also began a very successful career as an illustrator of more than 400 books, including works for Reader's Digest and the Limited Edition Club.


This is a book of Grimm's Fairy Tales from my own childhood, and as you can see, unwashed little hands opened it many times. Kredel painted the cover art.

The recent death of author and illustrator Maurice Sendak got me to thinking how illustrators of children's books inform and influence us at our most formative stage. At an early age — if we are lucky — we are introduced to so many morality plays, and while the morals of the stories are important, so too are the indelible cast of characters, and the way in which they are presented.

The characters of Fritz Kredel were charming . . . 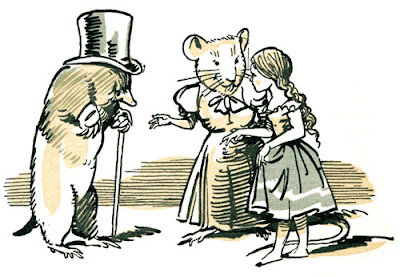 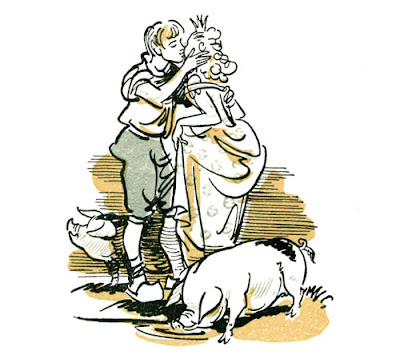 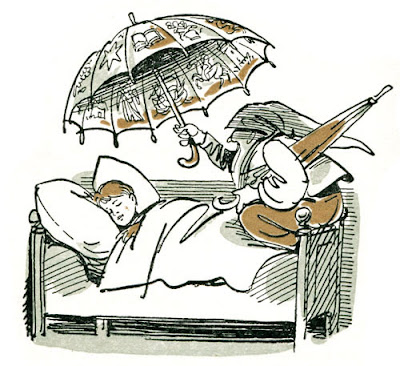 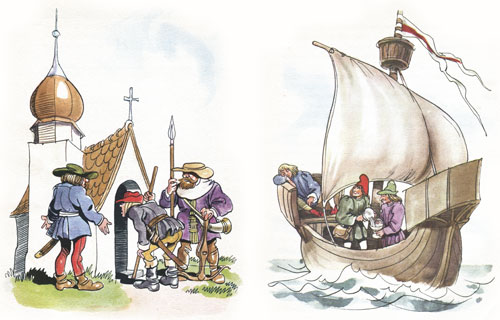 As a child, I was charmed by how Kredel played with scale. I remember looking at the illustration on the left and wondering whether such a structure actually existed. 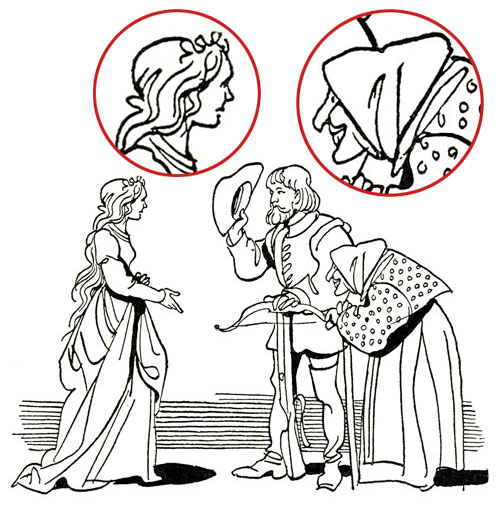 Fritz Kredel's illustrations are masterpieces of line work. He had the great ability to show personality, movement and emotion with a tremendous economy of line. Doubtlessly his drawing skills were greatly enhanced by what he had learned as a wood engraver. If you look at the two enlargements I've made, you can see that they could easily translate as woodblocks.

This is one of a series of prints of historic American military uniforms. Each print depicts two men interacting, typical of Fritz Kredel's thoughtful approach to his work. 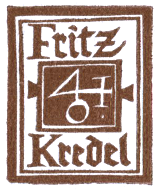