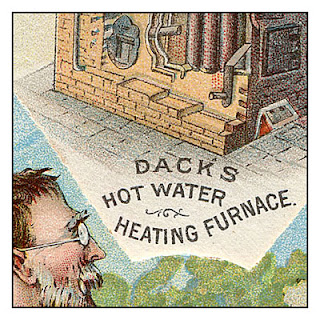 Regular readers of this blog know that I enjoy collecting 19th century trade cards. You can read all about my advertising collection here. 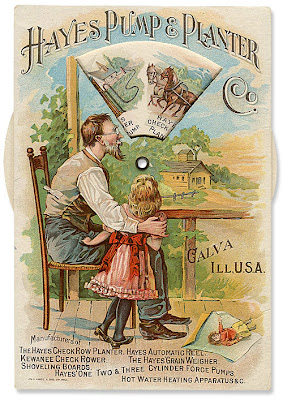 Among my rarer finds are what antique dealers call "mechanicals." That term doesn't refer to the products sold, but rather to the fact that such cards had moving wheels of images. The handsome card above, which was printed in Philadelphia, reveals five Hayes products, seen below: 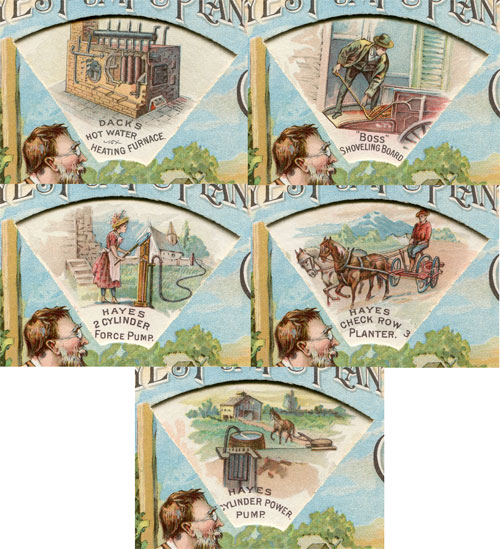 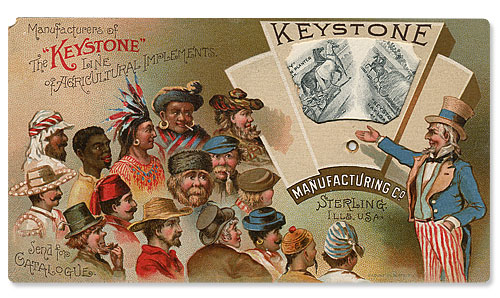 The Keystone Manufacturing Company depicted Uncle Sam within an international community, a popular Victorian theme as the world was just beginning to seem smaller. 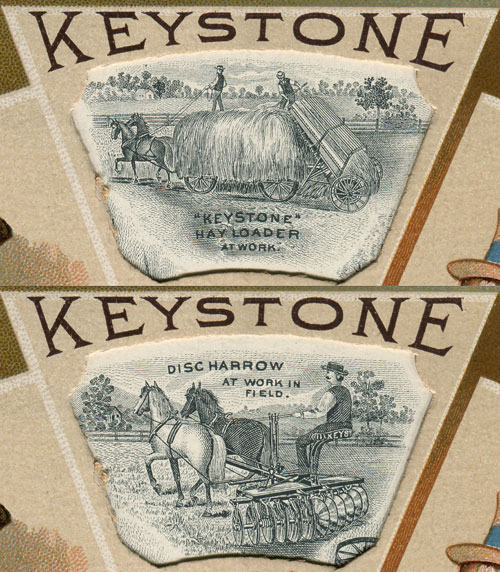 Mechanicals are relatively rare because they weren't preserved in albums like other trade cards. They almost always were also distributed with expensive purchases, like reapers. 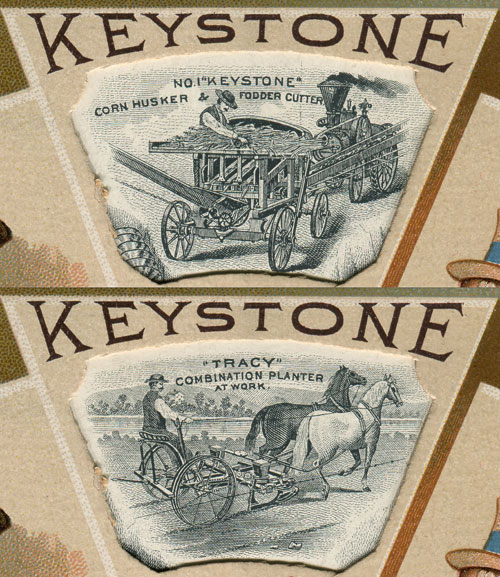 The mechanicals are literally windows onto American farm life of the 1880s, and the latest technology of that time. 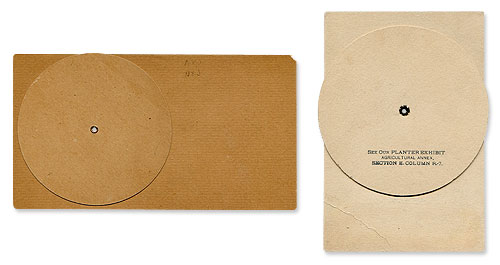 The reverse of the Hayes mechanical reads: