In October of 1955, Robert B. Young of Ford's Marketing Research Department contacted the American poet Marianne Moore (1887-1972) with an interesting challenge. It seems that Ford was in the process of designing an exciting new car, and they were looking for a name that would be distinctive. They would pay Ms. Moore "on a fee basis of an impeccably dignified kind."

Moore was up to the challenge. In a series of letters to Mr. Young she made interesting suggestions; here are a few: 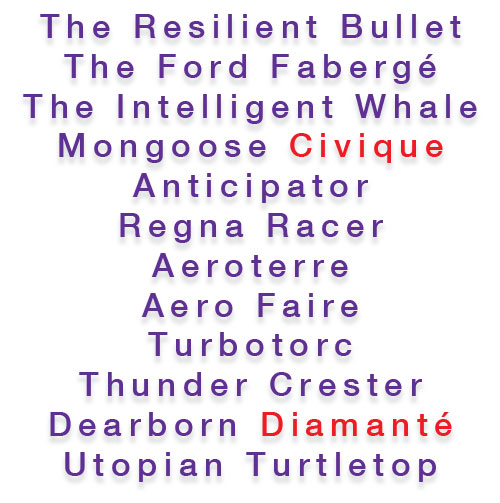 "We have chosen a name out of the more than six-thousand-odd candidates that we gathered. It has a certain ring to it. An air of gaiety and zest. At least, that's what we keep saying. Our name, dear Miss Moore, is — Edsel.


I know you will share your sympathies with us."


The Edsel was introduced in 1958. It was a spectacular failure, in part because it had been so hyped that the public was expecting a radically new kind of auto. Today, the Edsel is quite collectible — only about 10,000 exist. 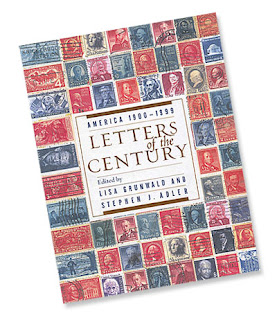 Information for this posting comes from Letters of the Century, edited by Lisa Grunwald and Stephen J. Adler. It's a portrait, through fascinating letters, of the United States from 1900 to 1999. Twitter will never rival this!
.
Posted by Mark D. Ruffner at 5:00 AM