When Salvador Dali painted his monumental masterpiece The Oecumenical Council in 1960, he was following an age-old tradition by inserting his self-portrait. He was of course familiar with the masters of the Renaissance, who often signed equally monumental altarpieces and frescoes by including their own portraits. Here are several: 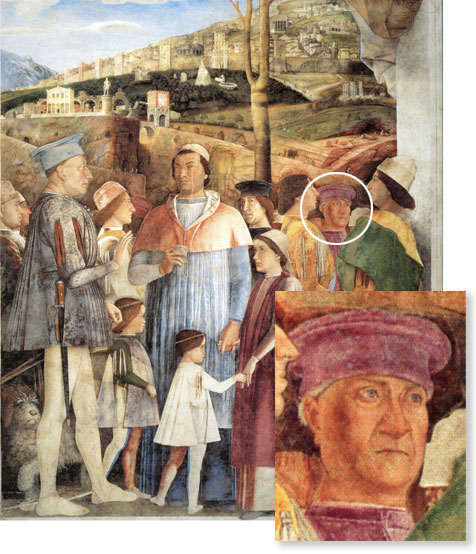 Andrea Mantegna, one of the greatest masters of the Early Renaissance, painted the family and court of  Ludovico Gonzaga in 1474. He added himself to the scene, for he was in fact a part of the Gonzaga Court of Mantua. His work was so highly regarded that he was by no means a hanger-on, though. Mantegna had his own estate and achieved a knighthood. 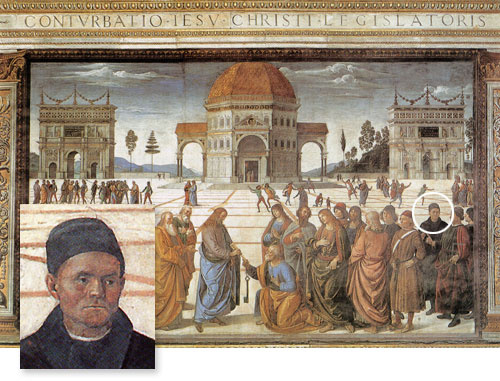 Before Michelangelo was called upon to paint the ceiling of the Sistine Chapel, Perugino planned the wall paintings of the chapel and painted a number of them, of which the Surrender of the Keys is regarded the most important. Perugino placed himself behind St. Peter, prominently. 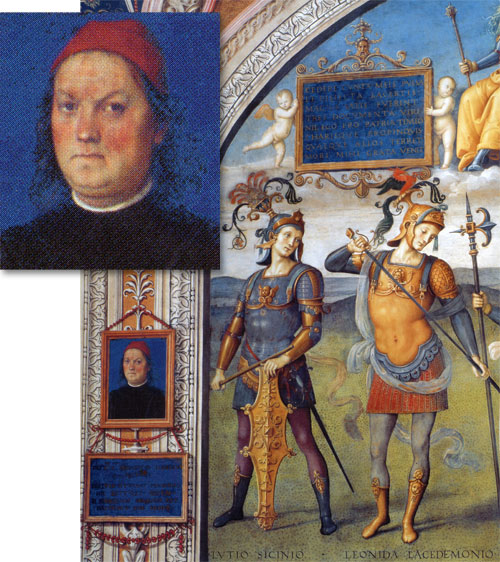 In an earlier project, the Collegio del Cambio in Perugia, Perugino went so far as to frame his self-portrait. It's interesting to see the age difference — clearly the Sistine Chapel project was the culmination of Perugino's career. 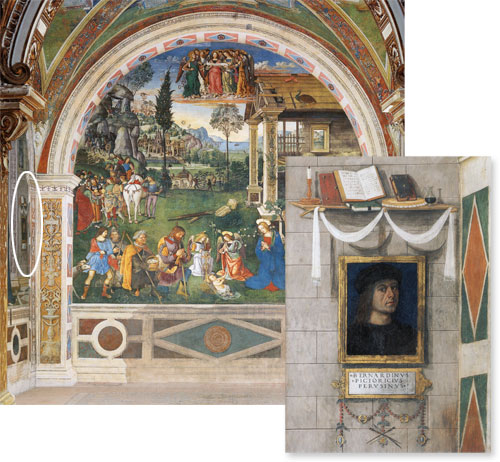 Another artist who framed himself for eternity was Pinturicchio, who decorated the Baglioni Chapel, Santa Maria Maggiore in Spello. Vasari, in his Lives of the Painters, spoke harshly of Pinturicchio but noted that he finished commissions on time! Luca Signorelli painted the walls of the Orvieto Cathedral of Umbria, noted especially for its depiction of Hell. His blond self-portrait includes a portrait of Fra Angelico, who had begun the cathedral's painting. Fra Angelico earned his name not just as a painter of angels, but also because he was respected and loved by all who knew him. 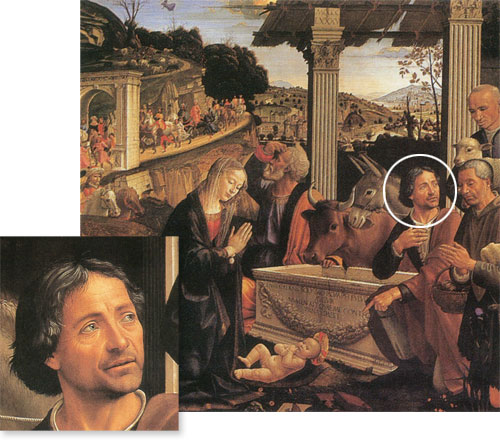 Domenico Ghirlandaio painted the altarpiece in Florence's Santa Trinità, Sassetti Chapel, in 1485. Here he depicts himself as one of the shepherds in Adoration of the Shepherds. Ghirlandaio was by far the most popular fresco painter of his time. Not only did he have extraordinary talent, but he also peopled his paintings with his Florentine neighbors and reinterpreted biblical events in the dress and locale of his time.

Perhaps Domenico appreciated what a handsome face he had, for he inserted himself into commissions with frequency. 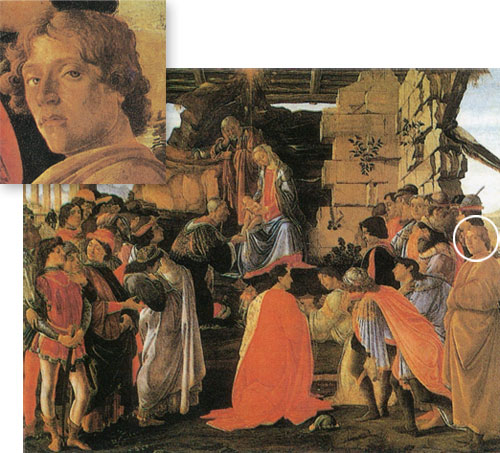 Sandro Botticelli, a contemporary of Ghirlandaio, included his portrait in the 1475 Adoration of the Magi. He was 30 years old at the time.

All images after Dali's in this posting come from two excellent books on the Italian Renaissance: