As I mentioned in the last posting, the two ignudi of my Carracci wall will both be loosely based on figures by Carracci. Just how loosely, you'll see momentarily!

I begin by finding a figure that has possibilities, and then flipping it 180°. My choice is informed in part by the realization that there is a wall directly behind where my left ignudi will go, and therefore the figure needs to either sit erectly, or lean forward, as this one does. But now I have a couple of problems:

Here's a real Frankenstein for you! For reference, I've pasted a new Carracci head on the painted figure, then added a photograph of legs and the left arm. A special thanks to my friend Dave for being a good sport and modeling for the sake of art.


Here's my version of the ignudi. The colors are true for the most part, though the purple of the base and the green below it are neither as dark nor as saturated. 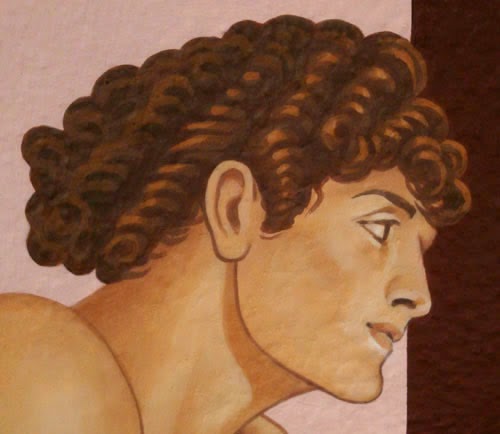 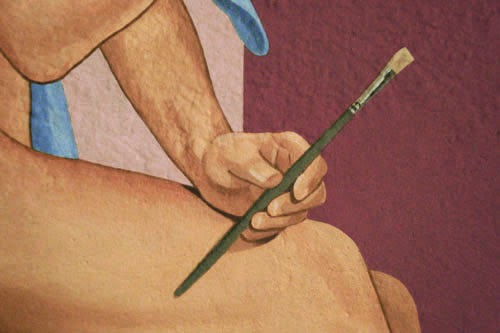 Here you can see that the wall is rather textured in areas, and so I have simplified my job by smoothing out the surface in critical, more detailed areas. 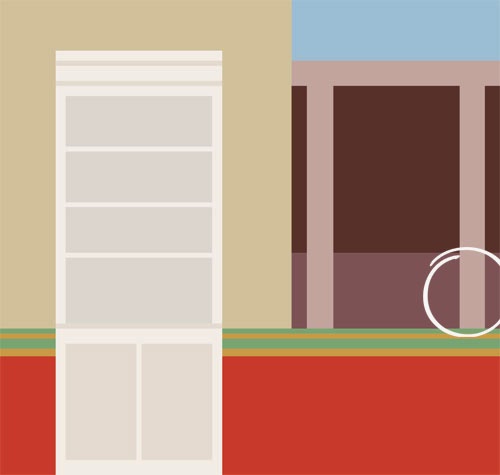 Another ignudi is yet to come, and he'll be facing the one I've just revealed. I hope you'll join me for that reveal, too!
.
Posted by Mark D. Ruffner at 7:30 AM