Fun With My Profile Portrait 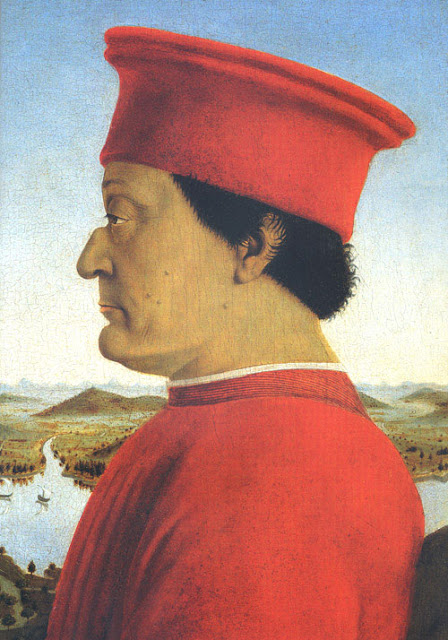 A reader (and fellow blogger) has suggested that I show more of my profile picture, and talk a little about it. So here’s the story:

I chose to use a portrait of Federico da Montefeltro, who was the Duke of Urbino from 1474 until his death in 1482. He rose in power by heading a mercenary army, and he is famous for having had tremendously loyal men, and for never having lost a war. The portrait was painted around 1465 by Piero della Francesca, a lover of mathematics who is credited today for having been a pioneer in the understanding of perspective.

There’s an interesting story behind da Montefeltro’s remarkable appearance. He lost his right eye in a jousting match, and because he feared assassination attempts, he had the bridge of his nose removed to afford better visibility with his remaining eye.

Called “The Light of Italy,” da Montefeltro was highly cultivated and amassed a library that was second only to the Vatican’s. 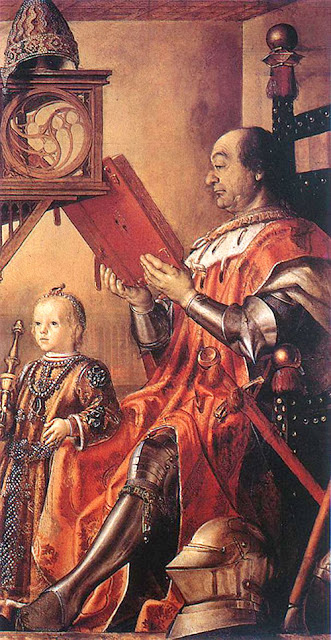 This portrait of da Montefeltro with his son captures his dual passion for things military and literary. He's wearing the Order of the Garter, which was awarded to him by England's King Edward IV. 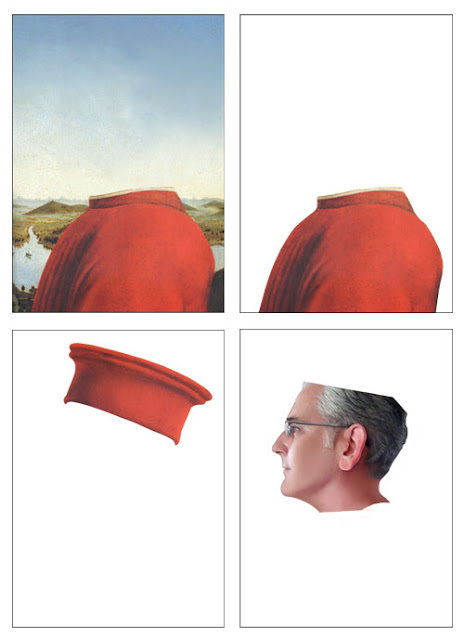 Working in the program Adobe PhotoShop, I began my profile picture by removing da Montefeltro's face and filling in the background. Naturally, I didn't need to refill the background completely (because a new face would go over it), but it's not my nature to leave holes in work, even when they're unseen! Next, I separated the body and hat into their own layers so that I'd be able to manipulate them without disturbing the background. Finally, I inserted my own face on a fourth layer - it's a shot from a digital camera. I lopped off the top of my head in a random sort of way (words I hope never to repeat) so that it would fit all the more easily under the hat. I then airbrushed almost completely over my photo so that it would match the style of della Francesca's painting. 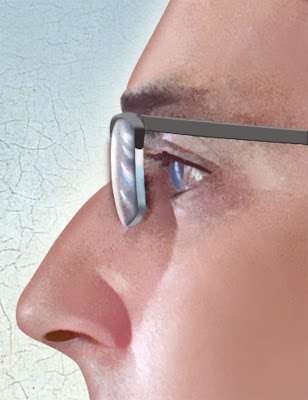 Here's a detail, showing how the face is actually very stylized. 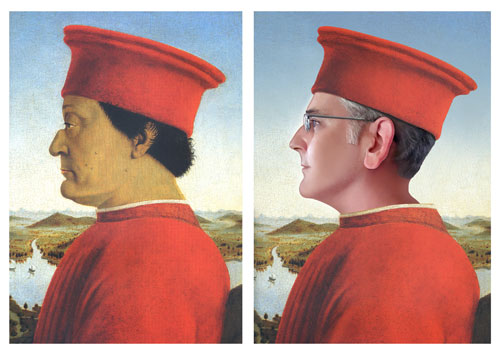 A comparison of the original and final images. In my version, the sky is a little darker and the hat has been stretched to fit my own head. I've also made the texture of the hat and the sleeve a lot smoother. There is some blotchiness in della Francesca's original, which might be due to age. Working on this image was my own way of time traveling, and it was great fun.