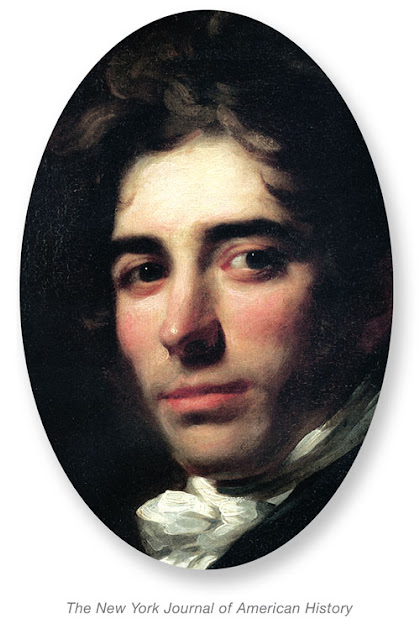 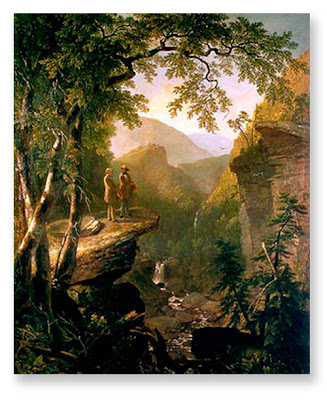 This painting. Kindred Spirits, is Durand's most famous work. According to Wikipedia, it's valued today at over $30,000,000. It's a tribute to Durand's friend, the painter Thomas Cole, seen talking with the poet William Cullen Bryant. Not many people who admire Kindred Spirits know that painting was Asher B. Durand's second occupation. Durand, the son of a silversmith, started out as a banknote engraver. It is Durand's distinctive style that has defined the look of United States currency from his time right up to the present. The image above, from the Metropolitan Museum of Art. is one of Durand's sample engravings. 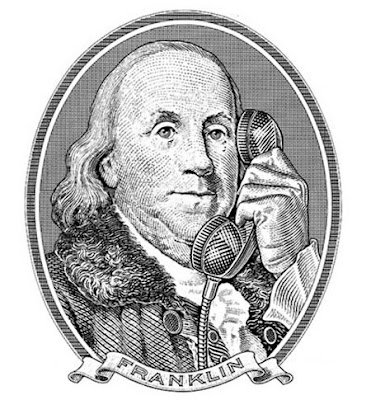 I've always had a soft spot in my heart for Asher B. Durand, the engraver. That's because, as Milton Glaser would say, banknote engraving is part of my "visual vocabulary." As a commercial artist, I've drawn money so many times, it's a wonder I didn't just join the Bureau of Printing and Engraving! I created the pen and ink drawing above for Elcotel, a company that manufactures pay phones.
Posted by Mark D. Ruffner at 7:00 AM