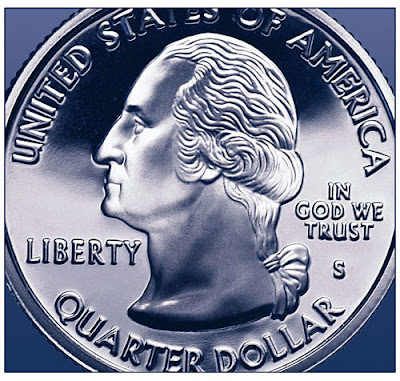 Oh, you thought I was talking about bending metal coins! No, no, I wouldn't want you to hurt yourself.

I'm talking about an unusual aspect of United States currency called the "fractional." (The fellow above is Robert J. Walker, who was President Polk's Secretary of the Treasury, from 1845-1849.) 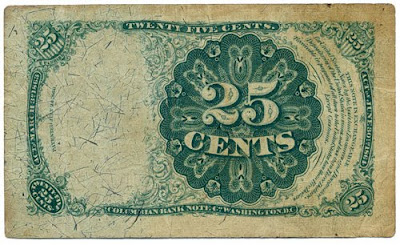 The fractional was an unusual phenomenon that lasted from 1862 to 1876. It seems that as the Civil War loomed, people started hoarding coins. Different measures were tried to counter that, even including the production of wooden nickels ("Don't take any wooden nickels!"), but finally the federal government settled on these mini-bills. This one measures 2" x 3.5" - the size of a standard business card. 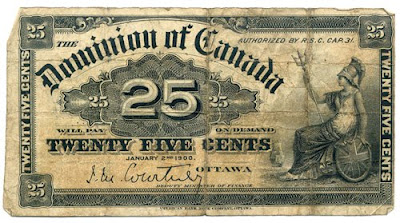 Canada issued its own fractionals; this one is dated January 2nd, 1900.

My advice is to buy a fractional and then defray the cost by winning bets based on whether or not you can bend twenty-five cents (you'll have to be careful in your wording). Then you'll start making money to support your habit, whatever that might be. Mine is buying more antique paper!
Posted by Mark D. Ruffner at 7:00 AM