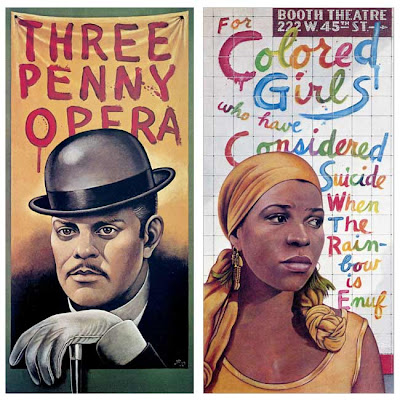 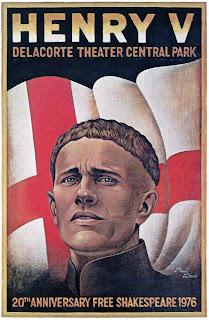 Davis (b. 1938) was a member of Milton Glaser's Push Pin studios,
which revolutionized the advertising world of that time.
He had a unique style, one that hearkened back to early
20th century posters and road signs. 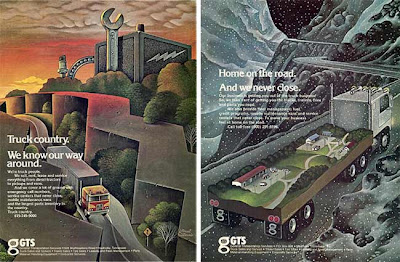 Though art directors initially balked at using his style -
which had a decidedly folk art look -
Davis became quickly popular and worked for many big clients. 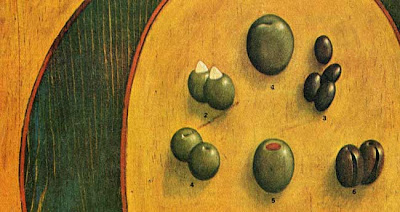 He often did commercial jobs by painting on wood.
As you can see, Davis had a very earthy palette,
which helped make his work instantly recognizable.
I don't remember the source, but I have this note in my files on him:
"In January 1976, Paul Davis made a trip around the world.
His carry-on bag held six little canvases and nine colors:
• yellow oxide • cadmium yellow light • cadmium red light
• green oxide • burnt sienna • burnt umber
• phthalocyanine blue • napthol crimson • cerulean blue." 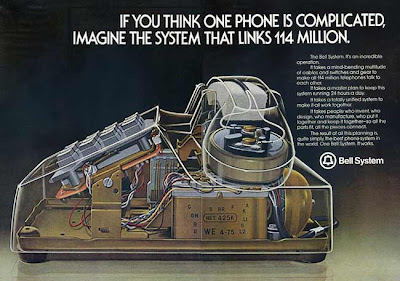 In light of the Internet, it's interesting to read this headline, isn't it? 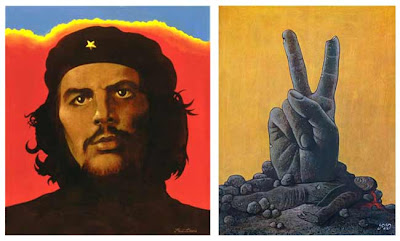 Though not a particularly political person,
Paul Davis' work supported a number of liberal causes.
His iconic poster of Che Guevara outraged many,
and Davis was both surprised and frightened when the lobby of
the political journal Evergreen was firebombed because of it. 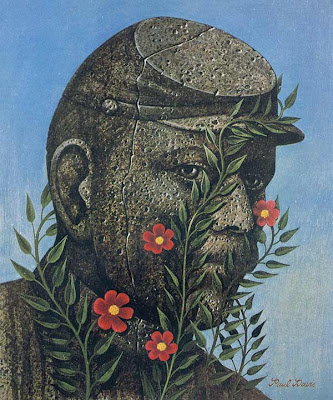 Paul Davis is still painting, though he has moved away
from advertising and editorial art.
Posted by Mark D. Ruffner at 7:50 AM