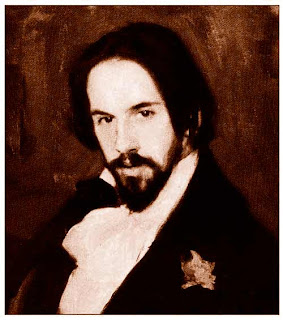 Ivan Bilibin (1876-1942) was a leading Russian illustrator and graphic designer of the early 20th century. His style evoked Russian folk art, and iconic and medieval art. His illustrations for Russian fairy tales brought him early recognition. 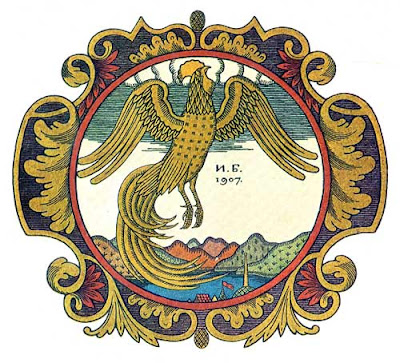 This is the back cover illustration for Alexander Pushkin's The Tale of the Golden Cockerel. Later, Bilibin would design stage sets for the play of the same name. 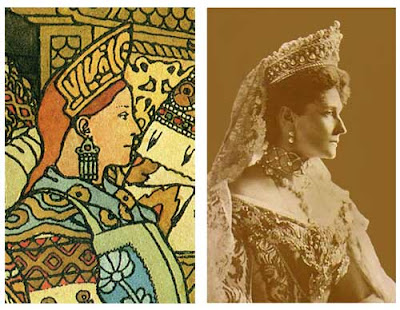 I think this detail of an illustrated czarina is interesting for its resemblance to Czarina Alexandra. The next three illustrations show Ivan Bilibin's evolution in style from 1906 to 1941. 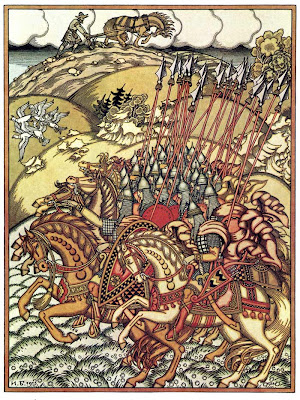 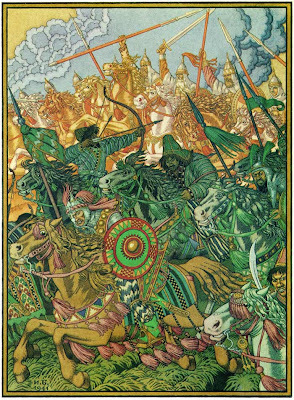 You'll get a better feel for Bilibin's work if you click on the three images above.
The bottom two show his detail particularly well.
One can see from these images, and all of Bilibin's work, that he was a tremendous researcher. He traveled throughout Russia sketching, and he researched details in museums. Bilibin became a stage and costume designer, and his costume designs, like the 1929 Prince Igor, below, are beautifully finished illustrations. 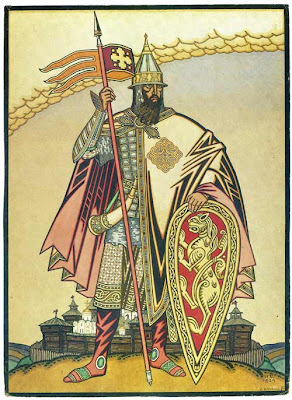 Ivan Bilibin was a strong graphic designer who had many logos and bookplates to his credit. I'd like to call one little detail to your attention. If you click on Les Amis de L'art and see the slightly larger version, you'll notice that the double line below the lettering is ever-so-slightly bowed. It's an elegant touch and reveals that Bilibin didn't use mechanical tools slavishly. In fact, I believe the other lines in this logo are "drawn."

Bilibin's style was established early and was popular enough that he had a number of imitators. He was especially concerned that his own work not become formulaic. In later years, he tended to greater realism. The image below, while not a commercial piece, nonetheless shows the direction of Bilibin's later book illustrations. 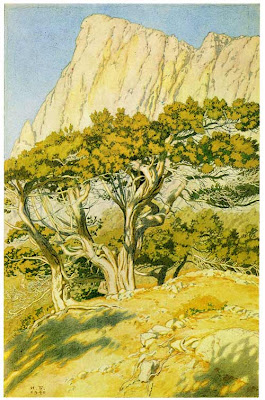 Late in life, Bilibin taught at the Leningrad Institute of Painting, Sculpture and Architecture. All these illustrations come from two excellent books, Ivan Bilibin, Harry N. Abrams, and a reprint of The Tale of the Golden Cockerel, Thomas Y. Crowell Company.